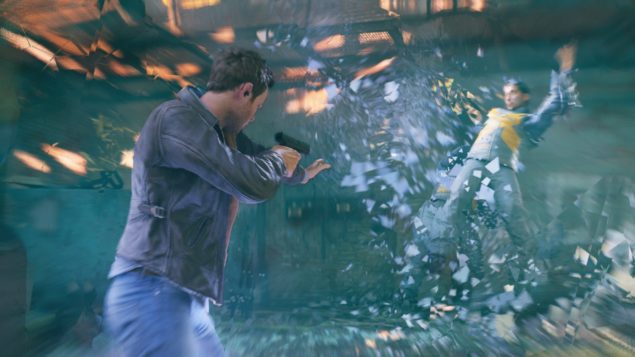 Today it was announced that Quantum Break from developer Remedy Entertainment, is the UK's best selling retail Xbox title, hereby beating titles such as Dirt Rally and The Division. According to Chart-Track, sales are tracked for the Xbox One version only, and digital downloads aren't included in the chart.

On top of this great news for both Microsoft and Remedy,  Microsoft announced that Quantum Break is now their "best selling" new IP.

Thanks to our fans for making @QuantumBreak our best selling new IP of this generation and #1 game in the UK! https://t.co/HYw1MWXZsv

According to Microsoft's head of Xbox marketing, Aaron Greenberg, the 'claim' is solely for new IP, and doesn't apply to already established franchises or IP's. The claim isn't merely for IP's or franchises that Microsoft owns, but applies to all of the new IP's that Microsoft has published.

@Schnittgemuese Claim is for new IP, Halo is an existing IP/Franchise

Recently, Greenberg already stated that pre-orders for Quantum Break were exceeding their expectations. According to Xbox's marketing head, pre-orders for the game were going "really strong", and they could well be sitting on a "mega hit".

Quantum Break was released last week for both Xbox One and PC.  While the Xbox One version seems to perform just fine, the PC version is plagued by performance issues. Remedy has stated that they are aware of these, and is looking into them.

Originally presented as an Xbox One exclusive, Quantum Break was first scheduled for a release in 2014, but was delayed several times. According to publisher Microsoft, the reason for the game's most recent delay was due to a clash with other Xbox One exclusives releasing late 2015. Following that delay, Remedy’s Sam Lake, assured fans that the extra development time on the game, will be used to further “polish” the game.

Let's hope that Remedy will soon fix the apparent PC issues of Quantum Break. Nonetheless, an amazing accomplishment for both Microsoft and Remedy.