Quantum Break for PC Is Yet Another Disappointment from Microsoft 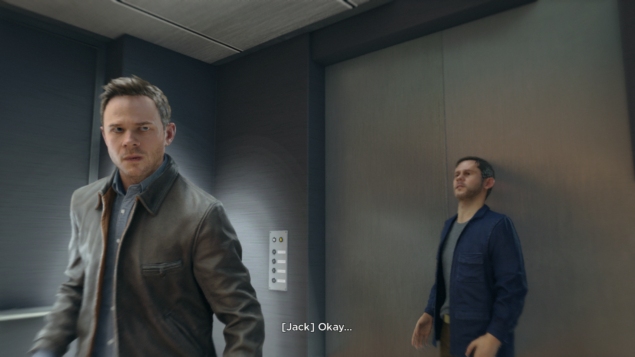 When Quantum Break was announced for PC, just two months ahead of the planned release date, there was cause for joy among PC gamers.

Finnish developer Remedy Entertaiment has a great track record and they've historically supported the PC platform with all of their titles, so it comes as no surprise that they pushed to get the game on Windows as well as the previously announced Xbox One release.

That said, there was also cause for concern for this version. So far, games made with the Universal Windows Platform have proved to be disappointing in several ways; Gears of War: Ultimate, for instance, still has performance issues over a month after its launch. Moreover, as reported a few days ago Microsoft only provided Xbox One codes to the press for pre-launch reviews, with PC codes delivered only yesterday.

I've had some time to test Quantum Break for PC and unfortunately, so far it's been another disappointment. The test rig is 4K ready: i7 3770 CPU, 16GB RAM and 2xGTX 980Ti. With this computer I was able to play Rise of the Tomb Raider (the Steam version) at 4K with max settings staying close to 60FPS, and Tom Clancy's The Division at 1440P with max settings and close to 60FPS frame rate.

However, since my 4K display is currently on its way to ASUS for a replacement I had to reinstall my 1080P display. The bad news is that Quantum Break at maximum settings doesn't run well at all, even with this configuration, at FullHD resolution. 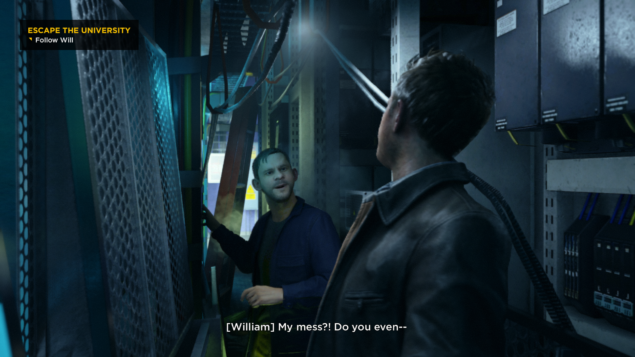 With GSYNC enabled it's literally a slideshow. Once I disabled GSYNC, the game became playable but full of stuttering. Furthermore, the graphics are actually more than a bit underwhelming due to plenty of aliasing and blurry textures. This can't even be fixed via downsampling - I have DSR (Dynamic Super Resolution) enabled in the NVIDIA panel, but resolutions higher than my native one (1080P) can't be selected at all within the game; it seems likely that AMD users will face the same result with their equivalent VSR (Virtual Super Resolution).

I've even tried to disable SLI, but it had no effect at all on performance. It's likely that both SLI and Crossfire do not work right now, which is a problem across the board for DirectX 12/UWP games for the moment being, but I found no benefit going back to a single card either. 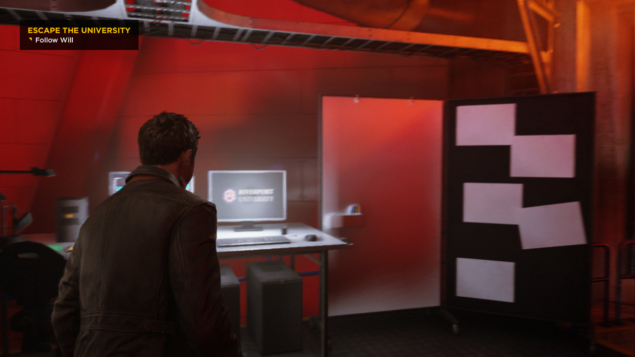 There's no doubt that Remedy and Microsoft will try to improve performance via updates in the future and I sincerely hope they can do it soon, so that everyone can enjoy Quantum Break at its fullest. Right now, though, this port isn't in a good shape. Recent games like Rise of the Tomb Raider and Tom Clancy's The Division have raised the bar, looking and performing much better than Quantum Break does right now even though they both feature far larger environments than Remedy's title.

Moreover, this is the second DirectX 12 only game to be released. Both were distributed via the Universal Windows Platform and published by Microsoft; both, so far, have been disappointments in terms of performance. This is not encouraging for Microsoft's renewed effort in PC gaming.