Quantum Break, the action game developed by Remedy Entertainment launching next week on Xbox One and PC, has been in the hands of a lucky few for some days already. Plenty of gameplay videos showcasing the first Act of the game have surfaced online in the past few days and today another video showcasing more of the game has surfaced online. 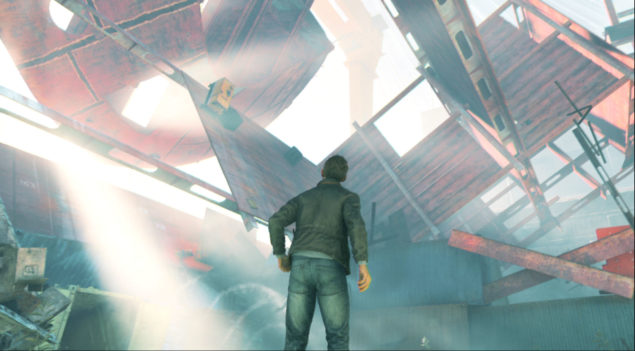 The new Quantum Break gameplay video showcases Act 2 of the game in all of its glory. The video obviously includes spoilers, so avoid watching it if you want the game to be a complete surprise for you when the game launches on April 5th.

On a related note, a couple of new screenshots taken from the Japanese language version of the game have surfaced online. The screenshots show some shooting sequences, the special time manipulation powers wielded by main character Jack Joyce and the live action sequences. You can check out the new screenshots right below.

A couple of days ago, Remedy Entertainment's head of public relations Thomas Puha has shared more on the already mentioned Quantum Break live action sequences, why the team decided to go with them instead of 20 minute long cutscenes, and why they couldn't include the live action episodes on disc.

Last week, Mr. Puha also revealed that members of the development team have only recently become able to enjoy the game at home. Playing the game in an optimal setting has allowed him to get another perspective on the game, also noting how the game's Hard difficulty setting can be quite challenging.

Quantum Break launches on Xbox One and PC on April 5th. More on the game by Remedy will surely come in soon, so stay tuned for all the latest news.