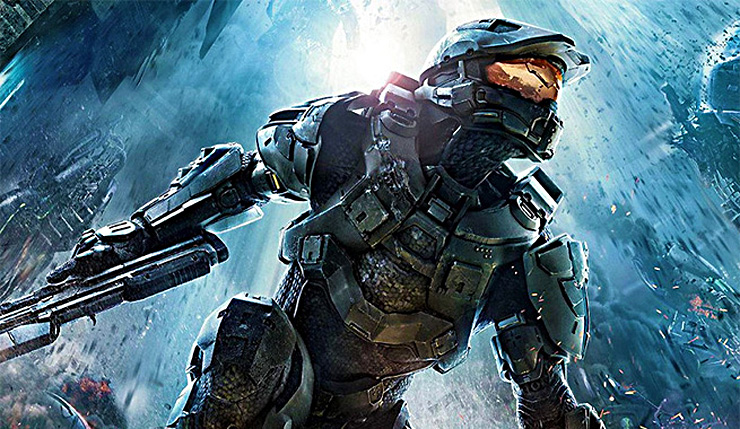 Microsoft has revealed the games they’ll be adding to Xbox Game Pass in September, and it’s a stacked lineup! Highlights include Remedy’s cinematic time-travel thriller Quantum Break, the recently-updated Halo: The Master Chief Collection, and the criminally-underrated car combat game, Onrush. Check out official Microsoft descriptions of all the September Xbox Game Pass titles, below: 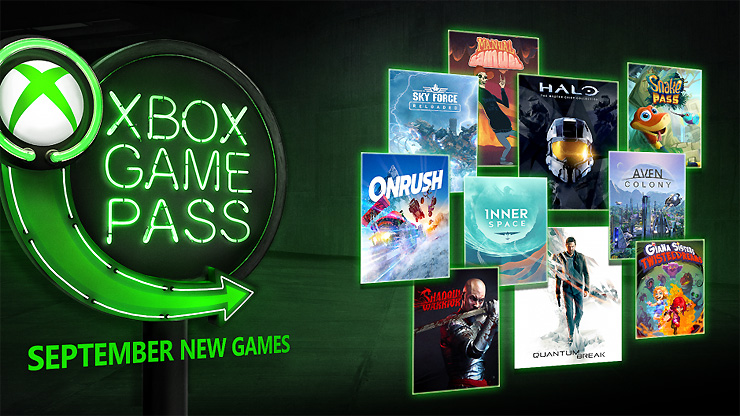 From Remedy Entertainment, masters of cinematic action games, comes Quantum Break, an epic, sci-fi adventure where you take on the secretive Monarch Solutions organization to fix a fracture in time. Featuring a star-studded cast of actors including Shawn Ashmore, Aidan Gillen, Dominic Monaghan, and Lance Reddick, strap in for a thrilling and intense story that combines time-amplified suspense and an edge of your seat live action show.

Onrush features high-impact, adrenaline-fueled off-road arcade racing with a focus high-tempo excitement and fun. In Onrush, you’ll need to build up your boost and show your opponent’s who’s boss with a perfectly timed takedown that scores maximum points for your team. If you’re the one who gets taken down, you can get back into the action quickly with the Stampede System, which respawns you right back into the mix. Want to gain a real edge? Unleash your Rush, a blast of power and speed that allows you to quickly take down your foes.

Take on the role of a governor who must oversee the Aven Expedition on the alien planet of Aven Prime, a moon that orbits a massive gas giant that’s many light years from Earth. You must help grow this tiny, vulnerable colony into a massive, sprawling sci-fi metropolis while battling everything from social policies to giant space sandworms.

Developed by indie studio Flying Wild Hog, Shadow Warrior is a 2013 reboot of the 1997 classic first-person shooter. It tells the offbeat tale of a corporate shogun named Lo Wang who is ordered to find a legendary blade of limitless power by his employer, Zilla Enterprise. Spoiler: Lo Wang is betrayed and left for dead, forcing him to fight back with a combination of guns, magic, his blade, and his equally sharp wit to uncover the truth behind a looming demonic invasion.

Sky Force Reloaded, developed by Infinite Dream, seamlessly blends the gameplay from classic arcade shoot ‘em ups with modern visuals and design. This game will grab you with the things you’ve come to love in scrolling shooters: Massive explosions, incinerating lasers, colossal bosses and a wide variety of aircraft to pilot. Sky Force Reloaded will draw you in with its beautiful environments and intense effects and keep you with its superb gameplay mechanics, progression system and in-game collectibles. Once it’s over, you’ll be wishing for more. Thankfully, there’s plenty to do before that happens.

This unique game by the team at Perfectly Paranormal features one of the most memorable control schemes in recent years. After Samuel dies and makes a deal with the Grim Reaper, our hapless hero must survive for a whole day by controlling his entire (and we mean entire) body manually. From working and driving to even blinking and breathing, every minute task is your responsibility, often to hilarious results. This is also a great co-op experience for you and a partner, as you must share the bodily function workload if you hope to see Samuel survive

Join Noodle the Snake and his friend Doodle the Hummingbird in this physics-based platformer as you slither, coil, and climb around his tranquil home of Haven Tor in a quest to reunite missing Keystones with the magical gates that power this mythical world. Find hidden collectibles, take on Time Trials, and play the brand-new Arcade mode to prove that you are the slickest slitherer around.

Created by Black Forest Games, Giana Sisters: Twisted Dreams is a fast-paced, frenetic platformer with a unique gameplay twist. In addition to plenty of old-school, retro-era platforming, you’ll be able to warp Giana’s dreams to change up your abilities in an effort to better battle the twisted creatures living within them. Featuring graphics that pack a visual punch and tight platforming controls. Giana Sisters: Twisted Dreams sees you morphing between two dream worlds to solve puzzles and fight furious foes. You’ll need to utilize both Punk Giana’s hammering dash attack and Giana’s twirling jump attack and if you want to make it through this double-edged ordeal alive.

Created by a small team of seven developers at PolyKnight Games, InnerSpace is a beautiful space exploration game with no horizons. You’ll navigate breath-taking landscapes and submerge yourself in lost oceans in your search for the ancient gods of the Inverse, a dimension of inside-out planets. As you explore, you’ll awaken old friends and foes, hunt for relics that help to uncover the history of the Inverse, and collect wind that you’ll use to unlock and master each of the game’s seven airframes.

Xbox Game Pass grants players access to more than 100 Xbox One and Xbox 360 games for 10 bucks a month — you can check out a full list of available games here. Interested in Game Pass, but don’t have an Xbox One? Microsoft recently launched the Xbox All Access program, which gets you an Xbox One console, Xbox Live, and Game Pass for a reasonable monthly fee – you can get more details here.

Again, nice lineup this month – certainly better than the September Games With Gold selection. I guess we know where Microsoft’s priorities lie. In addition to Quantum Break, Halo: MCC, and Onrush don’t sleep on Aven Colony, Snake Pass, or Giana Sisters! So, which game will you be tackling first?