Quake Champions Gets First Gameplay Trailer, Closed Beta Due in 2017 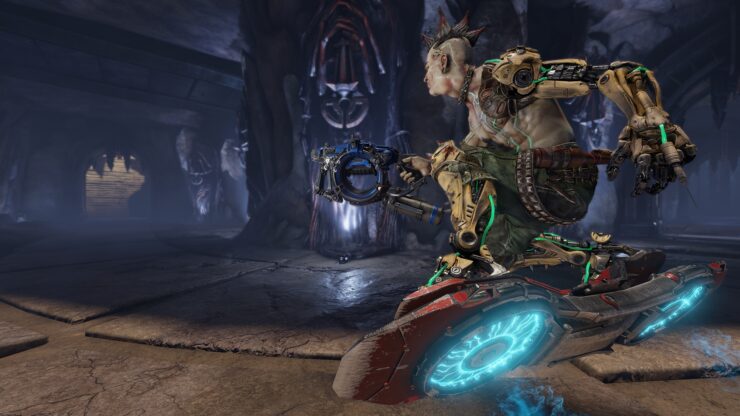 QuakeCon opened a few hours ago and attendees were greeted by the first gameplay trailer of Quake Champions, the arena first person shooter announced at E3 2016. You can find it embedded below.

During the presentation, id Software's Studio Director Tim Willits also detailed the first four champions shown in the E3 2016 trailer: Ranger, Visor, Nyx and Scalebearer. Willits also showed another returning champion, Anarki (the lanky speed-demon with a sweet hoverboard), while teasing three more champions and revealing that there'll be at least a dozen to choose from when the game enters the beta phase.

WIllits went on to say that weapons will be powerful, unique and familiar to Quake fans. In fact, there won't be loadouts in Quake Champions or limits to how many weapons a character is able to carry.

Some lucky QuakeCon attendees will be able to participate in the first public exhibition match of Quake Champions during the QuakeCon Finals Party on Saturday night. Quake Champions is set to enter closed beta at some point in 2017.