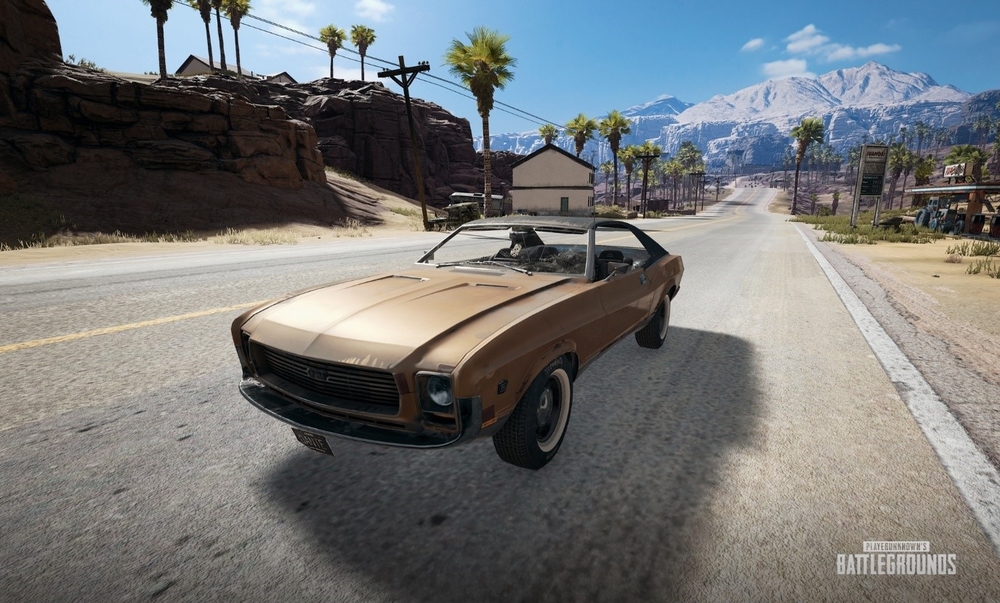 A new PUBG Xbox One update is now available for testing on the game’s Public Test Server, and introduces balance changes aplenty, improvements to performance, new weapon attachments, a new weapon and vehicle, and much more.

You’ll find the official PTS patch notes down below:

Along with all the balance changes, we’re introducing a new weapon, a new vehicle for Miramar, and a ton of new weapon attachments.

The SLR spawns alongside normal world loot. It’s a DMR which uses 7.62mm ammo and contains 10 bullets per magazine (20 bullets when extended.)

The SLR is more powerful than the SKS but has more recoil. Recoil control is the key to using the SLR effectively.

The Mirado is a classic muscle car: a fast, four-seat sedan that’s limited to Miramar. It can be found around downtown areas and main city streets

Think of the Mirado as a compliment to the other unique vehicles on Miramar: The van is extremely sturdy, but slow and ineffective when taken off-road; The pickup is great for off-road travel; And the Mirado is the fastest way to blaze down a highway.

Light Grip - It decreases first shot/single shot recoil by about 15%. Animation kick reduction has been changed to 20% (from 30%).

Scope 3x - This scope has fixed 3x magnification with an illuminated reticle. It’s discoverable as a common world-drop item

Improvements have been made to throwables (frag grenades, stun grenades, and molotovs).

Depending on distance from the explosion, the direct effect can blind the player for a maximum of 5.5 seconds, and a minimum of one second (when 20m away).

Depending on distance from the explosion, the indirect effect can blind the player for a maximum of three seconds.

Characters blinded by a stun grenade now cover their faces. This is a new animation.

Stun grenades will now briefly blind and deafen the thrower if they explode behind their back when cooked.

You’ll now be unable to ADS while blinded.

Molotov cocktails now have new effects and their damage has been increased.

Molotovs can now deal indirect damage and burn damage (as damage over time), depending on whether or not you're standing directly in the flames. If you're in the flames you'll take both types of damage.

Indirect damage (taken when standing in the flames) has been increased from 10 to 12.5 damage per second.

After catching fire, players will take burn damage as damage over time (10 damage per second) for a total of four seconds.

You’ll now be unable to ADS while taking burn damage.

Flames from Molotovs spread further if another Molotov is thrown on top of the flames.

A new animation has been added for character models who are suffering burn damage. They’ll attempt to pat out the flames using their hands.

PUBG is available now for Xbox One and PC (through Steam).