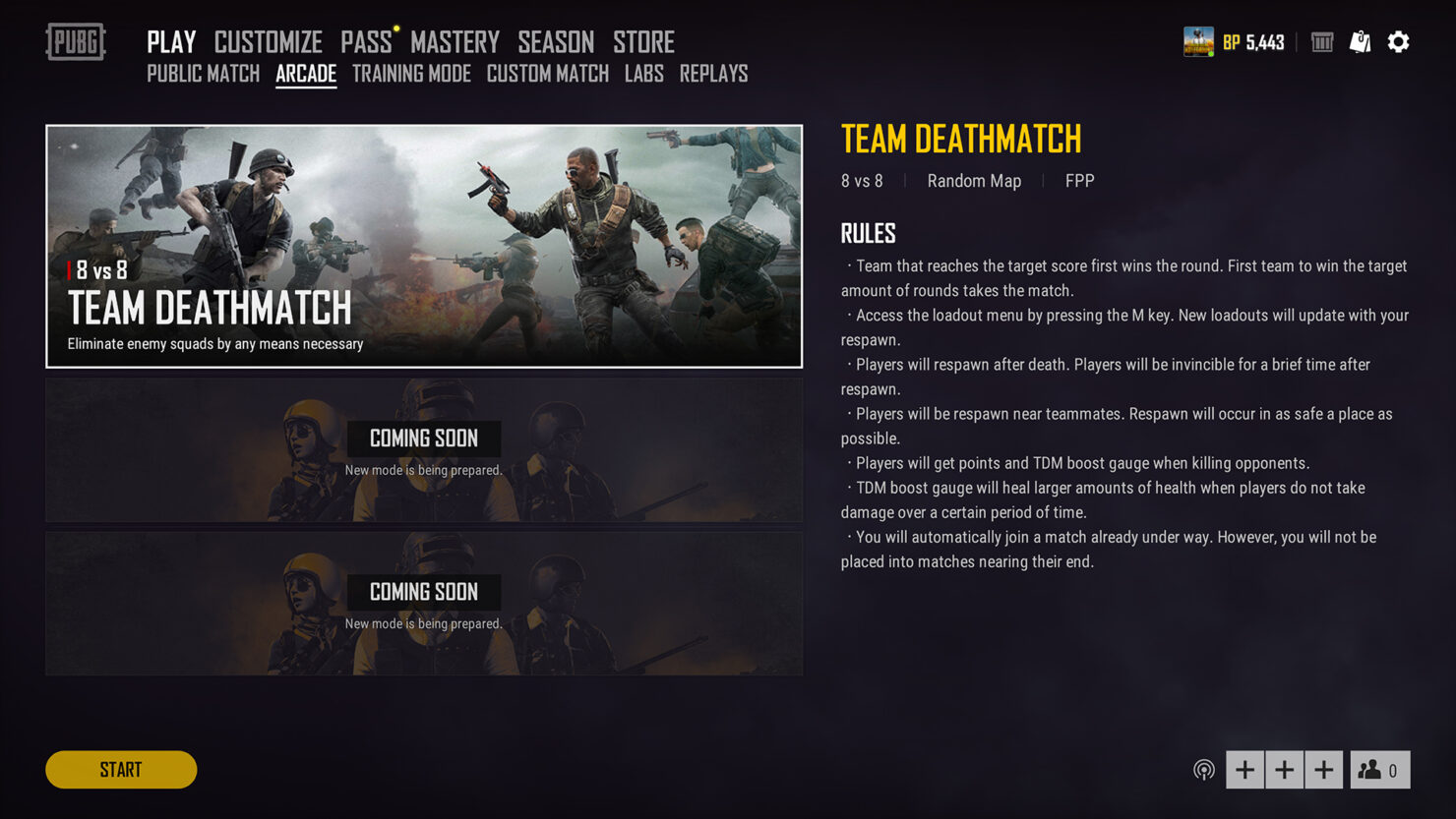 A new PUBG update is now live on the game's PC test server, introducing the leaked Team Deathmatch mode and a lot of changes and improvements.

As previously revealed, the PUBG Team Death Match mode is an 8v8 mode featuring 7 different maps. The team with the most kills, or the one that manages to score 50 kills, wins the match.

The long-requested Team Deathmatch mode has now arrived! Intense 8v8 FPP fights on 7 different battlefields pulled from your favorite maps. TDM features classic PUBG gunplay and mechanics with all the fun and action of respawning back into the fight. The boost gauge functions differently in TDM and fills by scoring kills and assists, restoring your health after you haven’t received damage for 5 seconds.

The team with the most kills in 10 minutes, or the first to reach 50 kills wins the round, with 2 round wins securing the match victory.

The PUBG 6.2 update also introduces some changes to the new Karakin map.

A few weeks ago, we implemented a loot adjustment for Karakin based on player feedback. Since then we’ve been monitoring games to determine if any further adjustment needs to be made and a couple things have stood out to us. First, healing items are still a bit too hard to find for how frequently people are fighting. Second, Snipers and DMRs are really strong on Karakin.

We’re going to try an updated loot setting that will increase meds, while reducing bandages, SRs, DMRs, and the Win94. We know many of you prefer these guns on Karakin, but we feel that Karakin needs a little more risk for the reward of these weapons. To help mitigate this adjustment a bit, we’re adding the G36C and MP5K to Karakin as requested by many of you when Vikendi started its vacation. Also, we have adjusted the care package airplane speed to move faster across the island.

The full details of the PUBG 6.2 update can be found on the game's official website.

PUBG is now available on PC, PlayStation 4, Xbox One and mobile.