In Less Than a Day, Sony’s PS5 Teardown Views Have Greatly Exceeded Those of the PS4 Pro and Original PS4 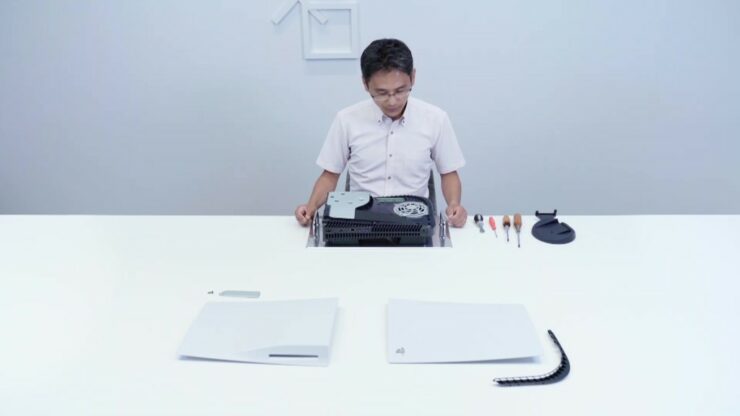 Alright so while this isn’t a like-to-like comparison, views on Sony’s PS5 teardown from yesterday have already greatly exceeded those of the PS4 Pro and PS4.

Out of nowhere, Sony dropped a new teardown video yesterday featuring engineering director, Yasuhiro Ootori. Since its release, the teardown video has already harvested over 4.5 million views – quite the number and it really shows people’s interest in Sony’s upcoming next-gen console.

Interestingly, Ootori was also featured in the teardown of the original PS4 back in 2013. Granted, this video is courtesy of Wired and not uploaded by Sony. Since its release back in November of 2013, this particular PS4 teardown video has received less than 400.000 views. Other publications also published teardowns later on and those harvested considerable more views.

PlayStation did, however, release an official PS4 Pro teardown video back in November 2016. To date, this video (which has been included below once again) has received a little less over 1.5 million views.

As said, comparing the older PS4 teardowns to yesterday’s PS5 teardown isn’t a like-to-like comparison. Since 2013, more people have gained access to YouTube and teardowns have become more popular since then, and it should be noted that the PS4 Pro teardown was released after the actual launch of the console. In addition, the PS4 Pro is a considered an upgrade of the original PS4, likely reflecting the amount of interest compared to the next-gen, yet to be released PS5.

Still, we found it interesting to share these PS5 teardown metrics. Have you watched the video already? What’s your take on it? Are you impressed by Sony’s use of liquid metal instead of regular thermal paste as thermal interface material? Please discuss it down below.

The PS5 launches next month on November 12th in the U.S., Japan, Canada, Mexico, Australia, New Zealand and South Korea. Those in Europe, Middle East, South America, Asia, and South Africa will have to wait until November 19th.

Mahler: XSX Will Render 3rd-Party Games at 4K More Consistently and/or With Better Framerates While PS5 Will Load Them Faster

[Updated] PS5 Is the Better Console, Crytek Engineer Claims; XSX Coding Can Be Challenging and Its Peak Performance Will Be Bottlenecked

Yoshida: PS5 is At a Level Never Seen Before When it Comes to the Ease of Game Development