Sony's yearly Investor Relations Day continued with a detailed presentation of the Game & Network Services Segment, where we learned that the PS5 Standard Edition is due to break even next month. Interestingly, Sony Interactive Entertainment CEO Jim Ryan also noted that the importance of console revenue in the company's business model has massively reduced over the past few years. Whereas it accounted for almost half of the revenue at the beginning of the PlayStation 4 generation, in fiscal year 2020 it shrunk to a mere fifth of the total, with software, services, and peripherals accounting for the remaining 80%. 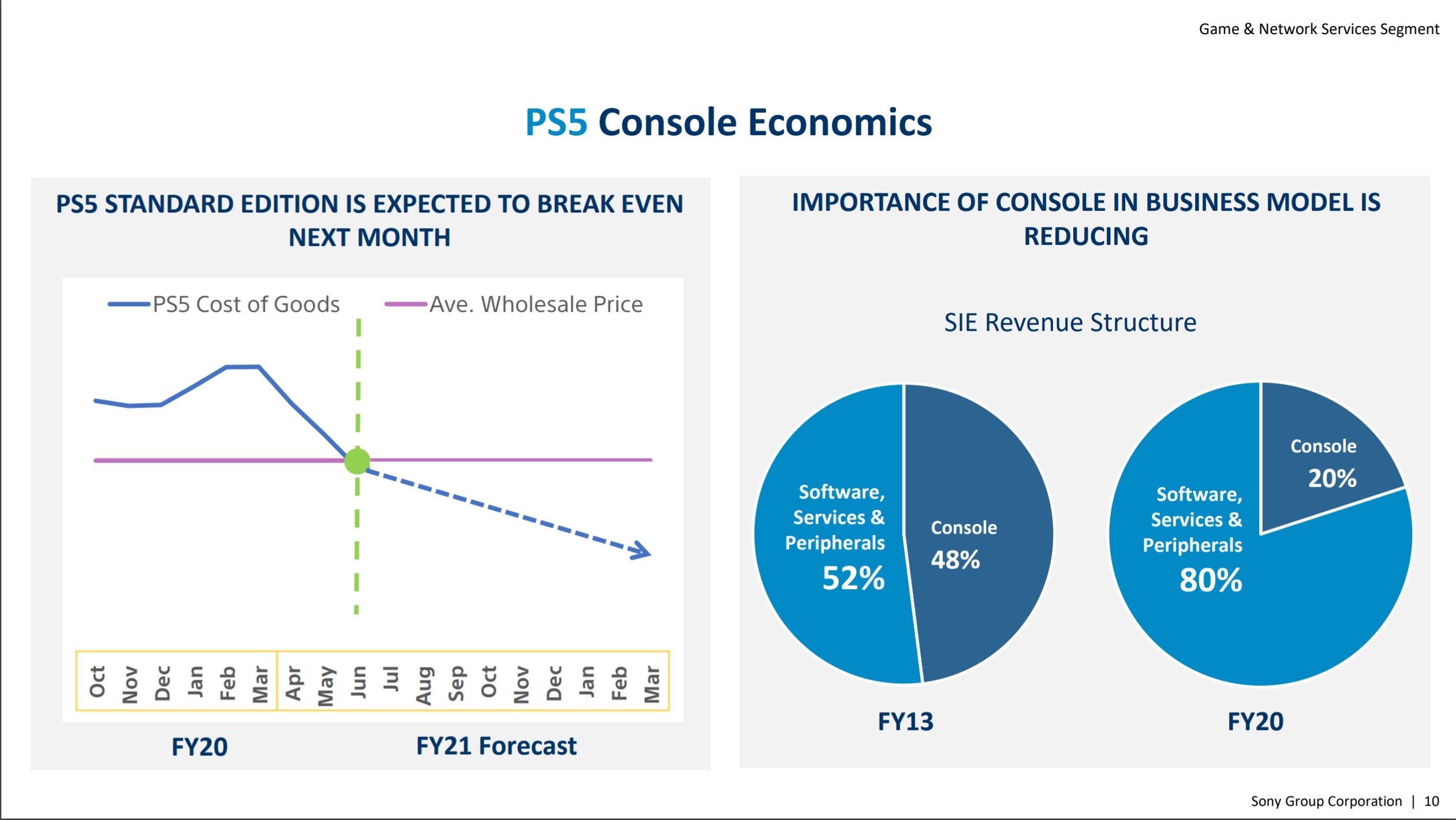 Sony also intends to keep meeting 'unprecedented demand' by increasing the pace with which the PS5 is already outselling its predecessor, as you can see in the following slide. The goal is to make fiscal year 2021 the best ever and then top it once again with fiscal year 2022. 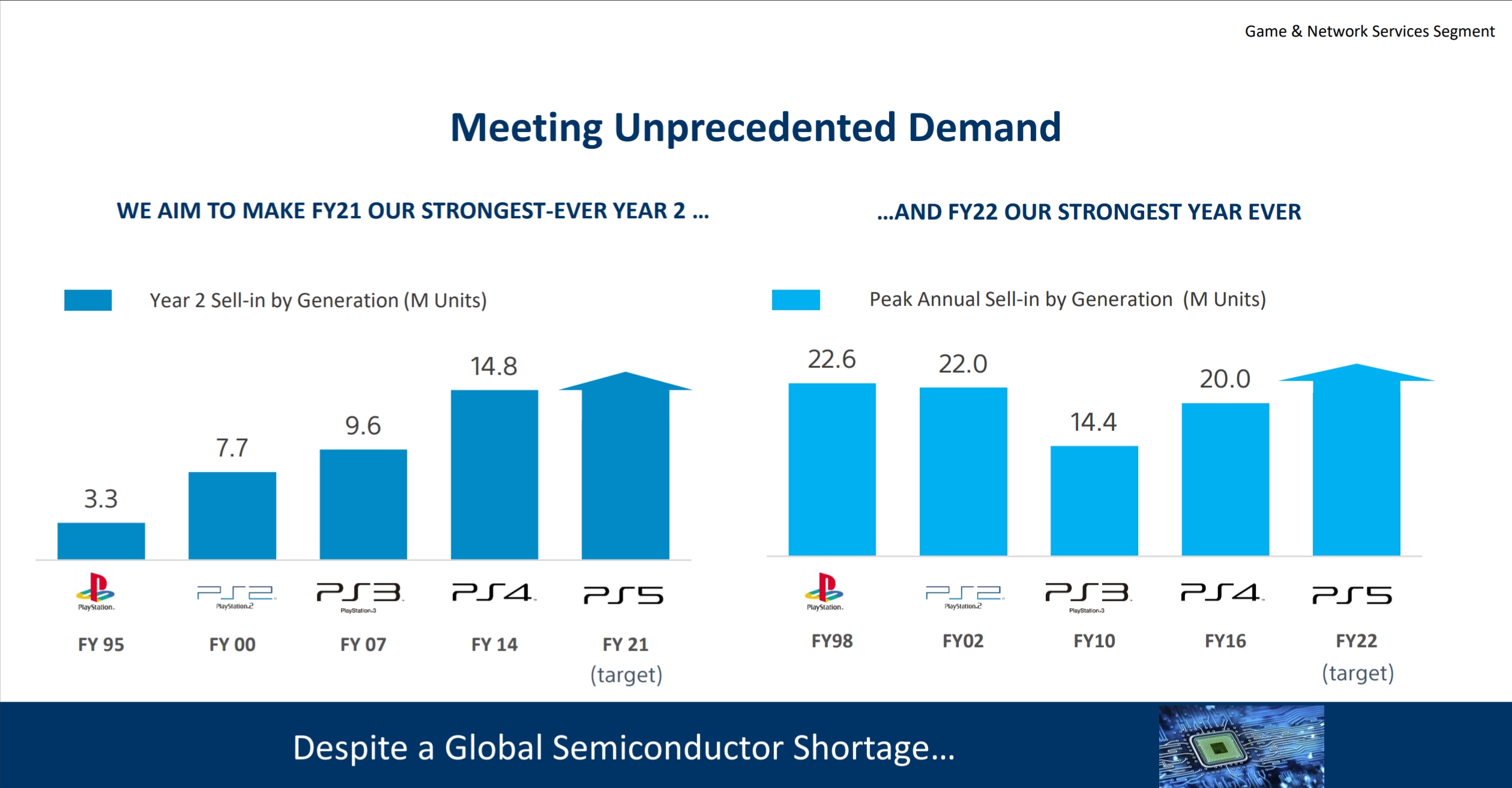 Beyond the PS5, though, Sony's strategy includes other growth factors such as the recent China launch, the continued expansion of the PlayStation Direct hardware distribution channel, and of course the increased focus on the social and mobile spaces, as already noted yesterday.

Going 'beyond console' includes PC, too, and one of the slides reveals that Horizon Zero Dawn registered a 250% return on investment (ROI) as of the end of March 2021, which is certainly a success. Sony never provided sales data for Horizon Zero Dawn PC, but estimates from SteamSpy range from one to two million units sold; of course, the game is also available for purchase through the Epic Games Store and GOG, so this is only a partial picture. 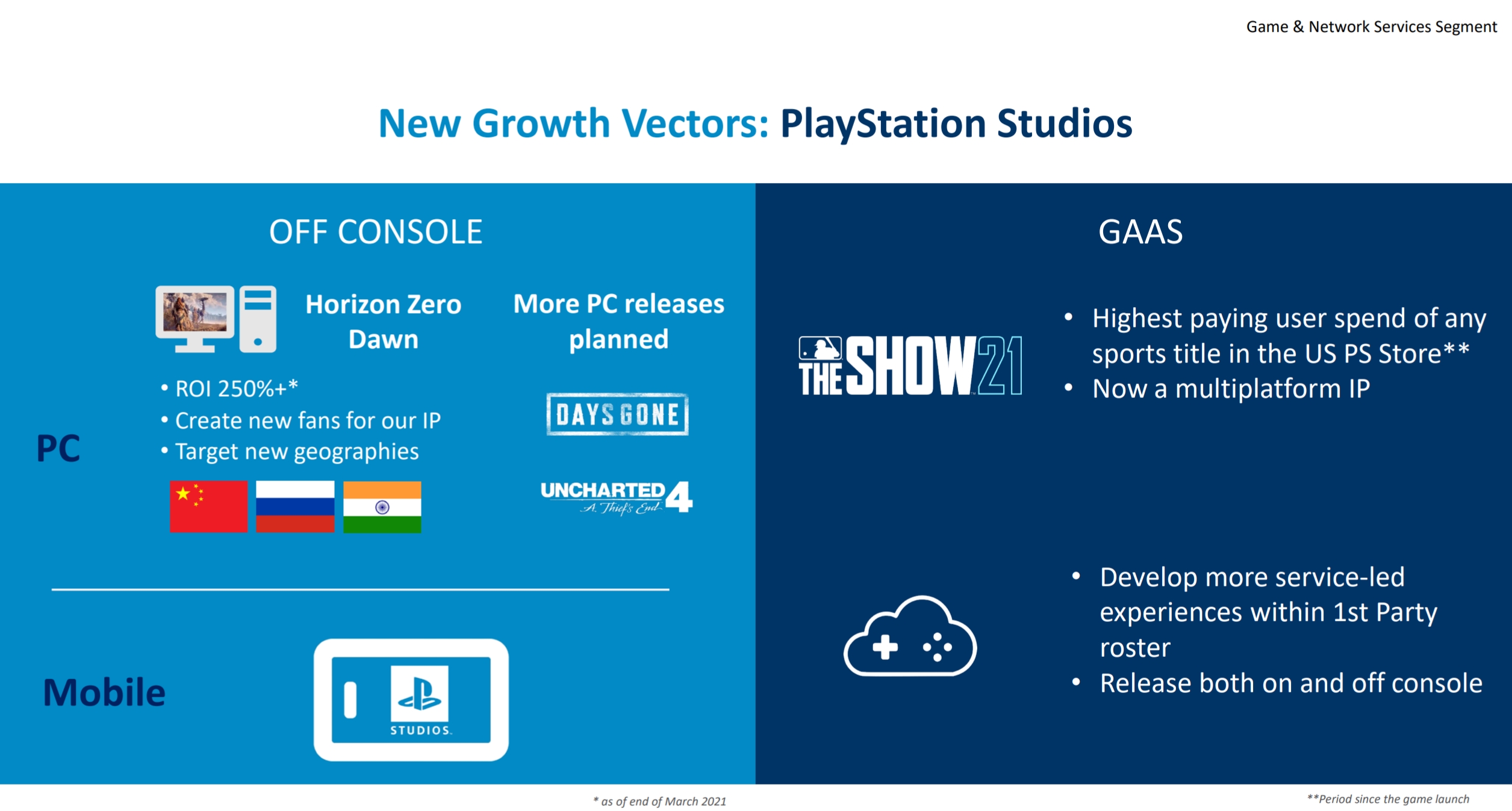 During the live Q&A, Jim Ryan also mentioned Predator: Hunting Grounds as another successful PC release and said other ports will follow in the coming years. Days Gone just launched, but the slide's most important tidbit comes right below it with the apparent leak of an Uncharted 4: A Thief's End PC port. One of the stated goals is to grow in huge countries that historically lean more toward PC gaming, such as China, Russia, and India.

Last but not least, Sony confirmed it will develop more first-party service games to be released both on the PS5 and beyond the console (PC, mobile). The first example of this new endeavor could be the multiplayer game in development at Firewalk Studios.