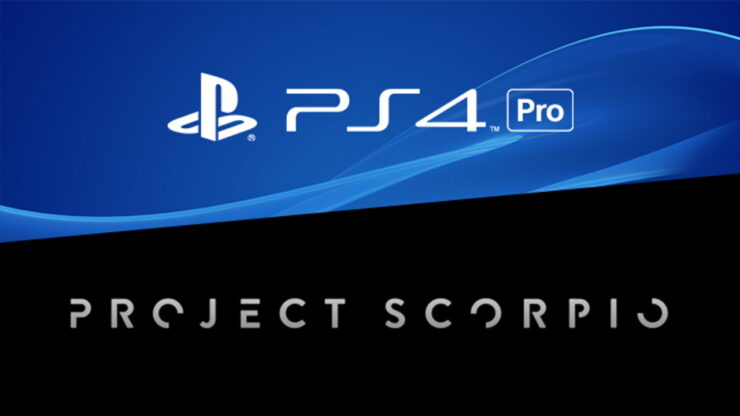 It's been a little over six months since Sony launched the PlayStation 4 Pro console. While the hardware has been selling well enough according to Sony (though they have not revealed exact figures for the enhanced model yet), PS4 Pro support is slowly growing up to be a disappointment within the core community, so much that many are now wondering whether the console is actually worth the higher price.

Let's clarify immediately that this has nothing to do with HDR (High Dynamic Range) support, which Sony was able to add via software update to original PlayStation 4 consoles as well in what was undoubtedly a great move.

PS4 Pro support is defined by the improved graphics (shadows, effects like ambient occlusion, but most importantly resolution) and/or frame rate when compared to the version of the same game running on the original PS4 console. While there are definitely some excellent PS4 Pro showcases like Guerrilla's Horizon: Zero Dawn, which offers 2160P (4K) resolution via checkerboard rendering and supersampling at 1080P resolution, there are also many disappointments to be found.

Within the vast PlayStation 4 library, most games don't have any official PS4 Pro support and only benefit slightly of the more powerful hardware via Boost Mode (patched in with firmware update 4.5). These games essentially run at a more stable frame rate, clearing some dips below the target frame rate that would have been experienced on PS4.

Horizon: Zero Dawn is the best looking game and the best example of properly using PS4 Pro hardware at the same time.

But that's not why PlayStation enthusiasts have decided to buy PlayStation 4 Pro, for sure. They wanted clear image quality improvements and it's becoming increasingly evident that not all developers are interested in delivering them. That's strange, after Mark Cerny's promise before the console's launch that adding PS4 Pro support would cost a mere "fraction of a percent of the overall effort needed to create a game". Take two games released in the past couple weeks, for instance; Sniper: Ghost Warrior 3 and Prey, both powered by CRYENGINE technology.

The first game suffers from heavy aliasing issues, the likes of which are rarely seen these days, and yet there are no image quality improvements whatsoever when running on Pro hardware. Activating Boost Mode merely improves the minimum frame rate a bit. The second game is perhaps even worse in that its retail box sports a PS4 Pro enhanced label but there are actually no enhancements at all (frame rate is already locked at 30FPS on PS4). The far more powerful Polaris-based GPU is basically sitting there and doing nothing.

When you take into account that these titles have been released over half a year after the launch of the console, it's easy to pin them as some of the worst offenders when it comes to PS4 Pro support (or lack thereof). But there are others. Yooka-Laylee and Styx: Shards of Darkness, launched respectively in April and March, also didn't offer any real enhancements and from what Flying Wild Hog told us in January, neither will Shadow Warrior 2 when it debuts on consoles next week.

So far, most of the blame could be attributed to some game developers being a bit lazy. However, Sony's own mistake is doubtless the biggest thorn in PlayStation 4 Pro's side.

I'm referring to the fact that Pro options are inexplicably locked depending on the user setup, instead of simply being available to everyone. This is a problem that hits 1080P users the most since there are many games where a high-resolution mode is indeed available and yet, for unknown reasons, there's no supersampling or downsampling when using an HDTV. You can find the full list at the end of the article.

Three cases, in particular, are worth pointing out and sadly these are all Sony games. The Last of Us Remastered actually had a downsampling option with the PS4 Pro set to 1080P until Patch 1.08 removed it without any explanation. MLB The Show 17 offers three different modes (2160P, 1440P and 1080P) but once again, HDTV owners only have the option of faster frame rate while they're locked out of enabling improved image quality. Last but not least, Digital Foundry just published a video test of GT Sport's ongoing beta and they noted that despite the 4K mode (running at 1800P via checkerboard rendering, to be precise) available, there is no downsampling option for 1080P users.

Once again, Sony does not seem to care and this disregard is all the more jarring after Microsoft revealed that Project Scorpio handles all this at a system level, allowing 4K and 1080P users to choose between resolution and performance modes in every single game. We can only hope Sony will make an effort to push developers to deliver better PS4 Pro support. Implementing a system-wide solution like Scorpio's would help a lot, though it is unclear whether this would require a lot of work on the software side.

For now, PS4 Pro support is a sore point in Sony's otherwise bright PlayStation 4 output. Let's hope they can fix it sooner rather than later.