I was at EGX Rezzed on Thursday. Prior to going, I had already booked in my slot to try out the PlayStation VR headset from Sony. Luckily for me on the day, I managed to finagle a go on the HTC Vive too thanks to the boys and girls over at the nVidia/HTC stand. They asked me to come back later and book a slot, I said I couldn’t come when they asked as I was interviewing Creative Assembly so they asked which outlet I worked for.

Cue a very quickly mumbled “Wccftech” from me at which point lots of jaws dropped and eyebrows got raised. I wasn’t sure beforehand if they’d have heard of us but they all knew. One of the crew even called over some colleagues saying “Hey guys! Get over here, you’ll never believe who just showed up, it’s WCCFTECH IN THE FLESH!” 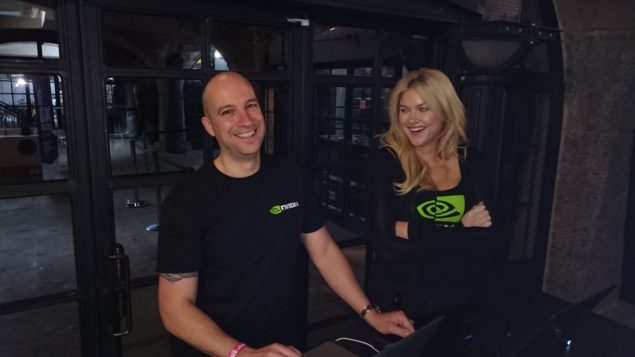 After much begging me to reveal our sources (“Honestly guys, I don’t work for the hardware section! I think that a lot of it comes as tips from our great reader community though!”), they agreed to give me a slot on the Vive so thanks nVidia! I booked in immediately before my slot on the PS VR so I could do a direct compare.

If you’re interested in a bit more about VR, I got to ask John Carmack (of Doom fame and current Oculus CTO) a few questions about it and how async is important for VR on the red carpet. Check out my interview with him here.

I’ve had a try on several Oculus DK’s since their kickstarter launch, but this was going to be my first experience on the Vive and PS VR. Although I liked the little I’ve experienced of VR, something about it has thus far screamed “KEEP AWAY! FIRST GEN! WAIT FOR IT TO MATURE!”

This is probably for a few reasons including:

On to the headsets!