WCCF chats to John Carmack on the Red Carpet!

How do you think the Oculus Rift launch has gone, have you been pleased with the reception so far?

JC: You know, it always would have been better to get it out earlier. I don’t work on the PC as much as people think, most of my time is spent on the gear VR and the mobile products so inside Oculus much of my stuff has been cheering from the sidelines and a few of the key technical advancements like the asynchronous timewarp that I was a big champion of.

It’s gonna be a long haul, this is not just one battle. There’s a long campaign we’re gonna be waging for all of it but it’s exciting, it’s in people’s hands right now, the experiences that they’re getting are what was promised, this really is probably better than you would have expected if you went back three years to go to the kickstarter. What’s finally been delivered is really pretty damn good!

With regards to the future of the industry, where do you go from here?

JC: Oh there’s so much more to go, I mean for one thing you have the PC where you have these 500 watt machines and we’re trying to do the same thing on these 5 watt mobile devices so I’ve got a couple more orders of magnitude to fight through there.

But even on the PC we’ve got to get wider fields of view, more extended tracking range, untether things in different ways, new rendering techniques. There is years of work going forward on this and that’s what’s great you know, this is exactly where I should be.

Is the main challenge getting it into people’s hands for them to see what it’s all about?

JC: It is right now and of course the supply is constrained, we can’t get as many of them out as we want to and it isn’t something you can show a TV commercial for virtual reality very well, you can say “it’s like putting screens on your face” but that does not capture what is happening, you have to put it on and have the presence. 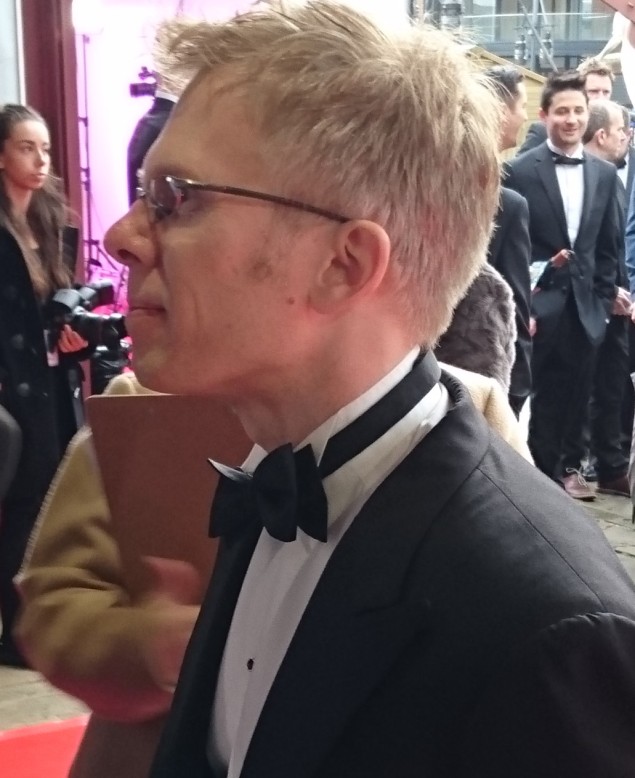 John Carmack on the red carpet...

Have you seen the mixed reality videos?

JC: Yeah, those are a pretty neat idea, so even outside the actual aspect of making the games, there’s gonna be all these novel new things, you know the presentation of them and how we market them, it’s a brave new world in a lot of ways.

Are the people buying them now hardcore gamers?

JC: On the PC side certainly they’re very much targeted at the hardcore gamer, that was the Oculus original kickstarter push. On mobile it’s much more of a broad general consumer market you know with the photos and videos and broader media consumption as well as the gaming experiences but no doubt, PC skews more towards more towards gaming.

And how do you see the influence from Facebook since taking over?

JC: Well I was a big backer of the Facebook acquisition, it gave us a lot of the resources and the ability to do things, get the product out there the way we wanted, it was hugely helpful for hirings, allowing us to ramp up the company in different ways. Even more so on mobile, Facebook is really a perfect fit for that with the media gathering and distribution with integrating 360 videos and photos into the Facebook news feed, those are really important things.

Have you done much work with DX12 yet?

JC: Personally very little, we’ve got the whole Vulkan thing going on to both mobile and PC side of things. I have good things to say about DX12 in general but I haven’t actually sat down and written an engine in it or anything like that.

JC: Async compute was something I pushed for for years. That was something where there was this obvious case where you wanna be able to branch away and do some of this stuff with the lower latency while, at least in the traditional world your graphics can chew 2 frames ahead, in VR we're much tighter about that but there’s plenty of opportunity where you really wanna use it for async timewarp where we wanna know, this happens within 2 milliseconds no matter what which is something that you could never do otherwise.

Many thanks and congratulations on your award tonight.

Frontier’s Next Game To Be Unveiled in Late 2018/Early 2019; Elite Dangerous Is Getting Exciting Things