Project xCloud may adding support for Windows 10 PCs soon. Currently, Microsoft’s cloud gaming service only lets you stream Xbox games on Android and iOS mobile devices, but it’s been known for a while now that xCloud would be coming to Windows 10 devices sometime this year.

Well, it seems that Windows 10 support may be coming relatively soon! A Redditor who happens to be friends with Xbox head honcho Phil Spencer on PC noticed he was playing something entitled “Xbox Game Streaming (Test App)”. No such app is available to the public yet, but, of course, Phil gets to try out everything first. Check out the screenshot in question, below. 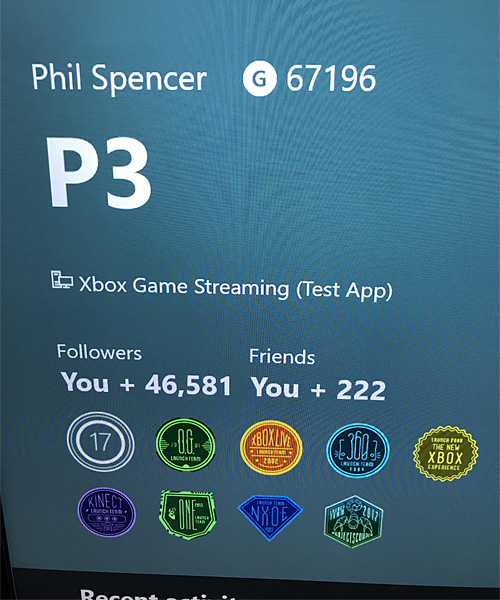 It will be interesting to see what, if any, new features a xCloud might get on PC. At the moment, xCloud is limited to 720p resolution, which is fine when you’re playing on your phone, but those playing on a laptop or monitor are probably going to want something crisper. Will PC players also be getting the full lineup of 50+ games available on Android devices, or will the lineup be limited like on iOS?

As for when an announcement might come, Xbox is promising to talk about xCloud during a pair of livestreams featuring information they originally planned to reveal at GDC prior to it being cancelled. These “Game Stack Live” streams kick off on March 17, and the March 18 steam is the one that will include xCloud news. You can get the full rundown on what to expect from Microsoft’s livestreams here.

As mentioned, Project xCloud is currently in beta for Android and iOS devices. You can sign up to be a part of the xCloud preview, right here.  What do you think? Will you be more likely to try out xCloud once it comes to PC? Or is streaming to a computer kind of redundant?