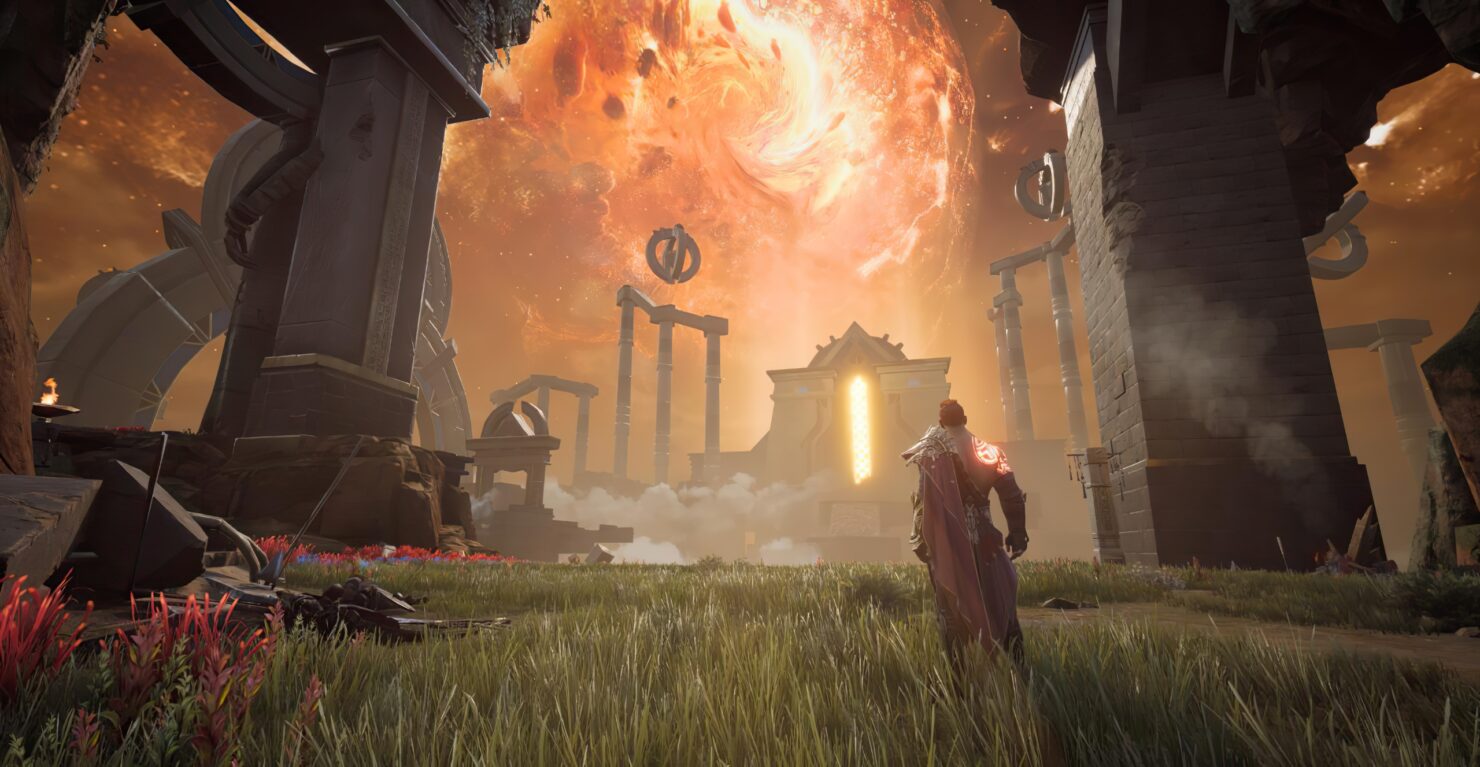 Chinese tech giant NetEase is mainly known to Western gamers as the mobile developer and publisher of Marvel Super War and Rules of Survival, though most recently they've partnered with several Western developers like CCP (for EVE Echoes) and Blizzard (for Diablo Immortal), in addition to investments in companies like Bungie and Quantic Dream.

Historically, though, NetEase first found success in gaming with the PC MMORPG Fantasy Westward Journey and the sequel Westward Journey Online II. After the less successful release of Revelation Online back in 2017, the company is now developing a new triple-A MMORPG titled Project: Ragnarök; inspired by Norse mythology, the game is expected to launch on PC, consoles, and mobile devices with crossplay functionality.

We were able to interview Senior Producer Ye Qian to learn more about this ambitious NetEase project. Check out our chat after the reveal trailer below.

First of all, how many developers are working on Project: Ragnarök? Also, with the news that you've built an international team to create this, does that mean we can expect it to launch globally at the same time?

Including supporting staff from other departments (i.e., playtesters, QA, etc.), the entire development team consists of 60+ members at the moment. The game will distribute globally, but the release dates for different countries and regions may differ due to their respective policies and regulations. We are working hard to deliver high-quality content to our global audience in a timely manner.

Do you consider the game to be a Massively Multiplayer Online title? How many players will be able to play together at once? Also, are there systems like Guilds, Crafting, Trading?

Project: Ragnarok is a sandbox strategy MMORPG. It allows players to explore the game world on their own terms—whether to enjoy hunting monsters, gathering resources, or socializing with other players, players have the freedom to enjoy the world at their own pace. There will be a basic MMO system in place, providing features such as Guilds and Commerce to encourage social interaction among the players.

As for server capacity, it depends on our stress-testing results, but if you meant how many players could enjoy playing in a single battle, we are aiming to support 40 - 50 players at once.

Will there be instanced dungeons/raids as challenging content for larger groups of players?

Yes, there will be instanced dungeons, and they will certainly be challenging (and fun too)! Clearing them will require good teamwork as they are designed with various mechanics that test a raid group’s leadership and organization. Instead of tanking and spanking the boss, raid leaders must assign team members to work around the mechanics and prioritize rescuing others.

I've read that you intend to implement some rogue-like elements in Project: Ragnarök. Can you discuss those a bit?

Each of the levels in a single-player dungeon is randomly generated. In addition to each level’s main objective, there will also be random incidents to provide a unique experience. At the same time, players will receive one-time buffs and items to help them complete the task. Each playthrough will be an exclusive experience unique to each individual.

Are there going to be different classes to choose from? If so, can you talk about these, and let us know if they will be gender-locked or not?

We don't have a traditional class system. Players will play as Valkyries, and besides the default male/female Valkyries (yes, we have male Valkyries), players can collect and play as 'einherjar' (spirits of warriors fallen in battle) of different races and specialties. So, no, the 'classes' are not gender-locked, and players are free to switch between multiple characters.

How will character progression work? Are there levels, skill trees, et cetera?

Besides the traditional character-leveling, skill-upgrading, and gear-looting, there will be a new system that allows players to collect artifacts to enhance their stats and skills.

Do you plan to have some sort of player housing in Project: Ragnarök?

We do have plans for a housing system, but it will probably be released at a later stage since it is not a priority.

The game's name itself hints heavily at the Norse mythology inspiration. However, the released videos do not bear much resemblance to the traditional depictions that we're used to seeing in games like God of War, for example. How closely are you following Ragnarok lore? Is it more of a loose reinterpretation?

There are some classic Norse mythology elements in the game—you’ll see characters like Odin and Valkyrie and stories loosely based on Ragnarök, making it easier for players to understand the worldview and immerse themselves in the lore. However, the game will be a new interpretation/re-imagination of the Norse Mythology rather than repeating the mythos. The tone of the game will also be filled with dark humor.

We want to emphasize that despite the game being inspired by Norse mythology, the game itself is a new interpretation. The avatars we play are mere mortals striving to ascend amongst the Norse pantheon instead of the traditional clashes between gods as depicted in games like God of War.

Do you expect that players will be able to visit all of the Nine Realms at launch, or will you add some of those locations post-launch?

Players will have the opportunity to explore some of the realms. In the lore of Project: Ragnarok, some realms are destroyed by wars, but players can visit the ruins through flashbacks.

With Unreal Engine 5 due to debut later this year, are you considering whether to upgrade and use that instead of the existing Unreal Engine 4 technology?

The game in its current state is well-supported and relatively complete on Unreal Engine 4. Upgrading to Unreal Engine 5 at this stage could lead to delays and unforeseen issues.

We won’t be upgrading to UE5 anytime soon to ensure that we can deliver the game on time.

We've also read that Project: Ragnarök is targeting a launch on consoles as well. Will that be on PlayStation 5 and Xbox Series S|X or the old ones too (PlayStation 4 and Xbox One)?

Mobile is our top priority for now. We will first release the game on mobile while gaining experience for the development on other platforms, and eventually, Project: Ragnarok will support cross-platform play on Mobile/PC/Consoles.

Will Project: Ragnarök be free-to-play? If so, how are you planning to monetize it? Western players are always very wary of microtransactions.

It’s free-to-play, but we also have in-app purchase options available. Players can pay for fast-leveling items as well as daily/weekly packages and character cards. The microtransaction portion of the gameplay will be further optimized to ensure it doesn’t influence the balance of the economy and make sure that every player will have a fun and wonderful experience.

How far is the game from the Beta status? When should players expect to be able to try it?

We will be launching a small-scale beta test later this year.