[Update] Thunder Lotus Games have released the first episode for the Making of Jotun during which  Will Dubé, the creative mind behind Jotun, does a special recap of the game, from its conception to now. This is the first of six episodes leading towards the release of the game on September 29.

Thunder Lotus Games have released their launch trailer for their upcoming Norse mythology inspired adventure, Jotun, titled "Impress the Gods", and it does impress indeed.

Jotun is inspired by Norse Mythology

“We’ve always loved old stories, centuries old stories like Beowulf, The Divine Comedy, so when we were doing research for game ideas, Norse Mythology was something that really caught our eye and caught our attention. The crazier the stories get, the cooler they get… I mean they have cows with poisonous rivers coming out of their utters. We just thought it was a really interesting setting for a game.” 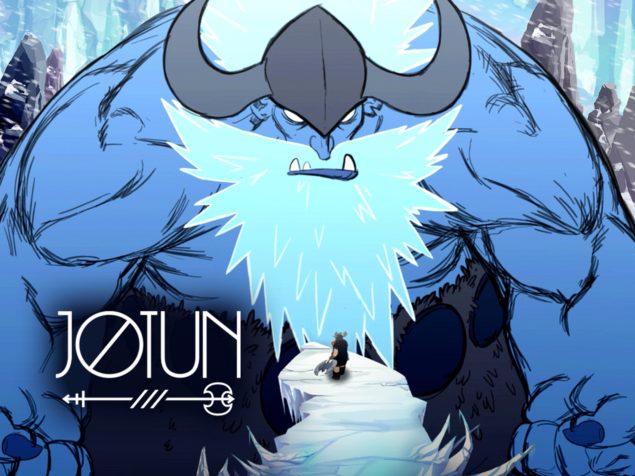 Jotun puts players in the role of Thora, a Viking in a quest to please the Gods

Thora, following her death is stuck in purgatory and has to defeat five Jotun, to be allowed into Valhalla. Sporting an entirely hand-drawn art style, Jotun features a gorgeously unique art style, reminiscent of animated movies of the 80s.

Jotun will be available on Steam on September 29, with possible console release later in the year. We will bring you any additional information on Jotun as soon as it becomes available.