An executive at Slightly Mad Studios may have just elucidated to the cancellation of Project CARS on the Wii U. As we already are aware, the Wii U just might not be able to handle it. 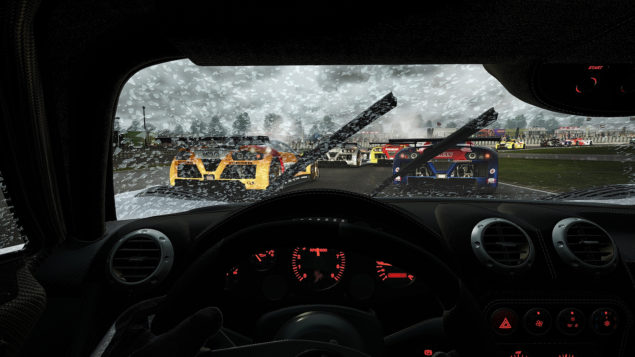 Project CARS for the Wii U is cancelled, but we might see something on Nintendo's NX platform.

Ian Bell, the head of Slightly Mad Studios, never truly committed to the idea of releasing Project CARS on the Wii U, though has now told NintendoLife that the future release is pointing towards a more definite 'no' than ever.

The official line is that we're awaiting an announcement from Nintendo on new hardware. As of now pCARS is simply too much for the Wii U.

While there are obvious performance issues abound when it released, Project CARS still remains a favorite realistic racing simulator for many. But that level of detail comes at a great cost, meaning that the hardware driving it has to be capable of pushing that many polygons and pixels if they want it to look even remotely as good as on the PS4, Xbox One and PC. That Wii U, for this type of game, is probably not going to be up to the task.

The sequel is already well into development, and once Nintendo finalizes and announces their new hardware officially, Slightly Mad might hopefully begin the porting procedure to bring the next Nintendo platform a racing simulator game that's more than just the arcade goodness of Mario Kart.

For now, though, Project CARS is cancelled for the Wii U. It can be had on the PS4, PC and Xbox One and should be fixed enough to provide a reasonable experience. Performance has been increased and the number of bugs reduced.