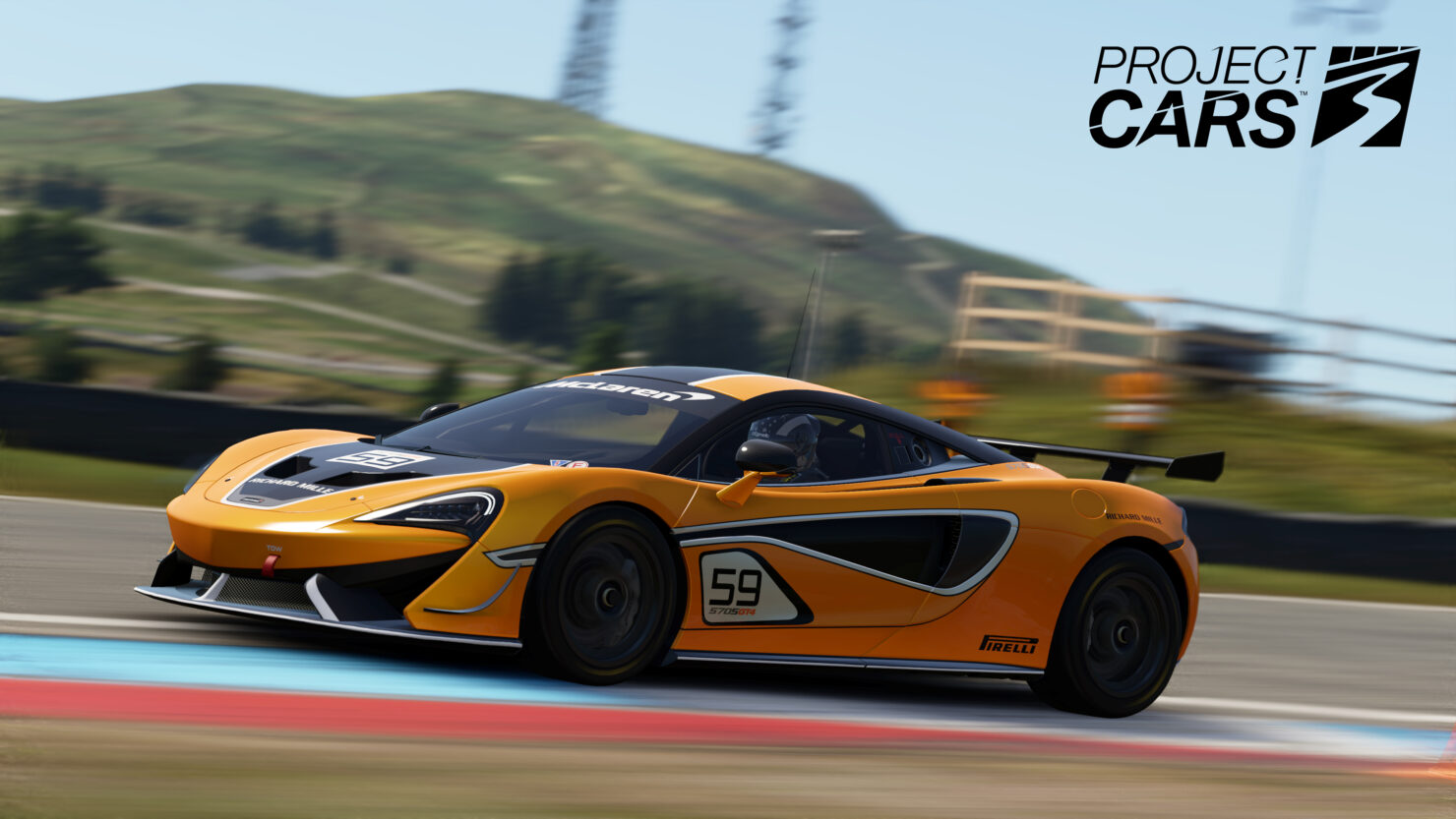 Project CARS 3 is less than ten days away from its scheduled September 28th release date on PC, PlayStation 4 and Xbox One.

Just ahead of the imminent launch, we had the chance to speak with Joseph Barron, Marketing & esports Manager at Slightly Mad Studios, for a Q&A squarely focused on the tech features of Project CARS 3. You can check out the interview below, while our previous hands-on preview by Chris is available here.

Can you detail the main enhancements you've made to the MADNESS engine for Project CARS 3?

The first big thing on the engine side is CFR (Clustered Forward Rendered) lightning. This is a different lightning technology compared to what he had in the previous Project CARS titles, and it allows us to have a greater number of active light sources in a specific given area thereby significantly increasing the quantity of lights that our systems can handle without any negative impact on performance. We’ve also introduced screen space reflections to the engine which improve both the quality and performance of surface reflections on things like wet roads. The integration of our LiveTrack 3.0 technology—our atmospheric, weather, and road surface simulation—also performs better than ever before, particularly in wet and dark conditions. Our anti-aliasing has improved as well, and that’s particularly noticeable in photo mode, which means we’re really keen to see what our community of virtual motorsport photographers will capture in Project CARS 3!

What do you think about ray tracing in racing games? Can it really be helpful and did you consider adding to Project CARS 3?

Ray tracing is an awesome new development for gaming as a whole. It’s exciting to see light and colour getting ever closer to reality. For Project CARS 3, we’re still targeting the current generation of consoles and PC, so ray tracing wasn’t something that was on our radar for this particular title. We target 60FPS on all platforms since the frame rate is so crucial in simulation racing to help you to maximise your driving performance, and of course the PlayStation 4 and current Xbox consoles are not ready for ray tracing.

The recommended PC system requirements are among the highest we've seen to date. Are those meant to highlight what will be required at 4K resolution?

We have always been a studio that pushes hardware as much as possible in order to maximise the player’s immersion and enjoyment and to bring the highest level of fidelity to our simulation as possible.

That’s not just about graphics rendering, it’s across the board, from AI to physics, and more. Our delivery of 4K visuals in Project CARS 3 has been enhanced beyond both previous titles in the series, and we’re also continuing to lead the way when it comes to VR-support and performance in racing games. Of course, we support triple-screen setups as well. Simulation games have always been one of the key genres when it comes to pushing gaming hardware, and Project CARS 3 is no exception.

Will the game use DirectX 12 API? If so, any chance you'll add support for any of the DX12 Ultimate features?

Project CARS 3 does not support DX12.

What do you think about the specifications and features of the next-gen consoles due for release this year? What stands out the most for you as a racing game developer?

Everyone at Slightly Mad Studios is an avid gamer, so of course we are super-excited about new hardware.

We can’t wait to see what sort of experiences will come out for the PS5 & Series X, and we’re looking forward to getting stuck into developing for them ourselves. Additional processing power will open doors for even deeper and more immersive sim-racing than ever before. The more details we can add while maintaining resolution and framerate will continue to bring virtual racing closer and closer to the real thing.

Right now though, we are focused on bringing Project CARS 3 to the huge audience on current generation consoles and PC.

Is cross-platform play a possibility later down the line?

Cross-platform play is certainly something that we will consider for future titles, but we don’t have any plans for it in Project CARS 3 right now.

What kind of improvements did you make to the VR version of Project CARS 3 compared to the previous game in VR? Also, is there any chance we'll see the game on PlayStation VR, too?

We’ve been striving to offer the best experiences possible in VR since PCARS 1, which was a lunch title for the first consumer version of the Oculus Rim. The level of extra immersion and sense-of-place that VR brings to racing is incredible, as is the extra precision it can bring to your driving thanks to the heightened awareness of braking points, corner apexes, and the positions of your rivals inside the 3D space.

For Project CARS 3, we have continued to iterate on the best-in-class PC VR-support that we offered in both of the previous games in the franchise, and we’re really proud once again not just of the experience in VR but of the performance level as well. We aren’t targeting console VR for Project CARS 3.