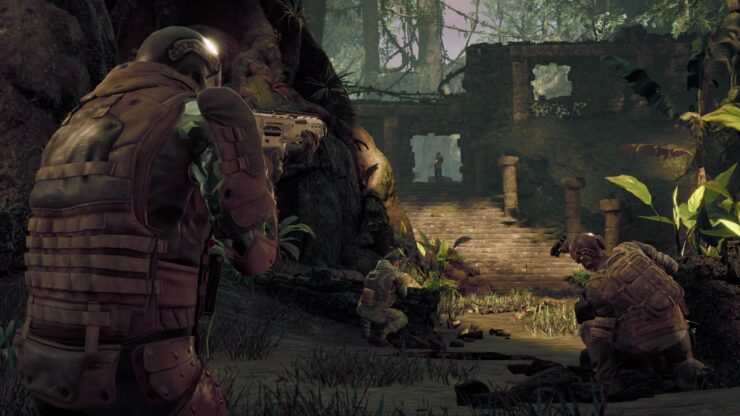 During yesterday's State of Play, Sony announced to have partnered with Fox and IllFonic (the game developer behind Friday the 13th: The Game) to develop Predator: Hunting Grounds, due for release next year on PlayStation 4.

Not much is known about Predator: Hunting Grounds for the time being except for the tidbits of information relayed by IllFonic CEO Charles Brungardt on the official PlayStation Blog.

One afternoon during E3, Jared (Gerritzen), Jordan (Mathewson) and I shared our idea that got the entire team amped up. You can tell we’re a team of passionate movie and video game fans.

Once we decided on Predator, it was clear this needed to be a shooter that had to look and feel authentic. Our team’s passion for Predator helped us launch the partnership with Sony Interactive Entertainment and Fox. Not only do these powerhouses believe in our vision, which has made this a dream project, they understand what we want to create. They have given us so much to work with and are empowering us to create something new for fans, while expanding the lore of the Predator. Having that quality bar raised by our partners has been a great driver for creating an amazing game.

So how does Predator: Hunting Grounds play? We’re still pretty early in development – the game is due out next year – but I can give you some initial details about this competitive online multiplayer experience.

For starters, we’re big fans of asymmetrical multiplayer experiences, and we’re building off our past successes in a whole new way with Predator: Hunting Grounds.

One group of players will control members of an elite Fireteam who pack state-of-the-art conventional firepower, from shotguns and SMGs to sniper rifles and more.

Meanwhile, one player will control the Predator: a stealthy, acrobatic killing machine bristling with exotic alien technology such as the infamous Plasmacaster.

As the Fireteam attempt to carry out paramilitary missions – annihilating bad guys and recovering important items – the Predator will be closing in, using its advanced vision mode to track and ambush its prey.

Creating an immersive world for the Predator universe has been so rewarding for our team. We’re massive fans of this IP, and it’s made us closely examine every aspect of the game to be certain we are staying true to the world. Fox has been an incredible part of this process.