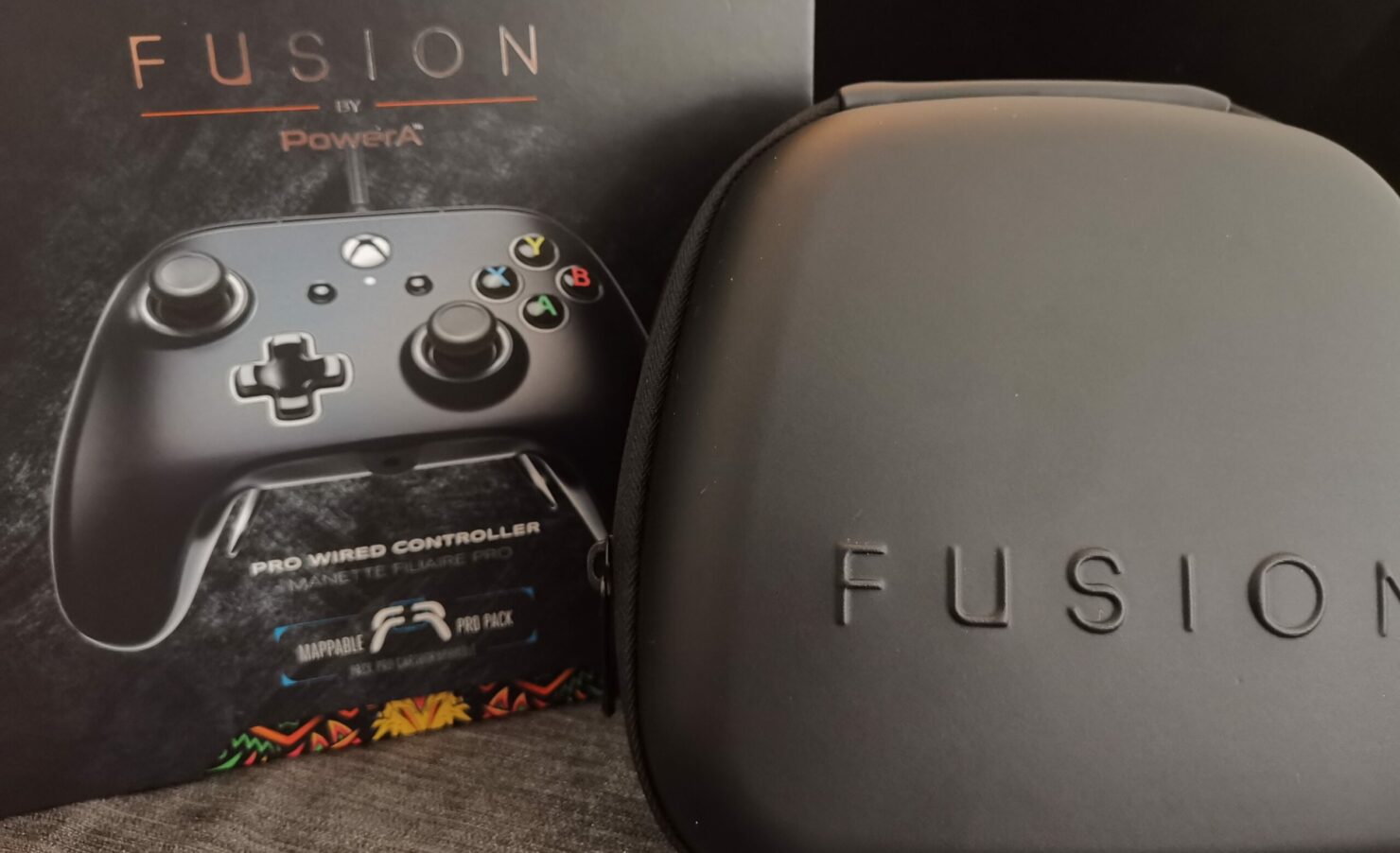 Officially released last year for Microsoft’s Xbox One family of consoles, the PowerA FUSION Pro is the wired counterpart of the official Xbox Elite Series 2 controller but performs just as well for half the price, and it works on the new Xbox Series X|S as well.

With Xbox One controllers from last-gen being compatible with Microsoft’s freshly-launched next-gen consoles, players looking for a solid controller with interchangeable thumbsticks and additional, mappable, paddles, might do well to at least consider PowerA’s impressive offering.

Not only does the controller’s design match that of Microsoft’s own Elite controller, but the FUSION Pro also comes in a similar-looking protective case alongside the ‘Mappable Pro Pack’ that allows users to assign inputs on-the-fly to one of the supplied rear paddles, and anti-friction rings (in silver and green) that can be swapped out. Aside from safely storing the controller, the case is used to store the supplied braided USB cable (3m), the Pro pack and its removable paddles, the extra set of friction rings, and the thumbsticks.

The grips of the FUSION Pro have been injected with rubber for better grip and comfort and the 3-way trigger locks on the controller’s rear allow for more responsiveness.

We’ve included the key features of the FUSION Pro Wired controller down below:

If you’re in the market for a Pro-style Xbox Series X|S controller just under $80 and can look past its wired connectivity, the FUSION Pro offers tremendous value. And yeah – a nice extra due to it being wired: you won’t be needing any batteries.