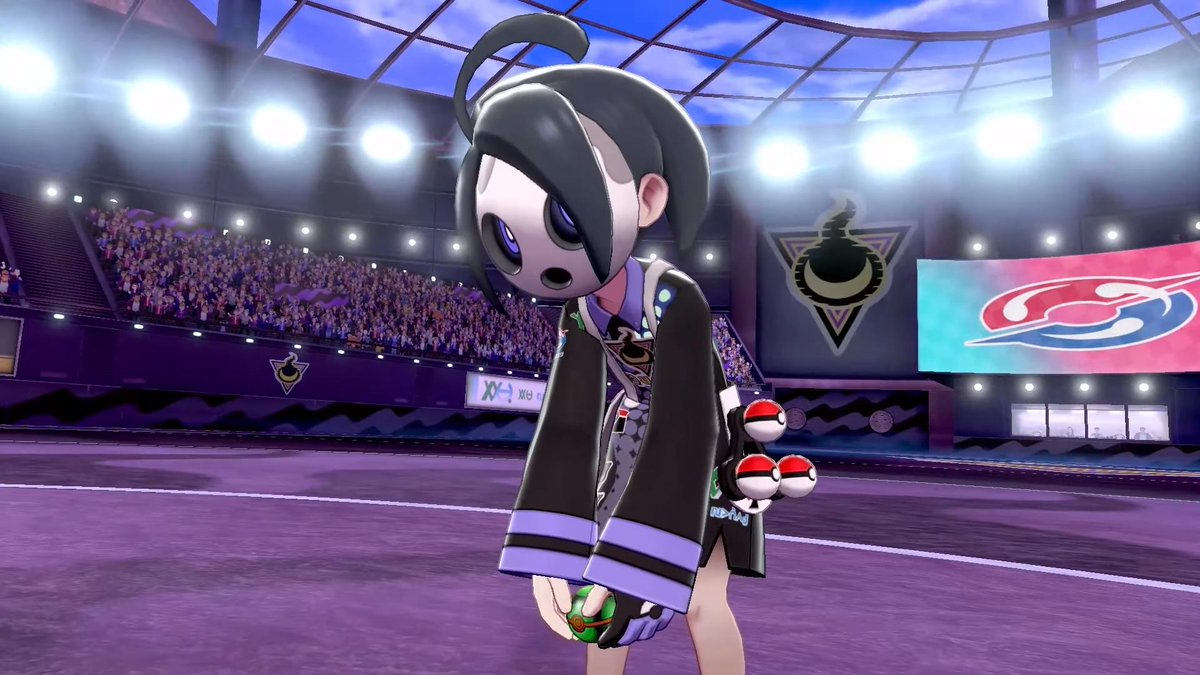 The upcoming Pokemon Sword and Shield for the Nintendo Switch will feature version-exclusive Gym leaders.

Yesterday we covered the new Gigantamax video that the Pokémon Company released, and the accompanying press release included an interesting tidbit about Gyms in the Galar region. According to the Pokémon Company, certain towns in the Galar region will have different Gyms that Trainers can challenge depending on whether they’re playing Pokémon Sword or Pokémon Shield. For instance, in Pokémon Sword, players will challenge Bea, while in Pokémon Shield, they can take on Allister.

We’ve included a short overview of the people in the Galar region down below:

Leon is the strongest Trainer in the Galar region, and he won the Championship in his first-ever Gym Challenge—without being defeated in battle a single time. To this day, his winning streak continues to grow, and his formidable talent for Pokémon battles is unmatched. He’s aided in his countless victories by his partner Charizard, and he’s known to go all out during battles, no matter who he’s facing. His battle style has captured the hearts of the people of Galar.

Oleana is Chairman Rose’s secretary and is known for her calm and collected personality. She also serves as the vice president of Rose’s company and is largely in charge of the day-to-day running of the company.

Bea is a prodigy in Galar karate, carrying on its century-old traditions and techniques. Known for her stoicism and rarely showing her emotions, Bea is also an expert on Fighting-type Pokémon. Her battle style remains very precise even when she’s backed into a corner.

Allister is a talented Trainer of Ghost-type Pokémon who has taken on the mantle of the Ghost-type Gym Leader at a young age. He’s extremely shy and fearful, and he always hides his face with a mask when around other people. Allister rarely makes public appearances and apparently spends most of his time around ruins or in cemeteries.

Pokemon Sword and Pokemon Shield will release for the Nintendo Switch on November 15.