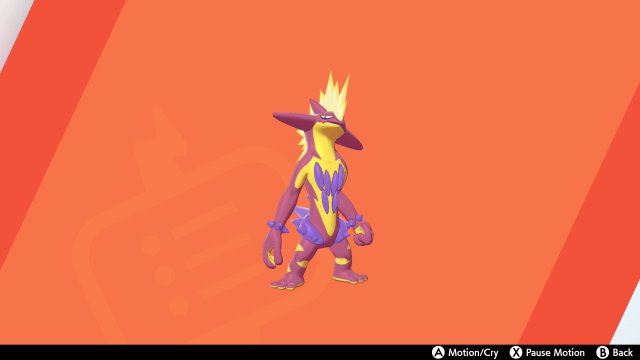 If you're the type of Pokémon player who loves to collect Shinies, you'll want to keep an eye out for the latest free one coming to GameStop in the US and EB Games in Canada. Toxtricity is coming available very soon, according to Serebii.

Special signage advertising Shiny Toxtricity's arrival has been spotted around the store, and it looks like the monster is coming as part of a promotion that will drop on February 19. It could be a part of a campaign to call attention to the new Shining Fates booster packs releasing for the Pokémon Trading Card Game around that time.

If you're looking to add the Shiny Toxtricity to your collection, you'll need to use the Pokémon Pass mobile app. It uses location services to verify you're actually at one of the places the promotion is happening at. You'll have to scan a QR code when you're at the location, and you'll get to unlock a Shiny Toxtricity to add to your Pokémon Sword or Pokémon Shield game.

If you've not kept up with Pokémon Sword and Pokémon Shield, you'll want to grab that Toxtricity for use in the latest expansion for the games, the Crown Tundra. Before that, the Isle of Armor released to fans hungry for more content, both a part of the Expansion Pass. Plus, having another Shiny is always something you want, since they can be exceedingly rare.

If you pick one up, be sure to let us know if you decide to add your new Shiny to your main crew for battling all comers. They're always a fun visual addition to battles, after all.