Does anyone still remember the furor surrounding the release of Pokémon Sword and Shield? Fans and decriers collectively lost their minds at the concept of a Pokémon game which doesn't look the way they expected, and didn't have all of the Pokémon they know and, usually, don't even use. But even if you weren't ranting about "Dexit" on Twitter, you might be a bit like me. Just a bit disappointed with the end product.

Don't get me wrong, I really enjoyed Pokémon Sword and Shield, giving it a solid 8/10. The fact is, any game that keeps me engaged and entertained for 20+ hours is a good one, even if the experience didn't blow my mind. But The Isle of Armor, the first DLC expansion for Sword and Shield, seems tailor-made to assuage the issues that Pokémon's biggest haters had, and does not expand on what I personally liked most about Pokémon's first mainline console adventure. 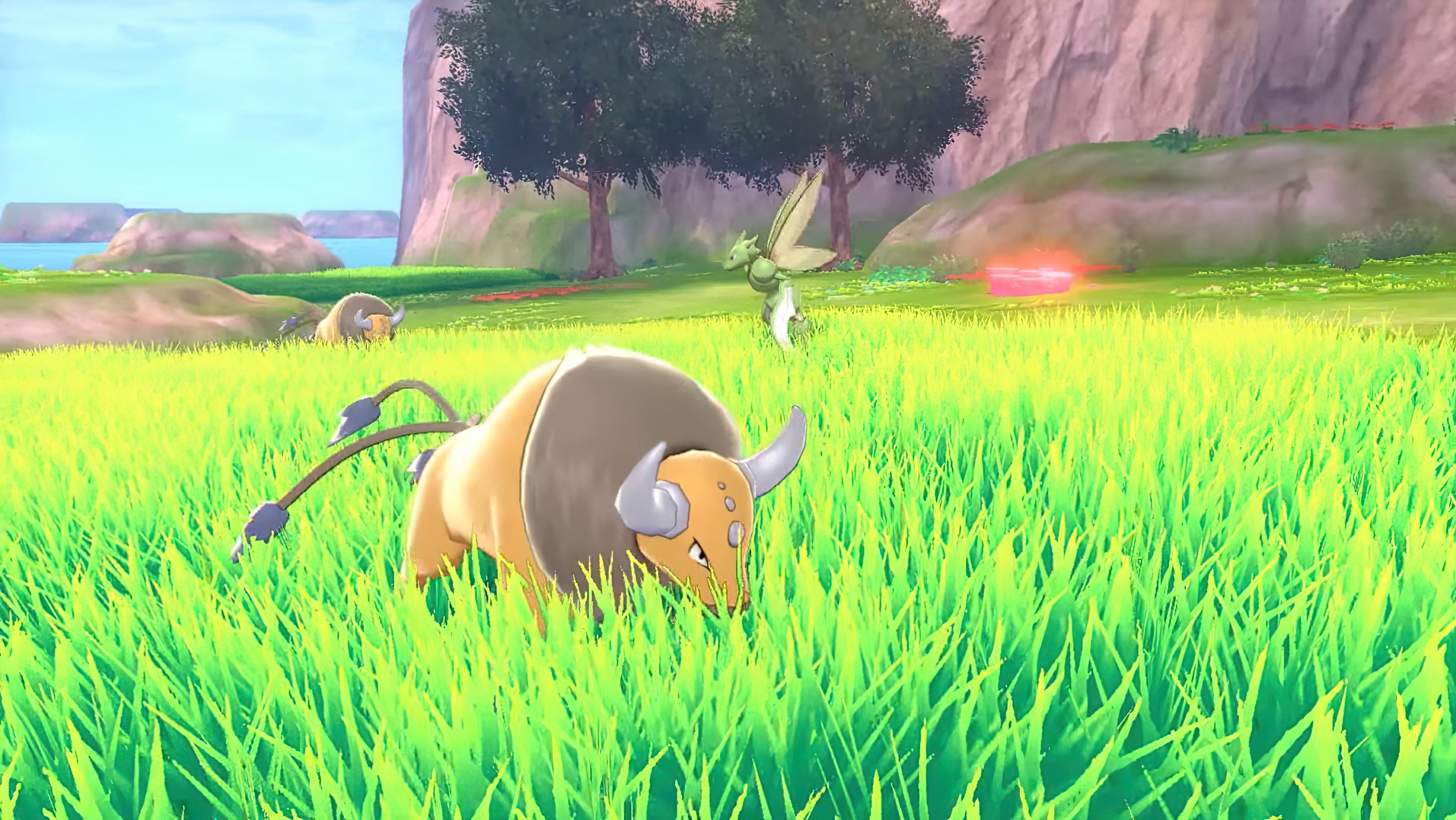 Once you receive your Armor Pass you find yourself whisked away to the new Isle of Armor, which is a huge new Wild Area-style environment. There are little to no loading screens to encounter while exploring the island, and in my opinion, it is a far more interesting environment than the Wild Area in the main game. While the Wild Area before just slowed down your progress while playing through the game and navigating routes, here the Wild Area is the routes, it is the way you navigate the world, and as a result, it is much better for it. The way you look for tunnels and move through the areas feels dynamic and interesting and is essentially the kind of world design I would've loved to see from the main game.

But the fact that the entire world is a Wild Area also means that the traditional Pokémon progression system is gone. You won't be slowly moving through routes and mowing down trainers, instead, there basically are no trainers. The only thing in between you and moving towards whatever your goal is wild Pokémon. Stick on a repel and away you go, nothing to stop you from flying through The Isle of Armor's brief story content.

But that does also miss the point of The Isle of Armor. This is, as I said, to assuage some of those more frustrated Pokémon fans, and The Isle of Armor reintroduces dozens upon dozens of familiar creatures to the game, and the expansion even comes with its own Pokédex to complete. For those Pokémaniacs that wish to catch 'em all, Isle of Armor, the new raids, the new Pokémon, and all of the small tasks you can complete (combining items, upgrading your dojo, etc.) offer hours upon hours of content to plug away at. 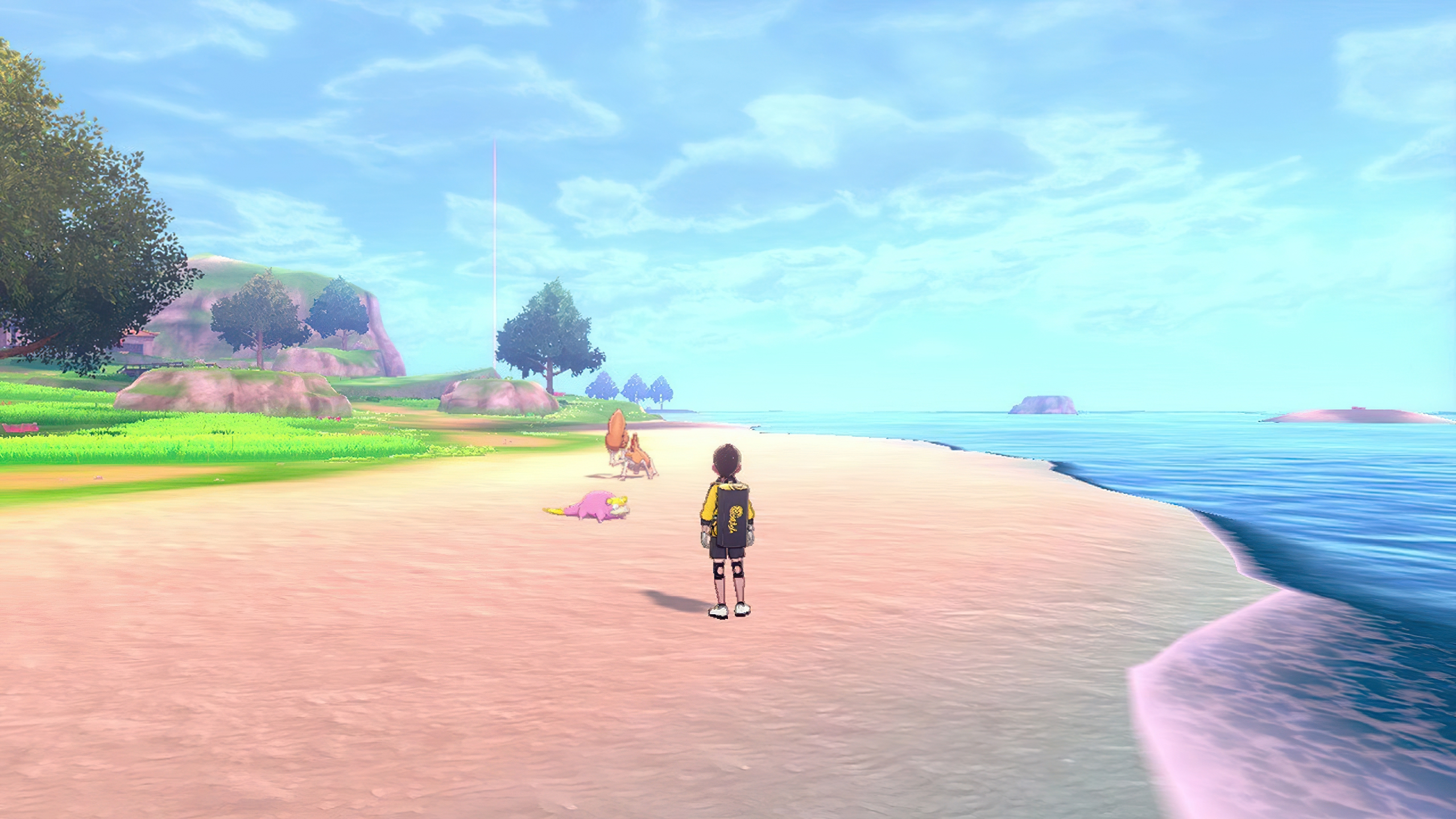 But it also feels so depressing. The Isle of Armor feels desolate. It is, I suppose, a Wild Area dedicated to Pokémon roaming free, but these caves, tunnels, grasslands, desert areas, are all just dull. I like the cities, I like the routes, I like colorful trainers challenging me to a duel, and here there is none of that. Just a wide-open expanse filled with Pokémon to catch. And I couldn't imagine anything more tedious.

Speaking of tedium, there's a new legendary Pokémon in the game, Kubfu. Kubfu is a sweet little bear, and once you've bonded with him, you can enter him into one of two towers in the game, and at the end, you'll be allowed to evolve Kubfu into Urshifu, and depending on which tower you complete Urshifu will either have a Water or Dark typing. That's all great, but you get Kubfu at level 10, must undertake the tower with Kubfu alone, and the enemies are all in their sixties. Yes, it's much easier to level up a Pokémon at the end of the game, but it certainly is tedious, and it's a length that I would optionally never go through. But it is not optional, you need to complete this mundane nonsense in order to see The Isle of Armor's story through to the end.

I am just shellshocked by how underwhelmed I am. I didn't expect much from The Isle of Armor, but even with those low expectations, I have no idea what to do with it. I have zero interest in completing my Pokédex, and without that desire, I couldn't possibly recommend The Isle of Armor to anyone. While I find the world itself to be a massive improvement to the base game, everything else feels like a step back. I didn't expect towns and gyms or anything like that, but I expected something more to do. A progression path. Trainers to beat. But instead, it felt like a collection of fetch-quests, a battle challenge, and little else. This is the worst part of Pokémon Sword and Shield distilled, and unlike the main game, I am entirely bored to tears.

Pokémon Sword and Shield's Isle of Armor Expansion gives the game the best environment and world design Pokémon has had in any 3D game, mainline, or spin-off, but very little else. If you're a Pokémaniac who is dead-set on completing another Pokédex, you'll love this, but if you want to do something other than filling out a list, this is not for you. This is not the whimsical world-traveling adventure mainline Pokémon games are, this is just boring.