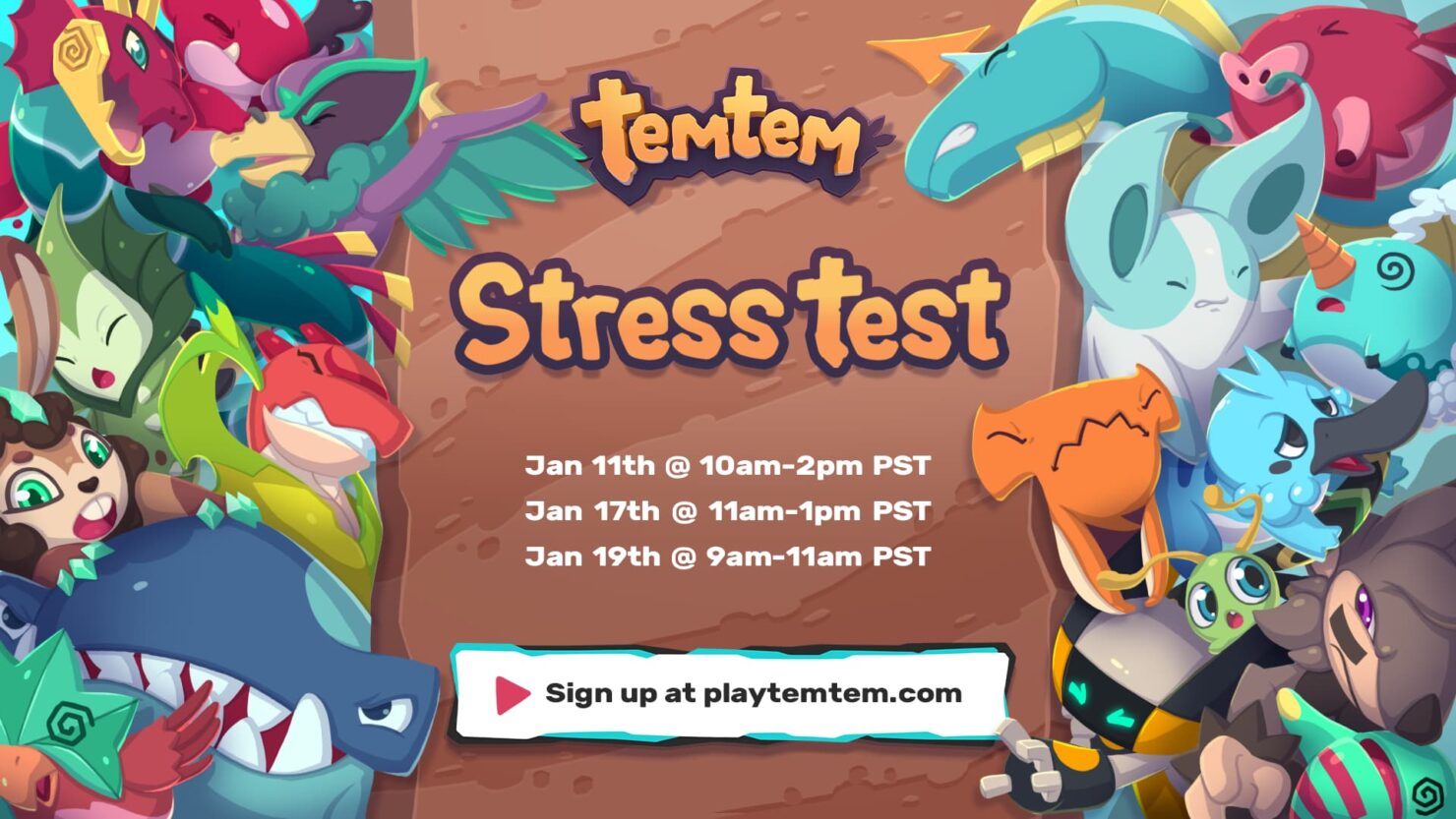 Pokémon fans may be a bit disgruntled after the slightly controversial release of Sword and Shield, but they have reason to cheer up.

Temtem, the indie MMO clearly inspired by Pokémon and funded on Kickstarter in 2018, is just about to launch on Steam Early Access. The official date is January 21st, barring any delays.

However, the developers from Crema announced three stress tests happening ahead of the early access debut, the first of which is due this week. If you're interested in participating, check out the official FAQ below as it was shared by Crema.

These tests are going to be distributed between different days and timeframes:

What is the stress test?

It is a public and free test for Temtem. We want to run this test in order to have a better estimation of how the servers will behave on launch day.

As a user, participating in the stress test will allow you to take a first look at Temtem before the game is released and in the process, help us out.

You will be contacted during Jan 9th and Jan 10th, and you will be given a Steam key which you can redeem for test access.

If I play during the stress test, will I own the game when it launches?

No. The Stress test key will only grant access during the stress test hours. In order to keep playing Temtem when the game is released on January 21st, you’ll need to buy the game.

Will progress made during the stress test be kept on the release?

No. Everything will be wiped out from the server before going into the Early Access release.

Are there any limits on available content during the stress test?

No. Everything currently available on the Alpha will be available during the stress test (the campaign, co-op, pvp, trading…).

I am a backer. Do I need to get an invitation?

Will progress done during the Stress Test carry forward when the game launches?

No. Everything will be wiped before launching Temtem into Early Access.