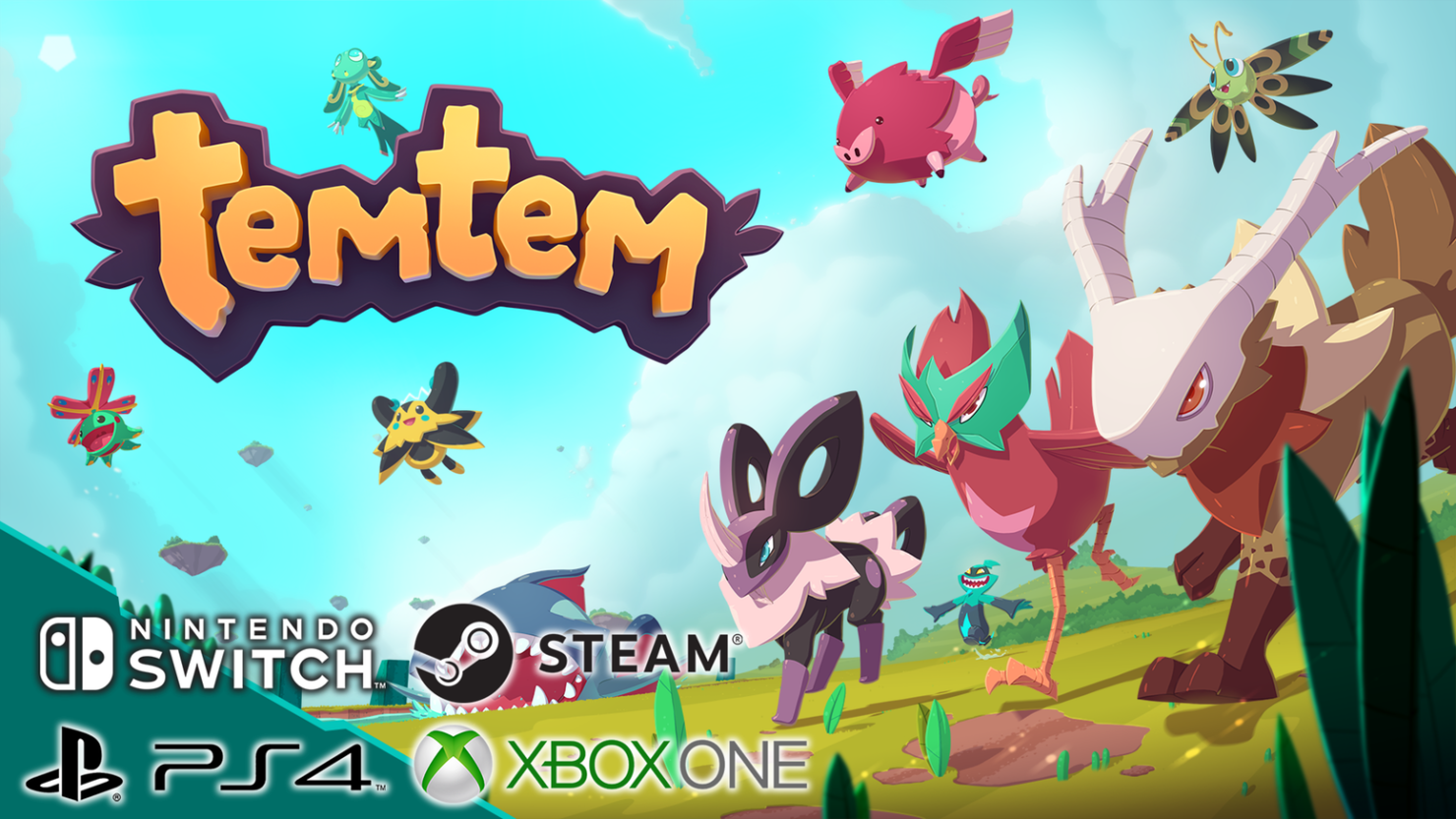 Just as we got the first details on the upcoming Pokémon: Let's Go, Pikachu! and Let's Go, Eevee! games, Spanish developer Crema announced a Pokémon inspired MMO creature collection adventure game called Temtem. Crema, known for Immortal Redneck, sought crowdfunding via Kickstarter and the game's campaign concluded just a few hours ago with an outstanding response. The final sum collected is $573,939, or 817% of the base goal, and all of the stretch goals were unlocked.

As a result, Temtem will launch in May 2020 for PC, PlayStation 4, Xbox One and Nintendo Switch crossplay and cross-save between the platforms that support it (which basically should mean all of them except PlayStation 4, due to Sony's known policy).

The game will feature a full story campaign, breeding, housing, mounts, extensive player customization, as well as a number of MMO-like features such as Clubs (the equivalent of Guilds), ranked ladders, in-game tournaments and even a replay system to watch competitive matches.

In case you missed the campaign, there's still the chance to pledge via PayPal.

Every kid dreams about becoming a Temtem tamer; exploring the six islands of the Airborne Archipelago, discovering new species, and making good friends along the way. Now it’s your turn to embark on an epic adventure and make those dreams come true.

Catch new Temtem on Omninesia’s floating islands, battle other tamers on the sandy beaches of Deniz or trade with your friends in Tucma’s ash-covered fields. Defeat the ever-annoying Clan Belsoto and end its plot to rule over the Archipelago, beat all eight DojoLeaders, and become the ultimate Temtem tamer!

These are the floating islands where Temtem and humans coexist peacefully. Each island is a whole different world, but there is something we all have in common – our love for Temtem and Temtem fighting! Intrepid tamers like yourself travel on airships to the furthest reaches of the Archipelago to find the best Temtem. Every young tamer dreams of becoming the best…

But not everything is fun and peace in the islands. Behind the scenes, Clan Belsoto is weaving a dastardly conspiracy against Temtem and humans alike. You will need all the friends and your best Temtem to defeat the wicked Clan Belsoto.