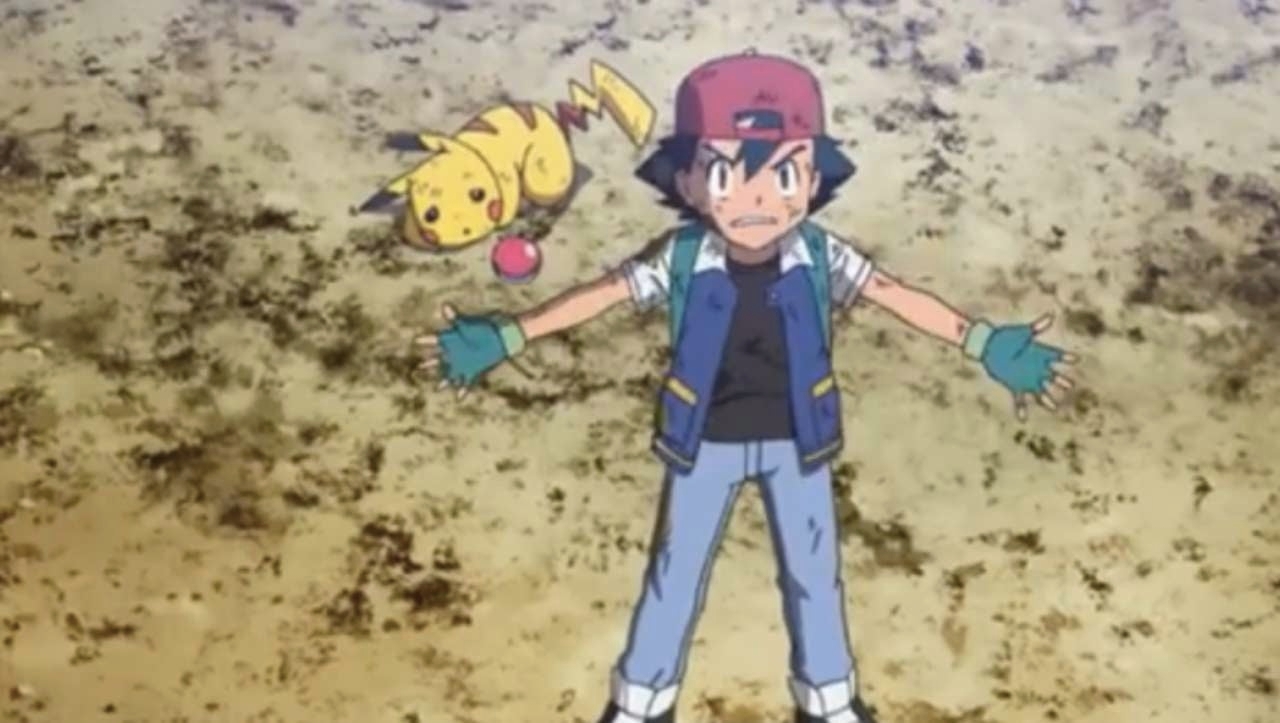 It's no secret that there's been an issue with Pokémon Sword and Shield since back when PETA was criticising Pokémon in 2012, accusing it of promoting cruelty to animals. Little did they know that Gamefreak and The Pokémon Company were just waiting and planning to strike back, introducing the first vegan Pokémon in the form of Applin. An Apple. Take that PETA.

An issue I've had with Pokémon for a good number of years now is that there is a huge lack of imagination. Yes, fair enough, the first generation included Rattata, Pidgey, Caterpie, Zubat, Mankey... Okay, maybe Pokémon has never been the bastion of originality when you look at several Pokémon within any generation.

The first generation likely gets away with it due to nostalgia and that these are the Pokémon a lot of us grew up with. I didn't grow up with Spoink, Honedge, Klink, Pineco, Vanillite, Trubbish, Klefki and Applin. Seriously, it's an apple. Oh, and there's also a new Pokémon that's a haunted teacup that evolves into a haunted kettle. Come on Game Freak, you can do better than this, particularly when you've removed a lot of the long-term fanbase's most favourite Pokémon. 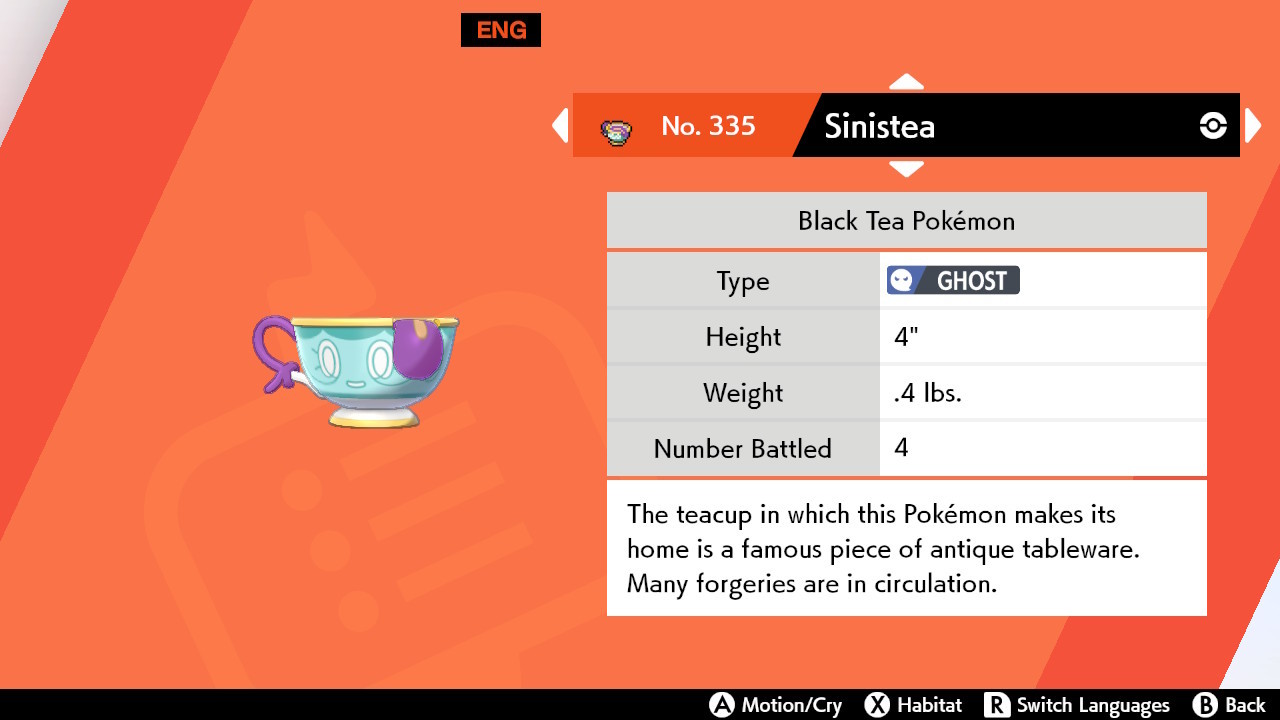 Why am I talking about this? I was thinking about why I wasn't enjoying Pokémon Sword and Shield as much as I normally would enjoy Pokémon games last weekend and then earlier this week while I was doing a little travelling. I've just decided to prattle on about it now if only to try and decipher my own thoughts.

Too Many Pokémon? Pokémon Sword and Shield Goes Wrong

So we all know Pokémon has expanded way too far now. It's essentially been impossible for anybody with real-life human commitments, such as eating and sleeping, to "catch 'em all!" from any time after Pokémon Gold and Silver. Well, due to the way Game Freak and Nintendo have been ripping consumers off by releasing two versions of the game, each essentially containing the same Pokémon bar a very small percentage in the cheap ploy to get people to purchase two copies of the game, it's never actually been possible to "catch 'em all" in one single game.

It's something I was able to live with for a long time. I understand the business reasons behind this and even the somewhat disingenuous reason that it's a way to get people to link together and trade. If I went around playgrounds, asking people to trade little animals with me, I'm fairly certain I'd be on the receiving end of a few stern words from both parents and the police. Let's face facts, it's always been in the hopes that even a small percentage of the players will buy both copies of the game. That's why Pokémon Yellow is still one of the best Pokémon games ever made.

Now the series has over eight hundred Pokémon in the Pokédex, what is the solution? Game freak determined that simply executing a good four hundred of them was the right option. Game Freak is wrong. Of course, it's easy saying that someone else is wrong if you don't offer a solution, but that's exactly what I'm going to do. For that matter, I've got two solutions, one of which would justify Nintendo's shambles of a two-game release method for Pokémon.

Before we look at that, I do want to shout out to the community who have already shown a skill level seemingly far beyond that of Game Freak and Nintendo with just how they're tinkering with the game. Not only have they already successfully modded in some older Pokémon, it's also successfully running on an emulator.

How It Could Have Gone Right: Solution One

The first logical idea, one that would keep everybody happy (to an extent) and even justify the two-game system would be to include each and every Pokémon within the franchise but create an equal division between Pokémon Sword and Shield. Both versions could have contained every Pokémon from the new Pokédex (except for Applin, Sinistea, Rolycoly and... You know what, I'll stop now) as well as half of the remaining ones.

No doubt this could have caused controversy if, for example, Sword contained Psyduck and Shield contained Chikorita, the world would naturally be in uproar as they were forced to purchase both titles. It would even perfectly minimise the issue that both releases are essentially the same bar around ten or so missing from one game but being in the other. Imagine that, all twelve-billion Pokémon and, theoretically, you could catch them all if you were a super-fan who went in for both versions. Far better than the downright horrendous idea of reenacting Old Yeller on a huge swathe of fan-favourites.

If not that idea, because it would undeniably take too much time, then what? My favourite Pokemon theme song is from Pokémon Johto. Why is that relevant? Simple, it tells you exactly what Game Freak, The Pokémon Company, Nintendo and Toby Fox should have done: Created a whole new world. After all, everybody wants to be a master, everybody wants to show their skills. It's a whole new world that we live in and it is a whole new place to see and you still have to "catch 'em all". Do-do-do, do, do-do! 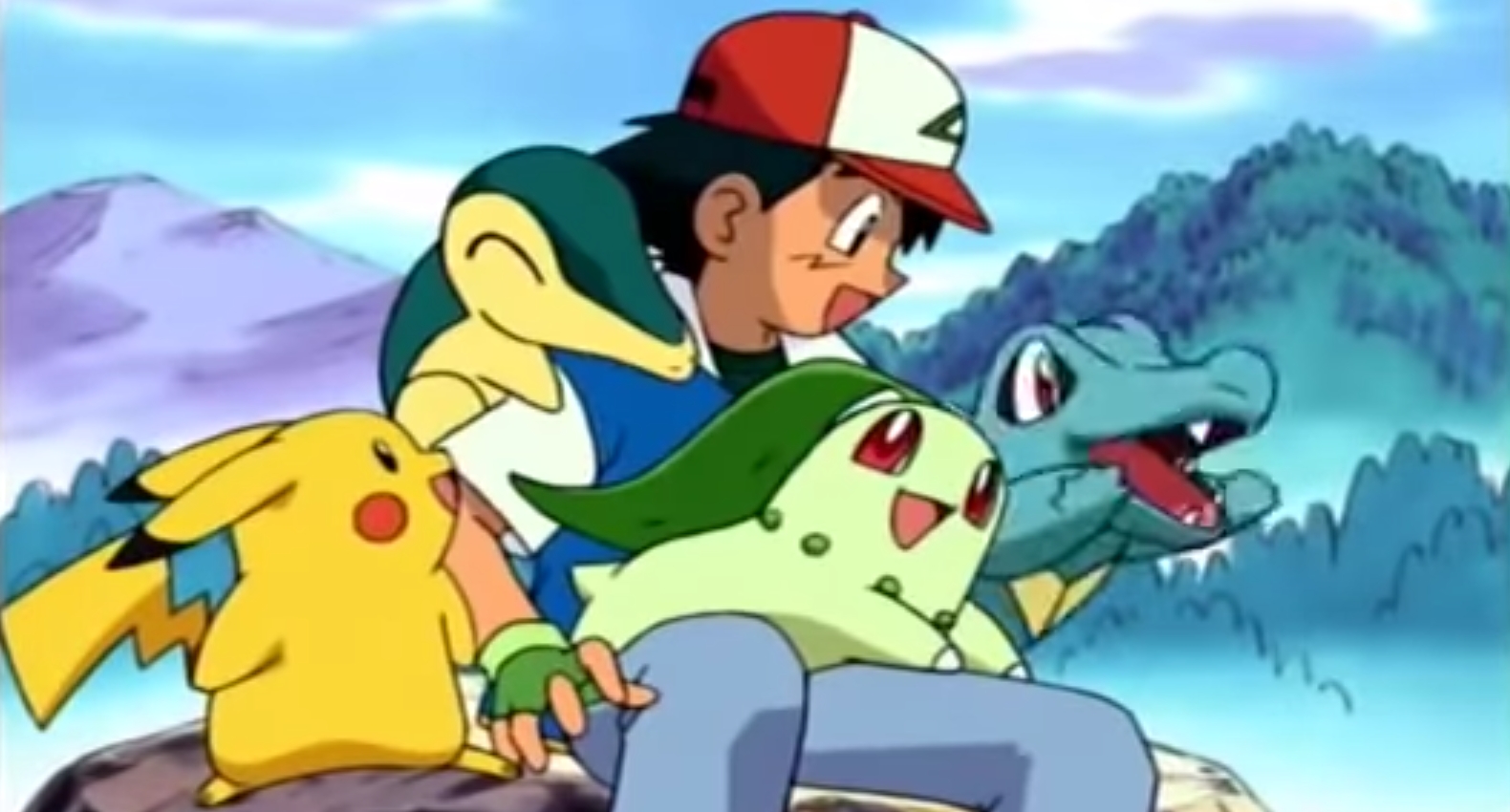 How It Could Have Gone Right: Solution Two

Simply put, it would have been smarter to actually create a whole new world and a whole new set of Pokémon. Would it have caused some issues? Oh god yes. First, Pikachu is likely still the most marketable thing on this planet. Not having Pikachu in the game seems inconceivable, if only due to the amount of lost merchandise revenue. Also nostalgia. It would also mean that the company would have to think of at least another sixty-nine Pokémon to go alongside the eighty-one introduced within Pokémon Sword and Shield. Ideally, more than sixty-nine, because Rolycoly would only be given to bad children on Christmas. I've been a good boy.

I see several benefits to a whole new Pokédex with zero returning Pokémon and some of them tie into features that appeared in previous titles and Pokémon Sword and Shield. First and foremost, you don't have to stretch the realms of any believability even within the Pokémon world. How is it that nobody was aware of baby Pokémon before Johto or any of the other hundreds of hundreds of Pokémon that were in other regions? It beggars belief that Kanto was an isolated nation. Then Johto only traded with Kanto, Hoenn only with Johto and Kanto. You get the picture.

In addition to this, the creation of a whole new Pokédex in a whole new world would add a level of excitement to the series that has honestly be lost for over a decade now. The lack of time spend balancing over four hundred Pokémon could actually be used to quite literally bring the series into the modern era. Maybe it's simply because I'm not a die-hard fan but even on release the games show their age. The only one that didn't were the Let's Go titles. Also, and this is likely the crux of the issue now, you would actually be able to do what the catchphrase says: "Catch 'em all".

Let's be honest though, for a long time now we haven't been able to catch every Pokémon. That's why the Pokémon Bank was created, letting you move them from one game to another. Naturally, this forces you to buy another game. Multiple other games, just to let you get the Pokémon you want in the most recent game. Granted, Pokémon Bank doesn't work with Pokémon Sword and Shield, with the upcoming Pokémon Home taking over.

Even then, you still won't be able to bring every Pokémon over. So yes, this is the first Pokémon game(s) where you quite literally cannot "catch 'em all", even if you pay for the extra service.

Let me make one thing clear. I bought Pokémon Sword at launch and I like it. I'm not going to be the one reviewing it, that's for somebody else. It's Pokémon, it was always going to be good, but is good enough? It's a refined game that is fun and will always be an overall enjoyable time for the player. That's why Pokémon releases will pretty much always be a hit and will always move the dial for Nintendo, from their shares to console sales, merchandise and more. 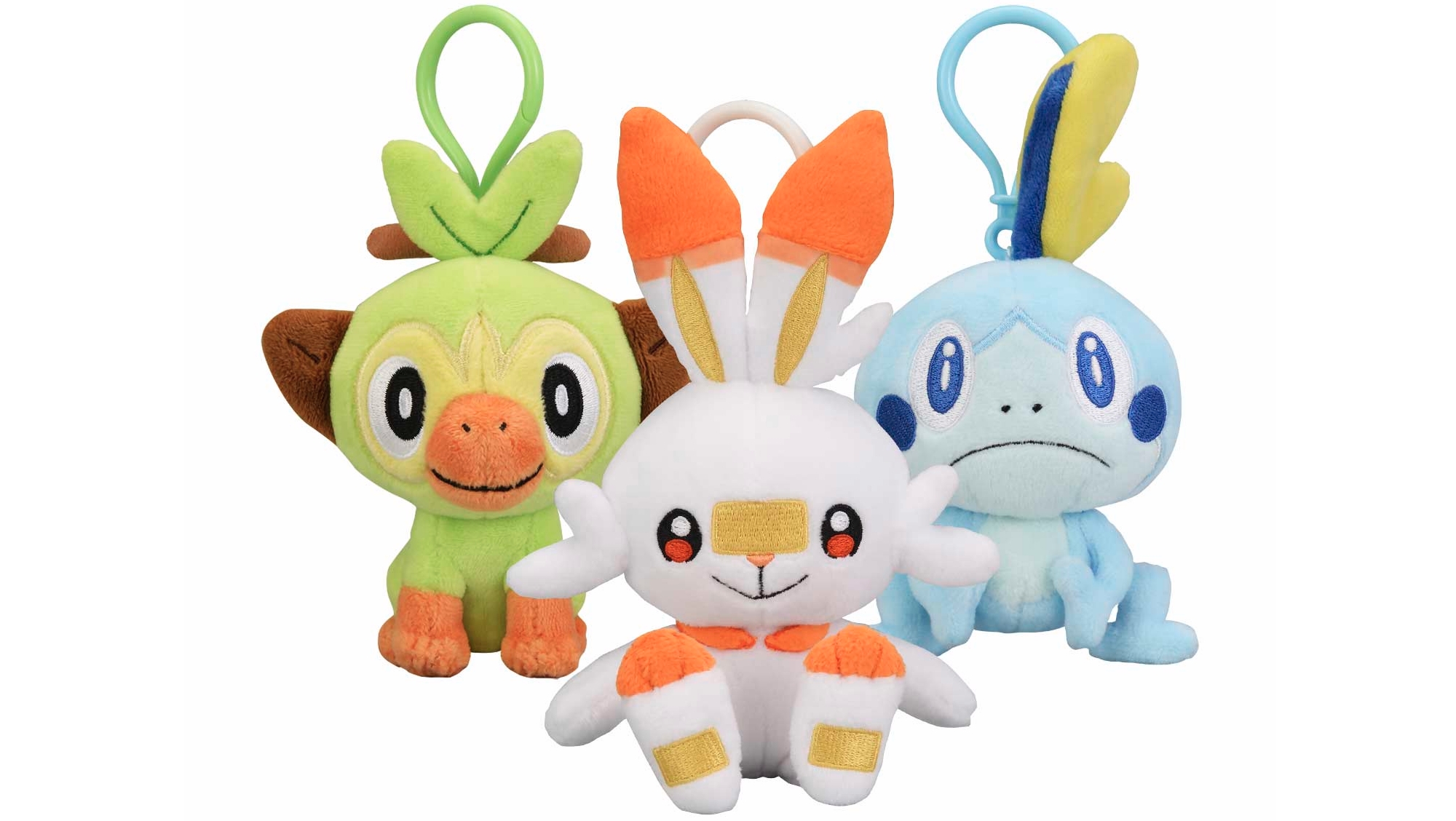 Do I think it's the best? It's not even in the same league. This is the main problem I have with the series now, something far above that of dexit. Pokémon games are archaic, having rarely made the real advancements they need to make and when they do, changing them for the sake of it. Yes, we now have camps to let you eat a Slowpoke tail and associate with your Pokémon. The game also brings in Pokémon appearing in the overworld, right from the best Switch Pokémon game: Pokémon: Let's Go Pikachu.

However, the game still contains long-winded text boxes for every single aspect of the bloody game. The Pokémon brought forward from previous games aren't new models, simply refined, which should have undeniably eased development to some extent and allowed for, well, something. It's also a damn shame that the games seem intent on shoehorning in new features like "Dynamax" and "Gigantamax" which are unwanted replacements for far superior elements like Mega Evolutions.

I suppose what I'm trying to say is that Game Freak has not only made a big mistake by making a Pokémon version of The Avengers by disappearing half of the Pokédex, without giving fans at least some level of input of what should be kept, they have also made a mistake by not really advancing the series in any real measure. The Pokémon: Let's Go games, despite being smaller, felt fresh and more personal. Sword and Shield? I'll keep playing it and I'll no doubt end up buying the special version, Pokémon: Cuirass.