Pokemon GO Launches on Apple Watch – Here Are the Details 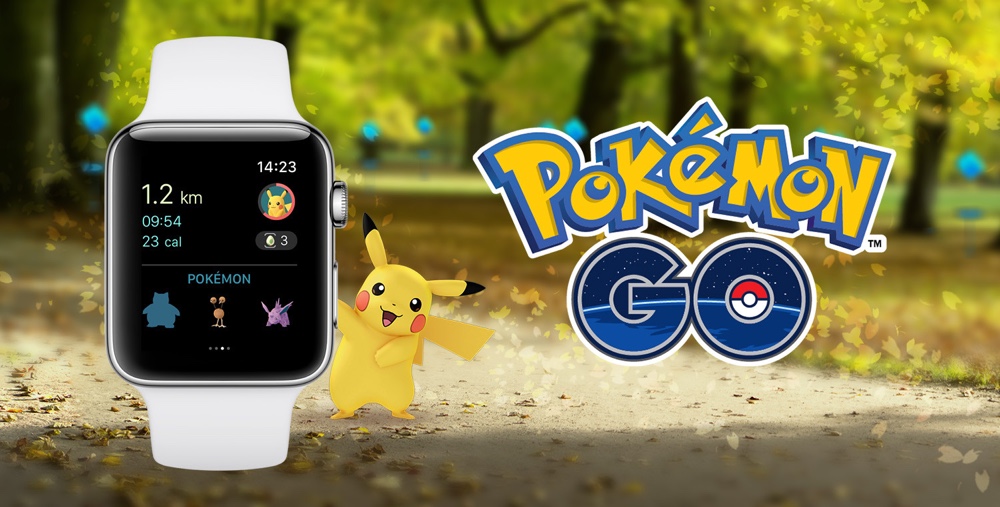 Pokemon GO is finally available for Apple Watch users. But it's not just a regular companion app, it has fitness features baked in too.

Just in time for the holidays, Niantic Labs has pushed out an update for Pokemon GO on iOS, bringing the game to Apple Watch users. But unlike what you'd expect from Pokemon GO on an Apple Watch, the app actually has some nifty little features baked right in. For starters, you can log each and every session of Pokemon GO as a workout, which is a major plus, if you're a fitness fanatic. Furthermore, you get pings on your Apple Watch whenever there's a Pokemon nearby. Things are topped off with the ability to top up your backpack at a PokeStop, that too straight from your wrist. There's a whole lot more, and something which Niantic Labs has covered in detailed in its announcement post.

Pokémon GO is now available on the Apple Watch! You will now be able to explore and experience the world around you directly from your wrist, whether you’re searching for wild Pokémon or trying to hatch the Pokémon originally discovered in the Pokémon Gold and Pokémon Silver video games.

Apple Watch is particularly well suited to Pokémon GO as it seamlessly combines gameplay and imagination with getting exercise and exploring the real world. You can easily interact with Pokémon GO on Apple Watch, using quick taps to discover nearby Pokémon and collect items from PokéStops. Once you encounter a Pokémon, you can catch it from your iPhone. You can log your play sessions through the Apple Watch app as a Workout that will count toward your personal Activity rings, while also counting distance toward hatching Pokémon Eggs.

To recap the core features of Pokémon GO on Apple Watch, you’ll be able to

This holiday season, experience Pokémon GO and the world around you in a whole new way on Apple Watch. It’s the perfect companion for bundled-up winter walks in the Northern Hemisphere and for fun summer activities in the Southern Hemisphere. And hey, what great timing—you can get a head start on that New Year’s fitness resolution by having some fun now!

There's a lot you can do with the Pokemon GO Apple Watch app. It's just a matter of you updating the game on your iPhone and getting to grips with things from here on in. And if you don't have the game installed on your iPhone, then now's the time to do it, as things are starting to take off once again.

A while back it came to light Niantic Labs had scrapped its Apple Watch plans altogether. But soon after that rumor, the company jumped in to confirm that the game is still in development for Apple Watch and they will have something to offer to the public soon. Today, the company fulfills it promise, and Pokemon GO for Apple Watch is finally with us.

Be sure to check out the following links before heading off: