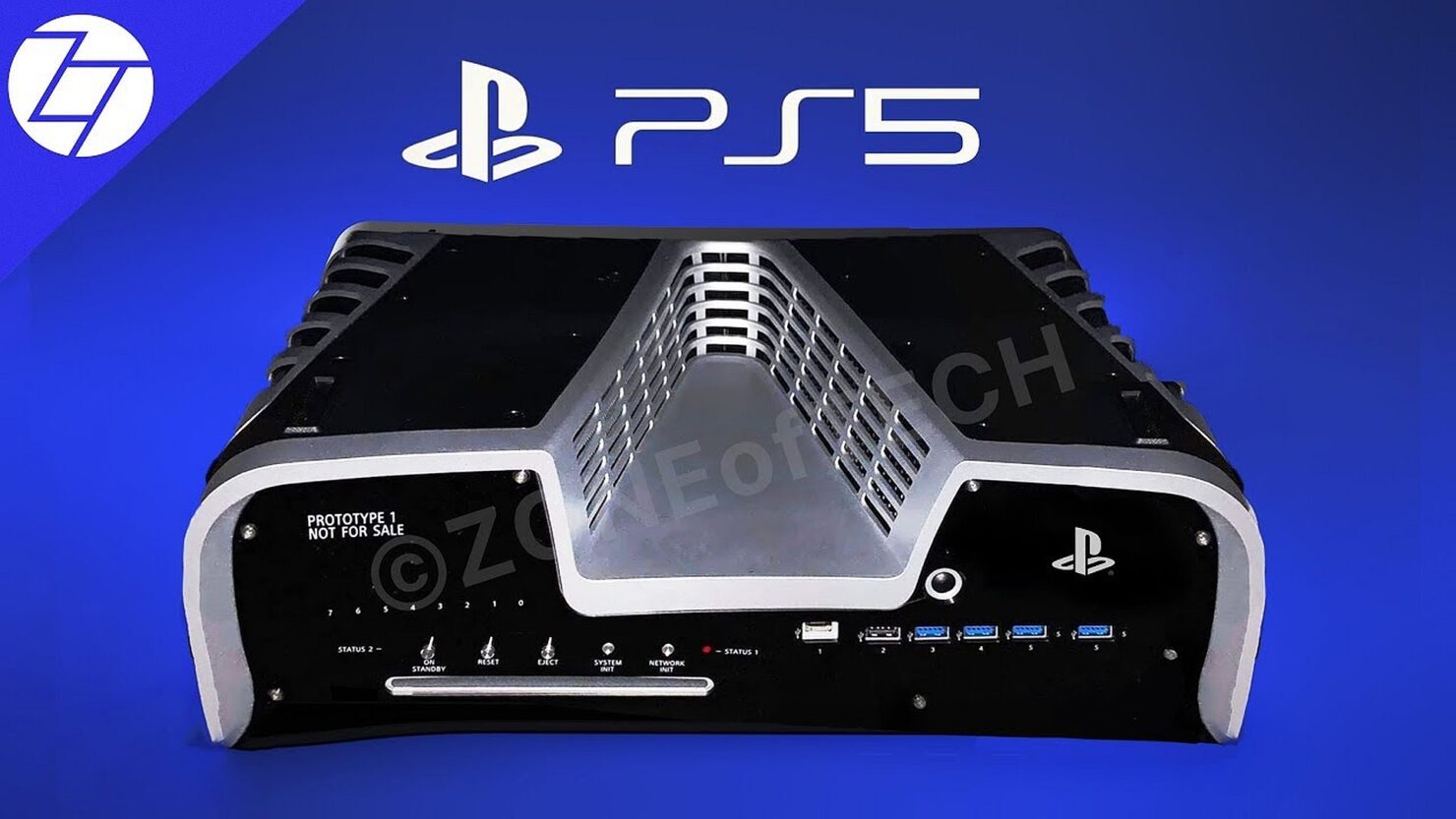 Thanks to a leak shared by YouTube channel ZONEofTECH, we've got the first unofficial look at the PlayStation 5 developer kit now available to game studios all around the world.

The picture was apparently taken on Thursday, October 10th by the leaker. Most importantly, it confirms the previous patent design leak originally unearthed by Dutch website LetsGoDigital. As you can see below, the design and the leaked PlayStation 5 devkit image match almost completely. 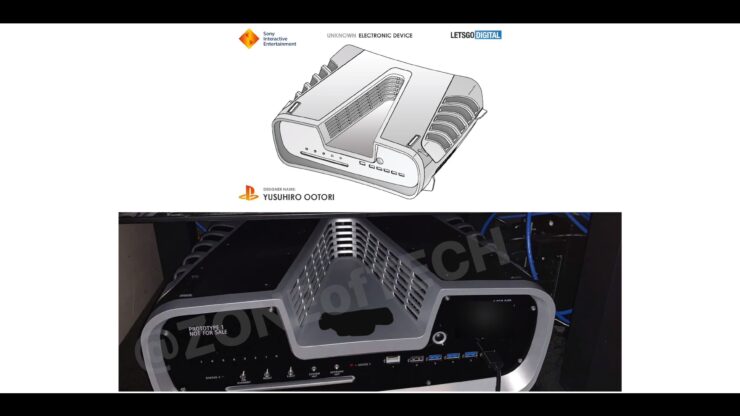 The leaked picture also provides us with some additional info on the ports and buttons. There seem to be six USB ports, while buttons include ON/STANDBY, RESET, EJECT, SYSTEM INIT, and NETWORK INIT. Of course, the final PlayStation 5 console that will be available at retail stores may not have the same configuration.

The V-shaped cooling design isn't something we see every day, though indeed, the console will need some serious cooling power. Sony confirmed to be using an AMD Zen 2 (7nm) processor with eight cores and sixteen threads, and an AMD Radeon Navi for graphics featuring hardware acceleration for real-time ray tracing.

The hardware of the PS5 includes a custom unit for 3D audio, a custom SSD that is reportedly crucial in how games will be developed for the new console, an Ultra HD Blu-ray optical drive that supports up to 100GB discs and 4K Blu-ray video format, an improved controller packing a larger battery, USB-Type C connectivity, adaptive triggers and haptics motors.

We also know that the suspended gameplay state will use much less energy than was the case for the PlayStation 4. Sony committed to this endeavor as part of the 'Playing for the Planet' UN initiative. The system's User Interface (UI) has been completely revamped as well, according to Lead System Architect Mark Cerny.

The PlayStation 5 has been confirmed to be due for the Holiday season next year. Chances are we'll know a lot more about it in a few months, as Sony could replicate the PlayStation Meeting event that was hosted to unveil the PlayStation 4 back in 2013. After all, the current-generation PlayStation had an exceedingly strong run, perhaps even better than its Japanese manufacturer could have anticipated, having sold-in 100 million units as of June 30th, 2019.