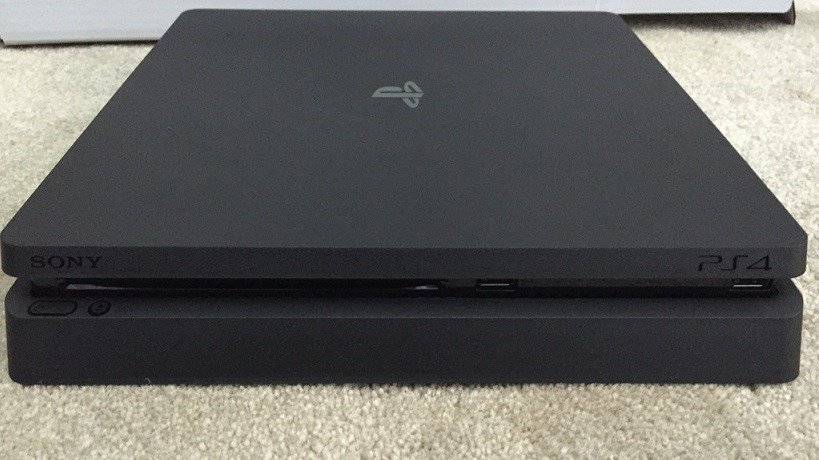 The PlayStation 4 Slim console has got to be one of the worst kept gaming secrets of the year. Images of the console have started surfacing online in the past few days, and today an unboxing video has also come in, showcasing the yet to be officially unveiled console.

The new PlayStation 4 Slim unboxing video, which can be watched by going right below, highlights the console's slimmer design, when compared to the original PlayStation 4, as well as the new Dual Shock 4 controller, which comes with some new features not present in the original DS4, the easy HDD bay access, which should make those looking into upgrading the HDD happy, and more.

The PlayStation 4 Slim console has yet to be revealed officially, but we won't have to wait much longer to learn more about it. A report from The Wall Street Journal revealed yesterday that Sony is going to unveil two new consoles at the PlayStation Meeting next month. With the PlayStation 4 Neo also releasing in the near future, it will be interesting to see how the Japanese company will manage the launch of two different consoles in a relatively short span of time.

PlayStation 4 Neo And Possible New Slim Model Might Launch This Year, According To Analyst