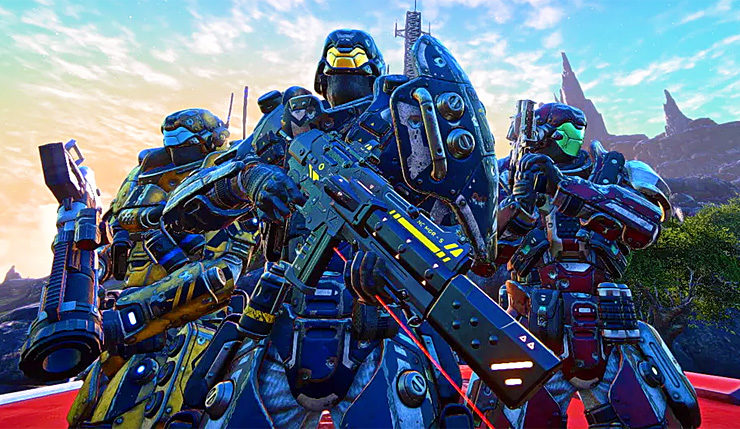 Last month Daybreak Games finally launched Planetside Arena, their new battle-royale take on the series, via Steam Early Access, which generated some excitement, but also some questions. Specifically, what was happening with the core Destiny-like Planetside games? Would we ever see a Planetside 3?

PlanetSide Arena is intended to be the stepping stone to PlanetSide 3, which we envision expanding from the current battlefields of Auraxis, to full-fledged galactic war with empires exploring, colonizing and conquering one another within an expansive galaxy. We envision PlanetSide Arena as a way to allow us to link present day PlanetSide 2 and PlanetSide 3 story lines, as well as providing an opportunity to try out new features, styles of play, etc.

Sites also explained why Daybreak is even bothering with a Planetside 3, rather than just updating Planetside 2. Basically, they don’t want to rock the boat too much…

Why wouldn't we just do this in PlanetSide 2? Quite simply, because PS2 offers a very unique experience that the current, active community enjoys. Trying to incorporate different game systems or styles of play or even trying out new modes would be disruptive - potentially catastrophically. We don’t want to upset that balance, as it would be unfair to our current PS2 community.

No word on when Planetside 3 might arrive, but I think we may be waiting a while. As mentioned, Planetside Arena is currently in Early Access, but Daybreak doesn’t want to linger too long, promising to “GTFO” and release the full version of the game “as soon as possible.” In the meantime, you can check out Wccftech’s interview with Planetside Arena’s lead designer, right here.