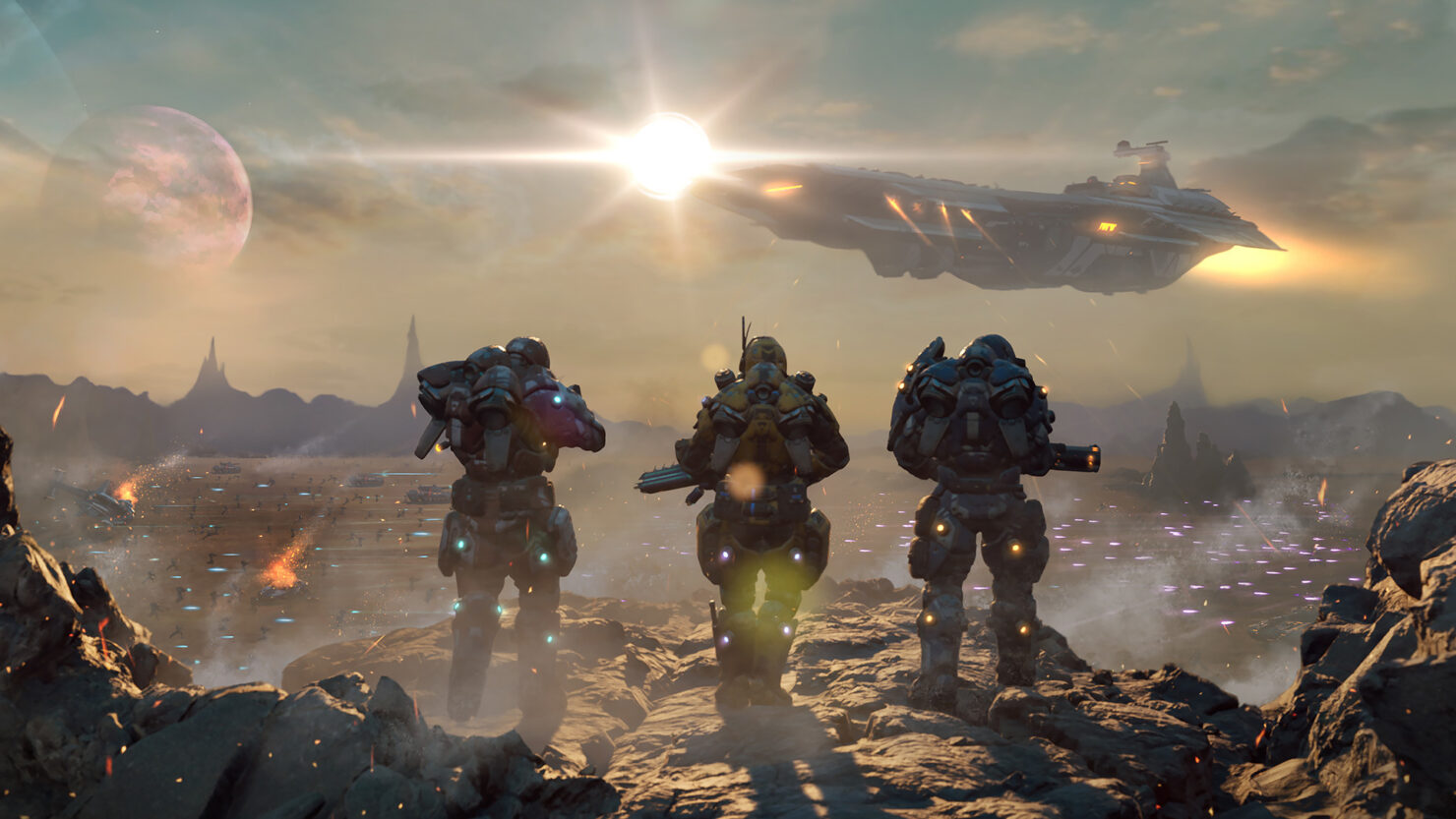 PlanetSide Arena, the Battle Royale inspired spin-off of PlanetSide 2, was originally meant to launch on Steam Early Access in early January. Then it got delayed, though, and kinda fell off the grid.

Today, Daybreak announced the new release date: September 19th. Here's what will be there at launch.

Our initial launch in Early Access will feature the new Squads mode (12 soldiers per Squad) and Teams mode (3 solders per Team) in epic 300-player matches. Three initial character classes (Assault, Engineer, and Medic) and an expansive motor pool including tanks, hovercraft, and jetpacks offer players a variety of strategies and playstyles to choose from in every match, with freer movement mechanics and more explosive combat options than ever before.

The new personal loadout system, a visual overhaul for the game, and character mods that add utility to your weapons and battle suits are just a few of the additional new features we've worked to implement since our first beta sessions.

PlanetSide Arena will continue to add additional modes, vehicles, weapons, classes, events, and maps throughout our time in Early Access - including Massive Clash, an intense base vs base conflict that supports up to 1,000 players.

The Year One roadmap also mentions 'Outfit Wars', which should be the game's equivalent of Guild Wars, as coming in the first quarter of 2020 to PlanetSide Arena. That's also when aircraft vehicles will be added.

In the second quarter of 2020, the game is expected to launch on PC as well as PlayStation 4 and Xbox One.

Daybreak additionally informed fans that there will be two launch 'bundles' to choose from.

The PlanetSide Arena: Recruit Edition for $19.99, contains a copy of the base game, crates, and the Early Access exclusive Alpha Strike banner!

The PlanetSide Arena: Legendary Edition for $49.99, is filled with epic value! Not only do you get the base game, the banner, and more crates than the Recruit Edition, you also receive the exclusive M-20 Tempest skin and Alpha Strike armor skins for the Assault, Medic, and Engineer classes. 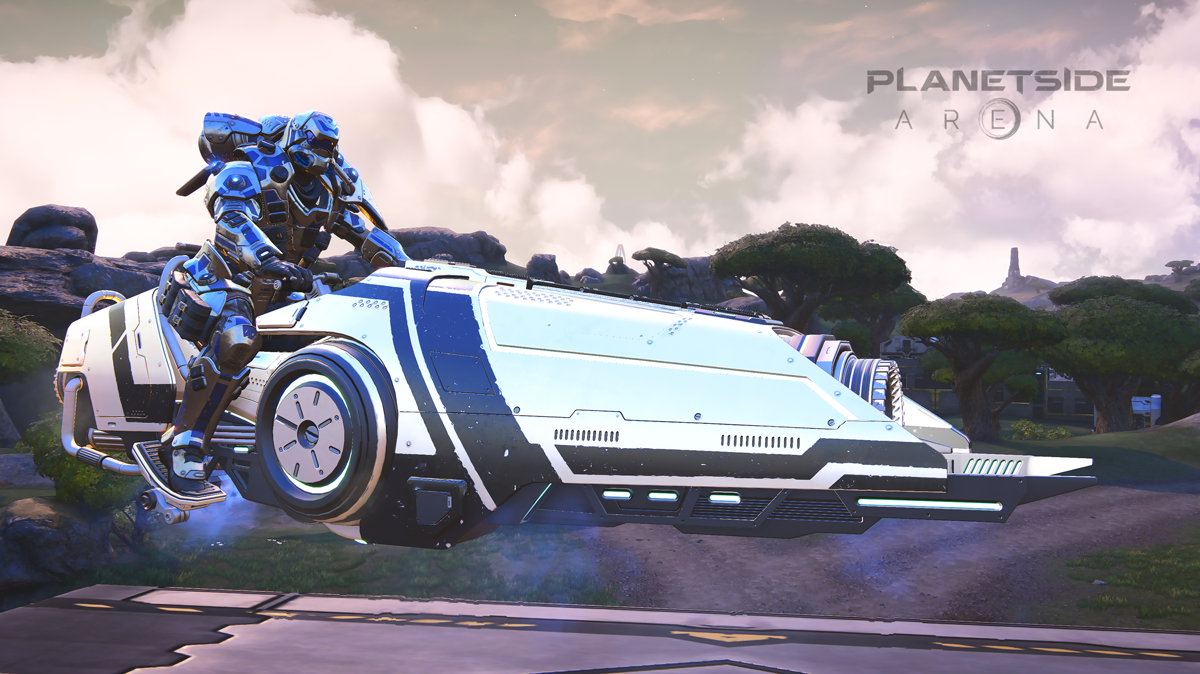 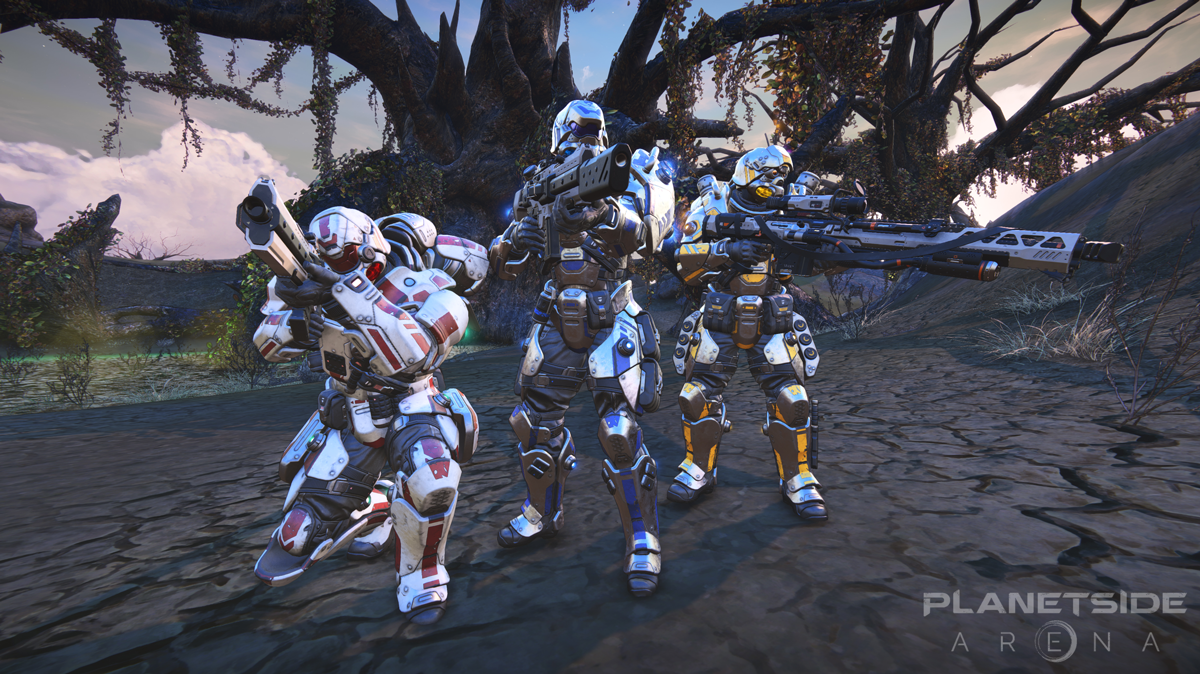 That's not all, want to play PlanetSide Arena with your friend? The Legendary Edition comes with an extra key for the Recruit Edition! Ready to roll into Auraxis looking your best and with a friend at your side!