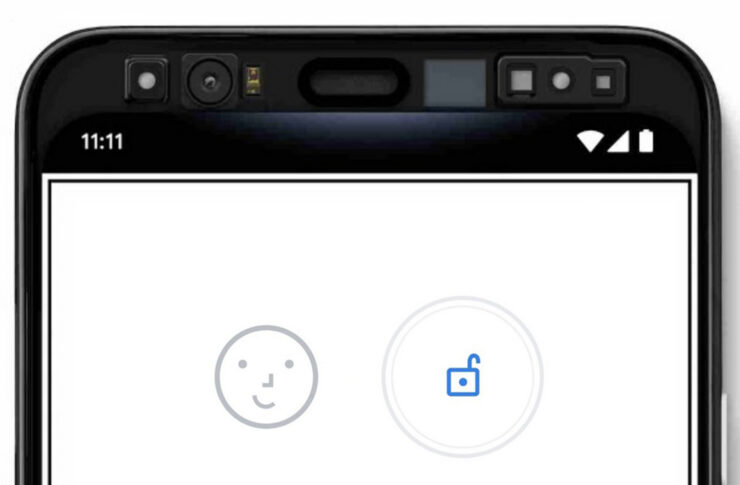 The Pixel 4’s Face Unlock feature would have been a worthy competitor to Apple’s Face ID, but it looks like Google forgot to mention one crucial detail. Apparently, it’s possible for you to unlock the device, even when your eyes are closed, and that’s definitely cause for concern for a lot of customers.

BBC reporter Chris Fox, who was testing out the Pixel 4’s facial recognition capabilities, shows via his Twitter handle how easy it is for him to gain access to the device, even when his eyes are closed. According to BBC, the test was repeated multiple times on different people while in default mode, and this apparently got the same results. Do keep in mind that Google has a setting labeled in Pixel 4’s face unlock menu, stating that your eyes need to be open in order for the face authentication to start.

However, the sample devices given to BBC seemingly didn’t come with this setting, with Google telling the media outlet that the Pixel 4 would not feature it once it officially goes on sale starting October 24. From an individual’s security point-of-view, cyber-security expert Graham Cluley told BBC that it’s a huge risk.

The Pixel 4 facial recognition works even if you're asleep / dead. That seems problematic #madebygoogle #pixel4

“If someone can unlock your phone while you're asleep, it's a big security problem. Someone unauthorised - a child or partner? - could unlock the phone without your permission by putting it in front of your face while you're asleep. I wouldn't trust it to secure the private conversations and data on my phone.”

When we checked Google’s support page for some answers, we landed on a very important detail that potential Pixel 4 buyers should be aware of if they are concerned about their security.

“Your phone can also be unlocked by someone else if it’s held up to your face, even if your eyes are closed.”

This shows that Pixel 4’s Face Unlock feature is actually a step-back from Face ID, but Google has mentioned that it will continue to improve the device’s facial recognition capabilities over time. Exactly how the search giant plans on doing this is still a mystery. Just to remind you, the Pixel 4 doesn’t include a fingerprint sensor, so if you’re keen on disabling Face Unlock, it’s better to set up a PIN, number, or pattern lock for the time being, but even those can be bypassed.

Google has responded to the story: We’ve been working on an option for users to require their eyes to be open to unlock the phone, which will be delivered in a software update in the coming months. In the meantime, if any Pixel 4 users are concerned that someone may take their phone and try to unlock it while their eyes are closed, they can activate a security feature that requires a pin, pattern or password for the next unlock. Pixel 4 face unlock meets the security requirements as a strong biometric, and can be used for payments and app authentication, including banking apps. It is resilient against invalid unlock attempts via other means, like with masks.