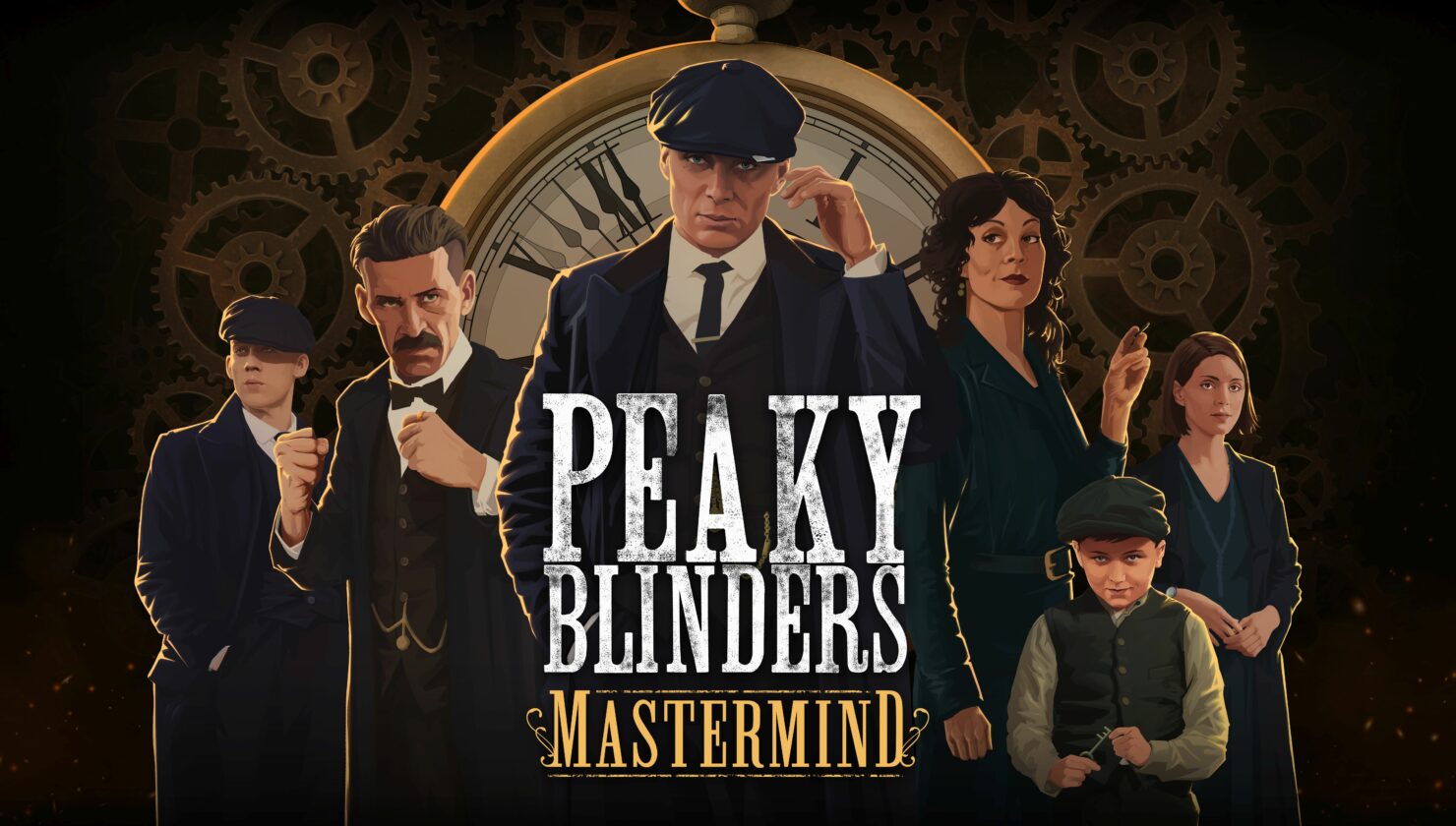 When I think of Peaky Blinders, I don't think of time travel. I don't mean time travel in the sense of going back to kill baby Churchill, to stop him sending Chester Campbell to target the blinders. Well, I suppose I do mean that. I just don't think about time travel in any sense of the word. I'll be damned, then, if Peaky Blinders: Mastermind doesn't only manage fit a time-travel mechanic into the game, but it also fits in with the setting and the whole license the game is based on.

Tactics. That's precisely what Peaky Blinders: Mastermind is all about. For this preview, I've been able to get hands-on with the first three missions of the game and I'm certainly finding aspects interesting. There are things I'm not completely sold on, things I think are lacking now and likely will be upon launch, but what are these things? 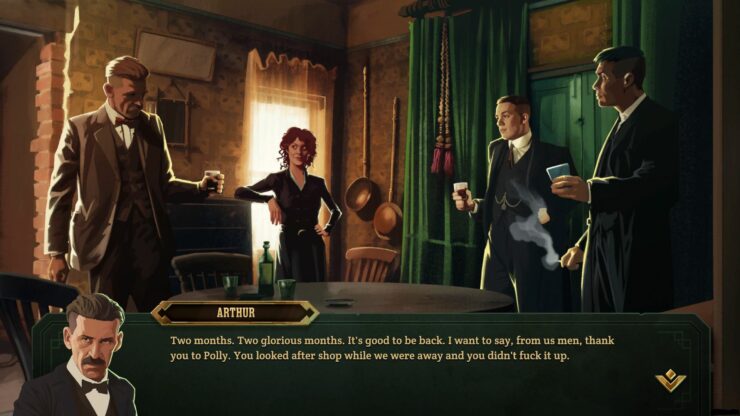 The story of Peaky Blinders: Mastermind takes place directly before the first season of the show, right as the blinders have got back from fighting in the war. You'll see and get to control a number of the characters you know and love, or not love, from the series, in roles that certainly befit how they act in the series. At least that's the impression I get from the first three missions, which is what this preview is all based on.

It all starts simple. The boys are back from the war and Tommy wants to host a party to show that they're back. We all know The Garrison has whisky, the blinders supply that, but this is an occasion that requires something a little fancier. Your very first mission is a simple one, go steal some champagne from the Gilroys, a group created just for the game. When it comes to the opposition you likely won't be facing off against anybody notable from the series. The setup at the end of the first three missions makes it look like you'll be facing off against the Chinese, a small group of people quite friendly to Tommy and the family by the time the show comes around.

Authenticity is something the game seems to be sticking to pretty well. The art style, while quite colourful, catches the look and feel of the characters. This is both in the cutscenes, which come across like lovingly created watercolour paintings, to the in-game art which is equally colourful with some great-looking textures, animations and more. The UI also borrows a similar style to that of the cutscenes. It all sets up an image that helps to draw you into the world, only enhanced by the audio.

You can't really get much more authentic than using the same group, The Feverist, that was featured in the first season of the show. From the soundtrack to the in-game audio, it all sounds good. The background bustle in Little Heath, and elsewhere, adds to the atmosphere. The only thing is that Peaky Blinders: Mastermind is sadly lacking voice acting. Not a major issue, you can read the text, but a bit of Brummie wouldn't have hurt! 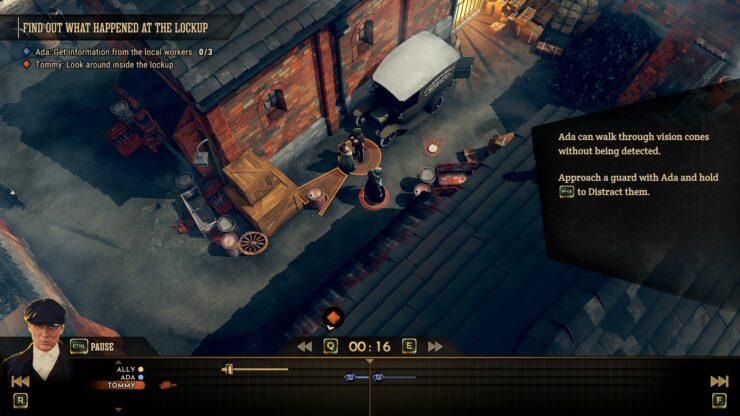 Well, I say time travel. The whole concept of the game is based around Tommy Shelby and his ability to make meticulously timed plans. The way this is represented is by each character having their own actions represented on a timeline at the bottom of the screen, a timeline which you can rewind to then flip to another character and synchronise the actions of Tommy, Ada and Finn and even some regular people that Tommy has talked into helping him out. Other characters like Arthur, Polly and John will appear and be usable later in the game

This seems to work great in function. You can sneak Finn through a hole in a fence, getting him to move over to a level which then opens a fence for Tommy and Ada to go through. Ada then talks to a guard, distracting him for Tommy and Finn to head through undetected. All of this, when you've actually set the actions up following a few rewinds and possible failures, acts simultaneously. A few games have tried this before in a strategy setting but this feels more like you're solving puzzles than anything else.

Indeed, I haven't actually committed any violent actions in the first three levels unless you count arson... Okay, I haven't physically assaulted anybody in the first three levels. There is going to be some physical violence later in the game, that much we know from the reveal trailer as it states one ability of Arthur and John is to brawl. How it will all work out when you're controlling even more of the family remains to be seen. 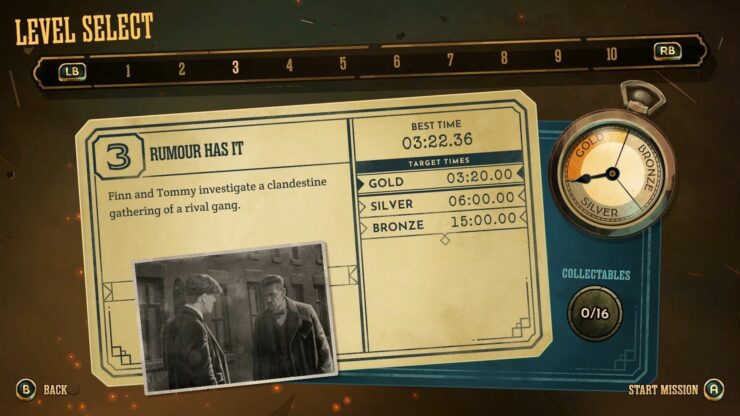 Having seen how controlling three characters and one random person Tommy talked into helping out works, I'm pretty interested to test the later missions. I can imagine the puzzle-like gameplay will become even more interesting if you're potentially controlling six or more characters, trying to time their moves perfectly.

So that's what I'll look forward to. Not only will it be testing my mental abilities, setting up insanely complicated and well-timed plans like the great Tommy Shelby, but I'll also be encountering a brand new story in the world of Peaky Blinders, one that should fit in perfectly thanks to the fact that series creator Stephen Knight is working in conjunction with developers FuturLabs.

Peaky Blinders: Mastermind is scheduled to release sometime in the summer, this year, for the PC, PlayStation 4, Xbox One and Nintendo Switch. No price has been set, though there's time with summer lasting for another two months.

Peaky Blinders: Mastermind Launches On PC and Consoles This Summer