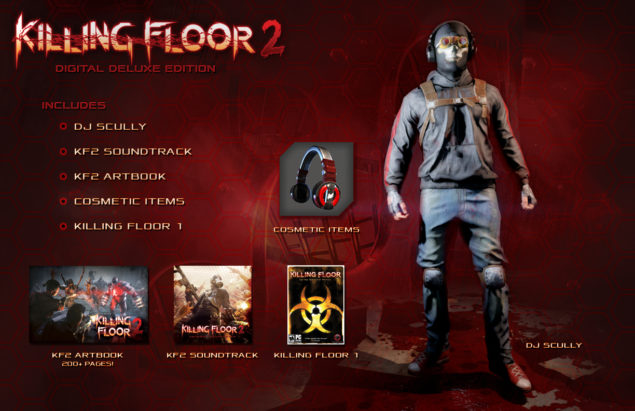 KILLING FLOOR 2 Digital Deluxe Edition adds the following to the base game:

Tripwire Interactive has also unveiled the recommended PC requirements for the KILLING FLOOR 2 so gamers can be ready for the Early Access launch:

We will bring you any new information on Killing Floor 2, as soon as it becomes available. Be sure to check out our previous coverage for more information, here and here.