The concluding chapter in the most critically acclaimed open world action role-playing video game series has been out for grabs for a only little more than a week now, and there is all sorts of content regarding the game on the internet. Like other major releases, The Witcher 3: Wild Hunt is also affected by some issues that need to be patched, and fortunately, CD Projekt RED is patching the game rather quickly. The latest Patch 1.03 is expected to arrive on Xbox One tomorrow, with a 30fps frame-rate cap and a fix for the game save problem. 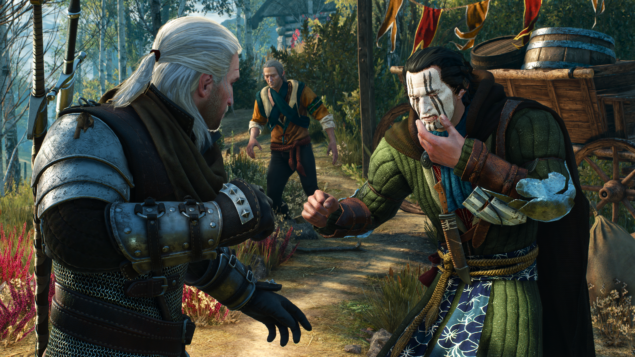 The Witcher 3: Wild Hunt Patch 1.03 for Xbox One Comes with 30fps Frame-rate Lock and a Fix for Game Save Problem - Expected to go Live Tomorrow

The Witcher 3: Wild Hunt is an epic game all around. Not perfect, yet still one of the best games available on eighth generation consoles that one can buy without giving it a second thought. While hardware is the only limiting factor for PC players, the game is restricted to certain standards on the consoles. One issue with the Xbox One version of the game so far has been the varying frame-rate, which changes depending on the in-game graphical situation. However, thanks to CD Projekt RED, players will soon have to worry about it no more, as the upcoming patch 1.03 will lock the frame-rate at 30fps.

The news first came via Twitter when a fan asked why the developer hadn’t already locked The Witcher 3: Wild Hunt’s frame-rate at 30fps on Xbox One. Community Lead and Website Coordinator for CD Projekt RED Marcin Momot replied saying: “The lock should be there in the upcoming patch.” Later, Momot also took it to CD Projekt RED’s official forums and stated that in addition to the 30fps frame-rate lock, the 1.03 patch will also remove the bug that causes loss of saved games on the Xbox One. He also mentioned that the patch is expected to go live by tomorrow.

The 1.03 patch on Xbox One will feature both, the FPS lock on 30 and will remove the save problem. We are hoping it will go live by Friday.”

The Witcher 3: Wild Hunt has already been patched on PC several times, with the latest patch providing a few graphical improvements. The patch 1.03 for Xbox One is currently going through Microsoft’s certification process. While the game is already enjoyable on all three platforms, it is certainly great to see how CD Projekt RED is working at its best to further improve the performance of the game.