While console players are still waiting for a new patch for The Witcher 3: Wild Hunt that will improve the overall performance of the game and remove bugs and glitches, CD Projekt RED has released another patch for the PC version today, following the major update that was released last week. The new patch is now available on GOG and Steam, and provides a number of technical adjustments as well as a few notable visual improvements to the most critically-acclaimed RPG of the current generation. 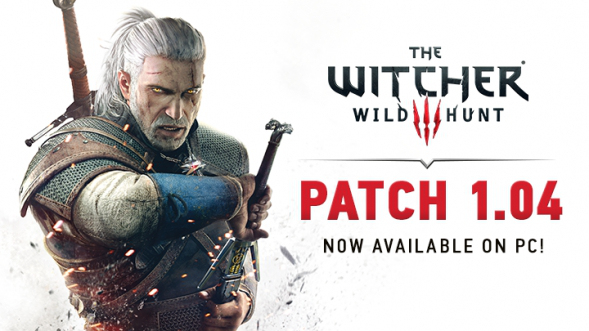 Improving overall performance and stability, Patch 1.04 boosts the texture rendering quality, improving visuals for those who are running the game on high or ultra settings. Additionally, it also makes further improvements to the performance of NVIDIA Hairworks, and displays 1280 x 720 resolution as a valid resolution option. The new patch also allows players to use rebinding after enabling it in Options\Key Bindings submenu. You can check out all the fixes and improvements that the Patch 1.04 comes with on PC in the patch notes below.

A new patch for the PlayStation 4 and Xbox One versions of the open-world RPG is also coming this week at the earliest, addressing the frame rate issues of the game and more.