Palworld, That Pokemon with Guns Game, Gets New Trailer During Future Games Show 2022 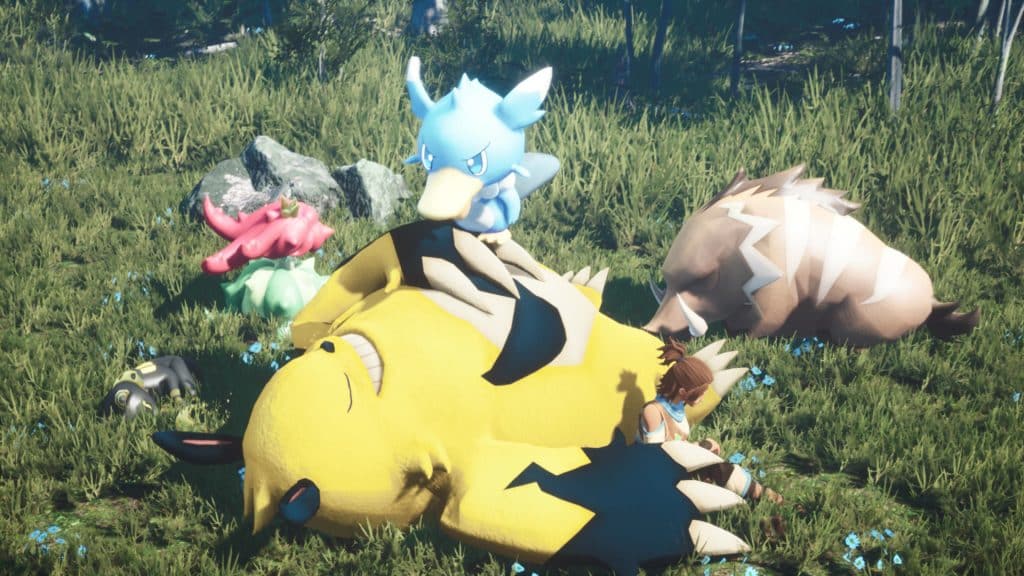 To call Pokemon a cultural phenomenon would be a massive understatement. It’s inspired lots of games that try to copy the success while also doing something different at the same time; Temtem is a great example of that. That said, we’re gonna talk about another such title trying to capture the success of Pokemon, and that’s Palworld.

Developed and published by Pocketpair, Palworld had a brand-new trailer to show during the Future Game Show Summer 2022 stream yesterday, and even still, the game is… unique. At least that's definitely one way of describing it. You can watch the trailer for yourself below.

Throughout the game’s lush and colorful environments lie hundreds of collectible creatures that you can use for battle, collecting resources, and as mounts to explore the world. There’s another thing that’s noticeable here, and it’s the presence of conventional firearms. Yeah, this is like Pokemon except with guns.

Players are in control of their character in a third-person shooter-like game, with its own unique visual style. In reality, it could probably be a tight-controlling well-polished experience, despite the rather comical mashup of tones, between the cute and cuddly Pals, and running around with an assault rifle.

Some of the game’s segments include a sort-of tower defense segment, free-roaming, and boss fights against larger enemies. Other features include building your home, expanding your space, fighting off poachers, and more. Multiplayer is also supported, meaning that you can invite friends to explore and battle with.

Currently, aside from a 2022 release window, there’s no concrete release date for Palworld, nor is there information on other console releases. However, the game can be wishlisted on Steam right now, and we’ll update when a release date is confirmed. Palworld’s release window is set for this year, and will be released exclusively on PC via Steam.