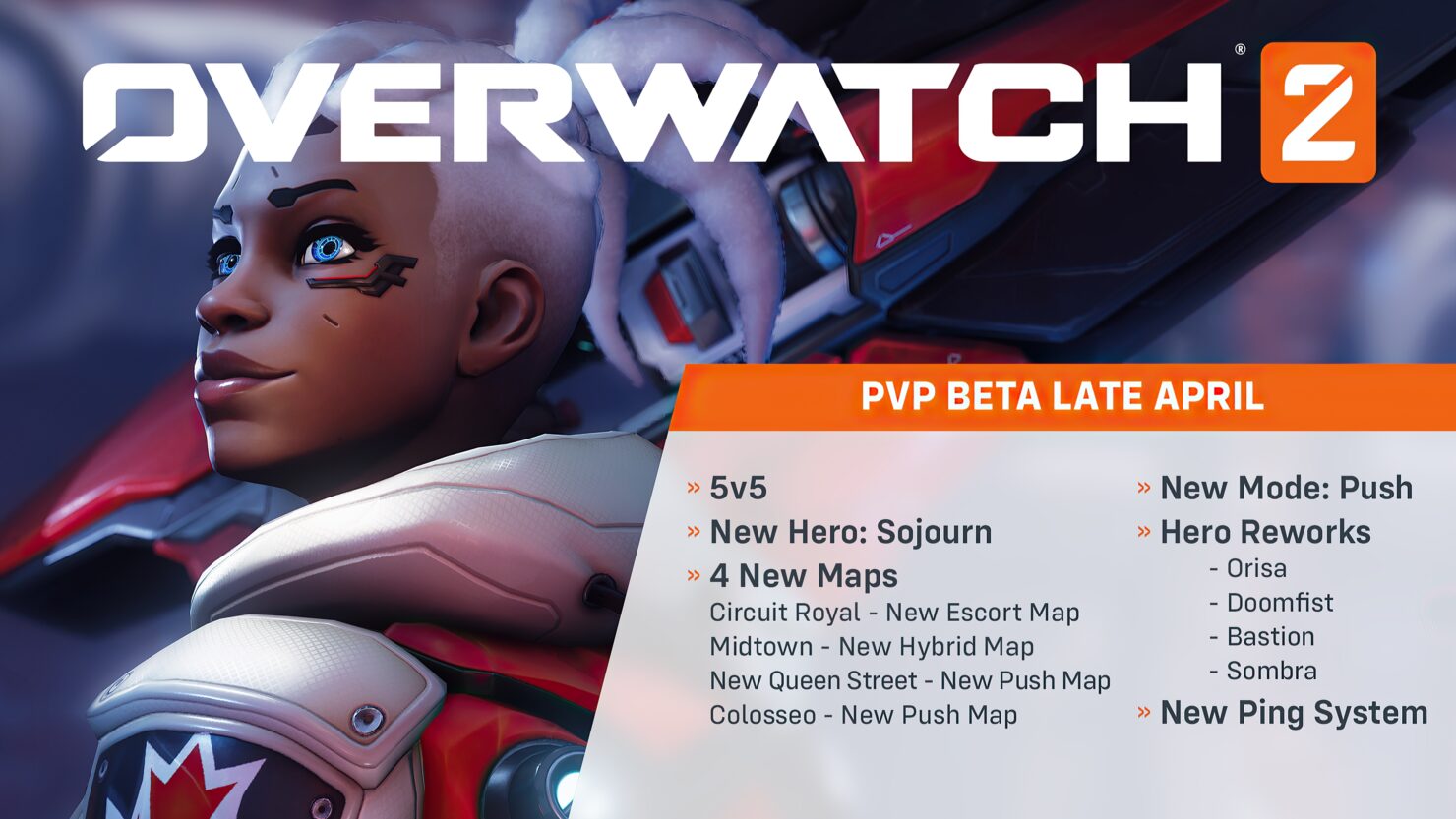 The Overwatch 2 Closed Beta is officially set to begin on April 26th, Blizzard Entertainment revealed on Friday. The developers have also confirmed additional details, such as the requirement to own the first game to be eligible for the first Closed Beta event; additionally, this Closed Beta will only be available on PC, though future tests will also include consoles.

To opt in for the Overwatch 2 Closed Beta, you just need to log in and click the button on this page. If you're selected, Blizzard will contact you via email.

We also got the preliminary system requirements for Overwatch 2. Unfortunately, they don't mention the target resolution, though 1080p seems a fair assumption.

The CPU requirements are the same, which isn't surprising as Overwatch 2 is supposed to have crossplay with the first entry. That said, both memory and graphics card requirements have gone up.

As mentioned earlier this month, the Overwatch 2 Closed Beta will focus squarely on PvP as Blizzard decided to decouple player-versus-player from player-versus-environment (PvE). New features include the 5v5 matches (down from the 6v6 of Overwatch); the four maps Circuit Royal, Midtown, New Queen Street, and Colosseo; the Push mode, where teams battle to take control of a robot that begins in a central location, then push it toward the enemy base to win; hero reworks for Doomfist, Orisa, Bastion, and Sombra; brand new hero Sojourn; and a new ping system.

The full Overwatch 2 game is expected to launch at some point in 2023 following a delay out of the current year.