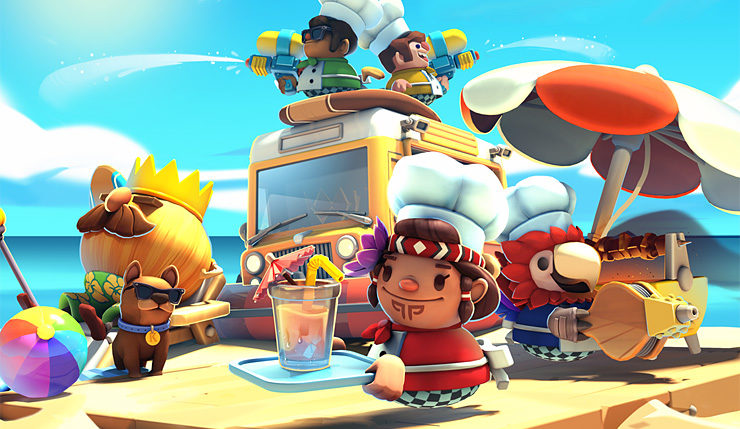 If you still haven't tried out Overcooked! just yet, this coming week is a great time to do it. Anyone with a Nintendo Switch Online account can jump into Overcooked! 2 for free for the next week starting today. That means you should have the perfect game to spend time with your Valentine's Day sweetie with if you need to find out who the most organized is between the two of you.

The free period to try Overcooked! 2 will run through February 16, and that should give you plenty of time to see if it's for you.

Be advised that it can get downright nasty if you don't know how to organize well. You'll need to work together as you assemble a variety of dishes, from hamburgers and fries to sushi and pizza.

You can play alone or with others via online and couch co-op, though you might devolve into arguments much sooner than you might think. This is a challenging game.

We reviewed Overcooked! 2, and awarded it an 8.5. Here's what we thought about it:

"Overcooked 2 mostly sticks to a winning recipe. The clarity and simplicity of the first game has been muddled a bit – some of the new recipes and kitchens are a touch too complex for their own good – but the addition of online play makes up for a lot. If you’re new to this series, I suggest you check out the near-perfect original Overcooked to start, but if you’re an existing fan hungry for more, Overcooked 2 is a tasty second helping."

You can pick up Overcooked! 2 on additional consoles beyond Switch: Xbox One, PlayStation 4, and PC.