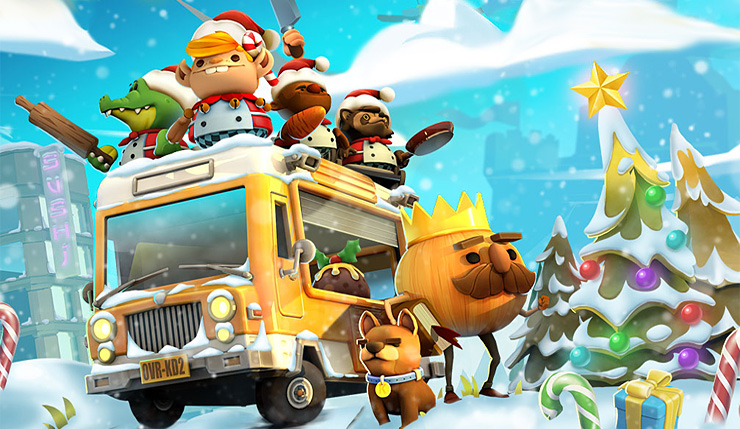 The season of overindulgence is almost upon us, and Overcooked 2 is celebrating with “Kevin’s Christmas Cracker,” a festive, and free, bundle of new content. The update includes three fresh recipes (Christmas pudding, mince pies, and hot chocolate), new kitchens, an endless Practice Mode, and more! You can check out a trailer for the very merry update, below.

If you haven’t sampled Overcooked 2 yet, well, you need to get on that. I found it to be a delicious sequel in my full review…

"Overcooked 2 mostly sticks to a winning recipe. The clarity and simplicity of the first game has been muddled a bit, but the addition of online play makes up for a lot. If you’re new to this series, I suggest you check out the near-perfect original Overcooked to start, but if you’re an existing fan hungry for more, Overcooked 2 is a tasty second helping."

Overcooked 2 is available on PC, Xbox One, PS4, and Nintendo Switch.