Windows 10 October 2018 Update (version 1809) is the messiest update released to Windows 10 since its launch in 2015. While the operating system has managed to receive a lot of criticism over the years for its updates breaking things, version 1809 was so bad that Microsoft had to officially pull it back just days after publicly releasing it. While this has in turn worked in users' favor since the company is now considering to offer the ability to pause updates for over a month, version 1809 itself remains as unpopular as it was during the first week of its release.

Latest stats from AdDuplex confirm that many Windows 10 users are waiting for the next Windows 10 version and completely skipping over October 2018 Update. The report reveals that just 26.4 percent of Windows 10 machines have been updated to version 1809 with version 1803 (April 2018 Update aka the fastest-adopted version) still controlling over 66 percent of the market share. 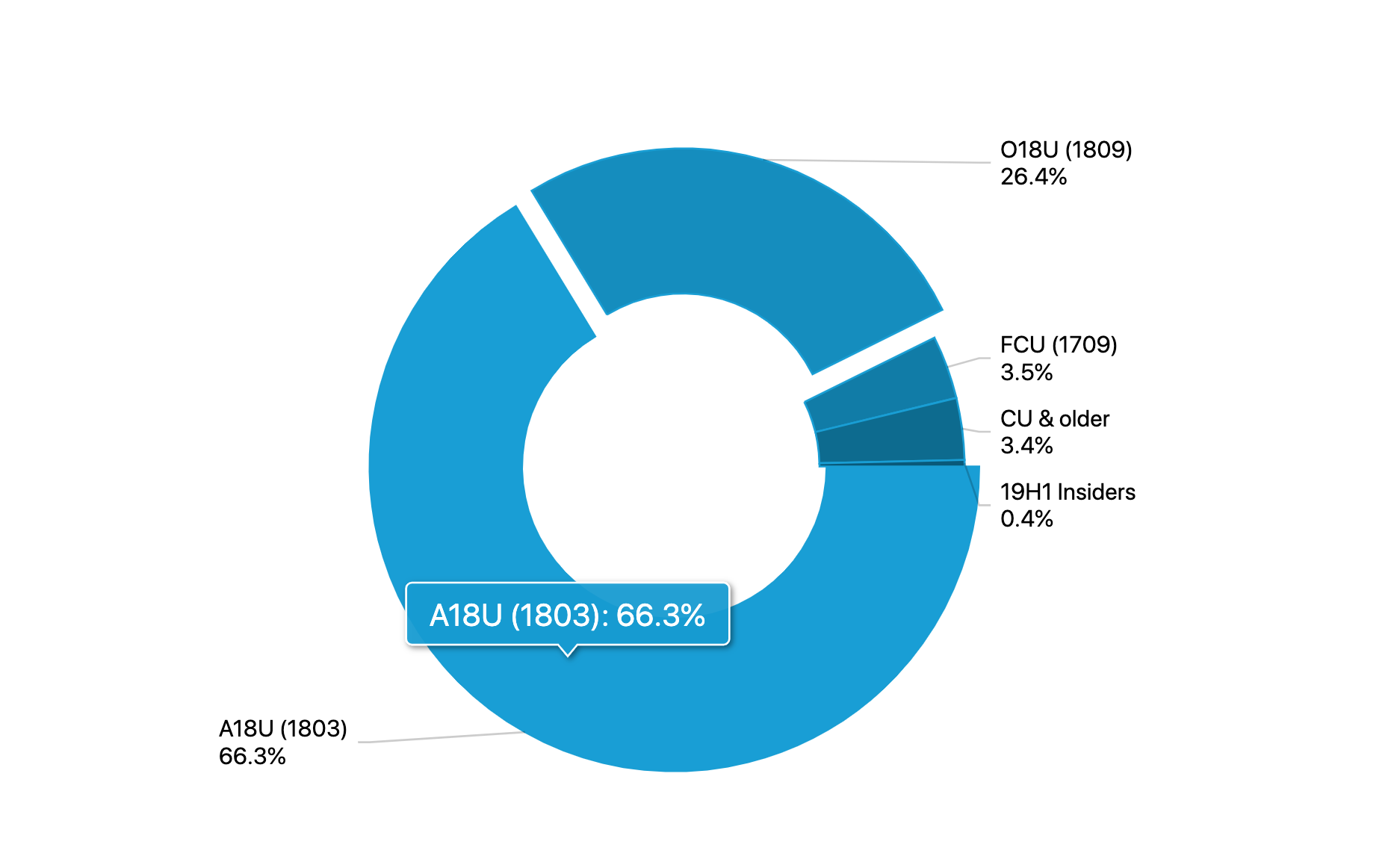 "Windows 10 October 2018 Update has added just a little over 5% to its market share this month, and it looks more and more likely that Microsoft seems to be giving up on it in favor of upgrading users straight to the next version," the report notes.

"After a couple of months of modest but steady growth, it looks like the growth of the current release is slowing down dramatically ahead of the next one. It doesn't seem likely that O18U will reach even half of Windows 10 PCs before April 2019 Update starts rolling out."

Microsoft recently announced that Windows 10 is now powering over 800 million active devices. While the company is looking to add more devices to this number ahead of Windows 7's expiry date, the latest Update did badly impact user confidence in Windows 10 updates. As a result of this, Microsoft has started to test some cumulative updates through its Release Preview ring Insiders and is depending on Insiders and AI to deliver updates that don't cause massive issues for some devices.