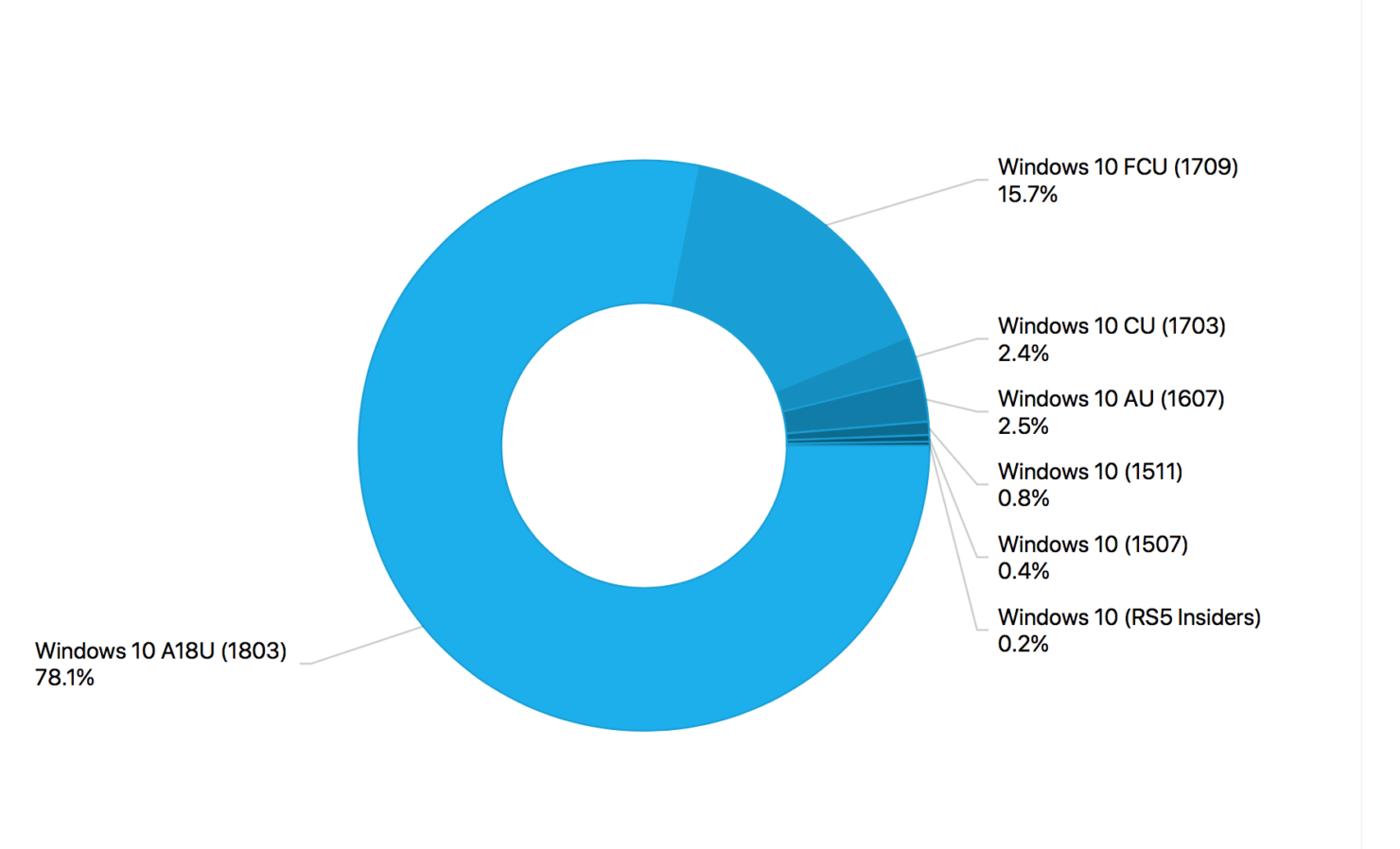 Microsoft's latest version of Windows 10 continues its unprecedented growth rate in the Windows history. Despite some early installation issues, unavailability on certain systems, and the company's decision to temporarily pull it for Intel and Toshiba SSDs due to bugs, the Windows 10 April 2018 Update has hit 78.1 percent adoption rate in just two months since its rollout began.

As reported last month, the April 2018 Update became the first Windows 10 version to reach the milestone of 50 percent growth in just a month. Two months in and version 1803 continues to grow faster than any other previous Windows 10 version.

Unlike the last couple of releases, the company didn't take a few months before opening the floodgates. Earlier in June, Microsoft confirmed that the April 2018 Update had reached full availability, which means it has since been available for every Windows 10 device.

Microsoft had said that the April 2018 Update is experiencing this previously unseen growth rate thanks to artificial intelligence that is enabling the Redmond software maker to quickly spot and then fix issues.

"Our AI approach has enabled us to quickly spot issues during deployment of a feature update, and as a result has also allowed us to go faster responsibly," the company had said.

"When our AI model, feedback or telemetry data indicate that there may be an issue, we quickly adjust and prevent affected devices from being offered the update until we thoroughly investigate. Once issues are resolved we proceed again with confidence. This allows us to throttle the update rollout to customers without them needing to take any action."

It is evident that this approach has been working for the company since the April 2018 Update is officially the fastest version of Windows 10 to reach 250 million devices, achieving that milestone in less than half the time it took the FCU.

If you haven't yet upgraded to the latest Windows version, here are the steps to download Windows 10 1803 ISOs and manually install it on your machine. Before this, don't forget to check if it's already available for your PC by going to Settings > Update & Security > Check for updates.