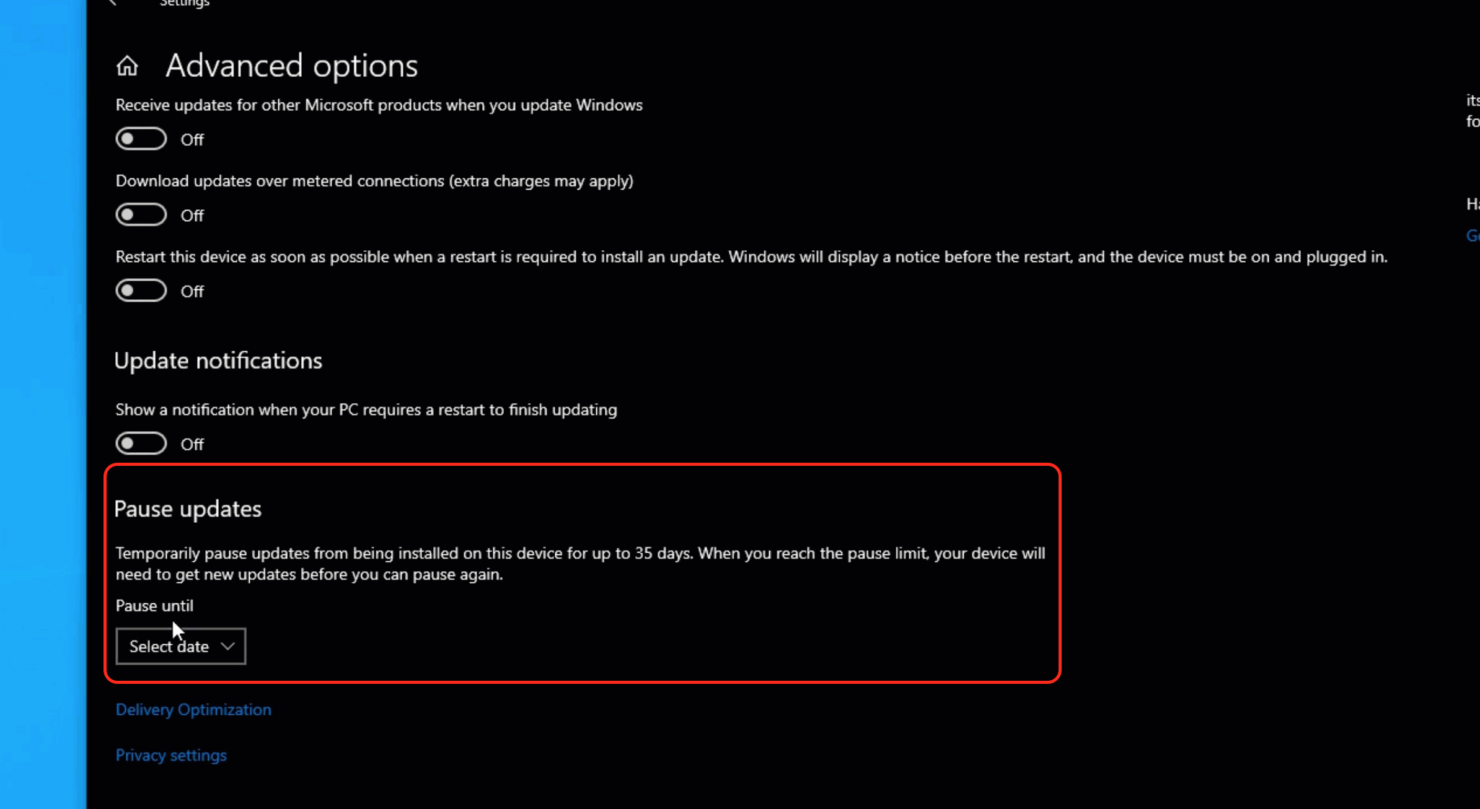 A lot has been said about Windows 10's update process since the operating system was released back in 2015, but nothing seems to be working for the end user as every now and then some update breaks something for at least some users. What bugs Windows 10 users the most, however, is having no ability to pause Windows 10 updates. Admittedly, some are crucial updates being delivered to address zero-day bugs, but that doesn't mean users have to deal with buggy updates and have no control over the process.

Back in January, some Insiders spotted a change in settings where users could delay installing Windows 10 updates for up to 7 days. It now appears that Microsoft may be planning to introduce this much-awaited and much-needed feature and extend this delaying ability for up to 35 days.

"Today Microsoft has released the first 19H1 build without watermark or expiration date and, by doing a clean installation of this build, you are not enrolled in the insider program automatically and, as expected, the option that previously only allowed to pause the updates for 7 days, has changed to 35 days," a post by an Insider on Reddit reads.

As can be seen below, there is definitely an option to pause updates for 35 days being offered to Windows 10 Home users.

Of course, this is an Insider Preview build and not all features make it to the public version, but looking at the disaster that was Windows 10 October 2018 Update and the cumulative updates released afterwards, it is very likely that Microsoft will deliver this feature to appease consumers who have been dealing with problematic updates for over 3 years now.

In another attempt to address broken updates, Microsoft has also announced to automatically uninstall Windows 10 updates that result in startup failure. While that may help users avoid some broken updates, many would still like to have the ability to pause updates for over a month.