Outriders Guide – The Best Trickster Build For Your Would-Be-Loki 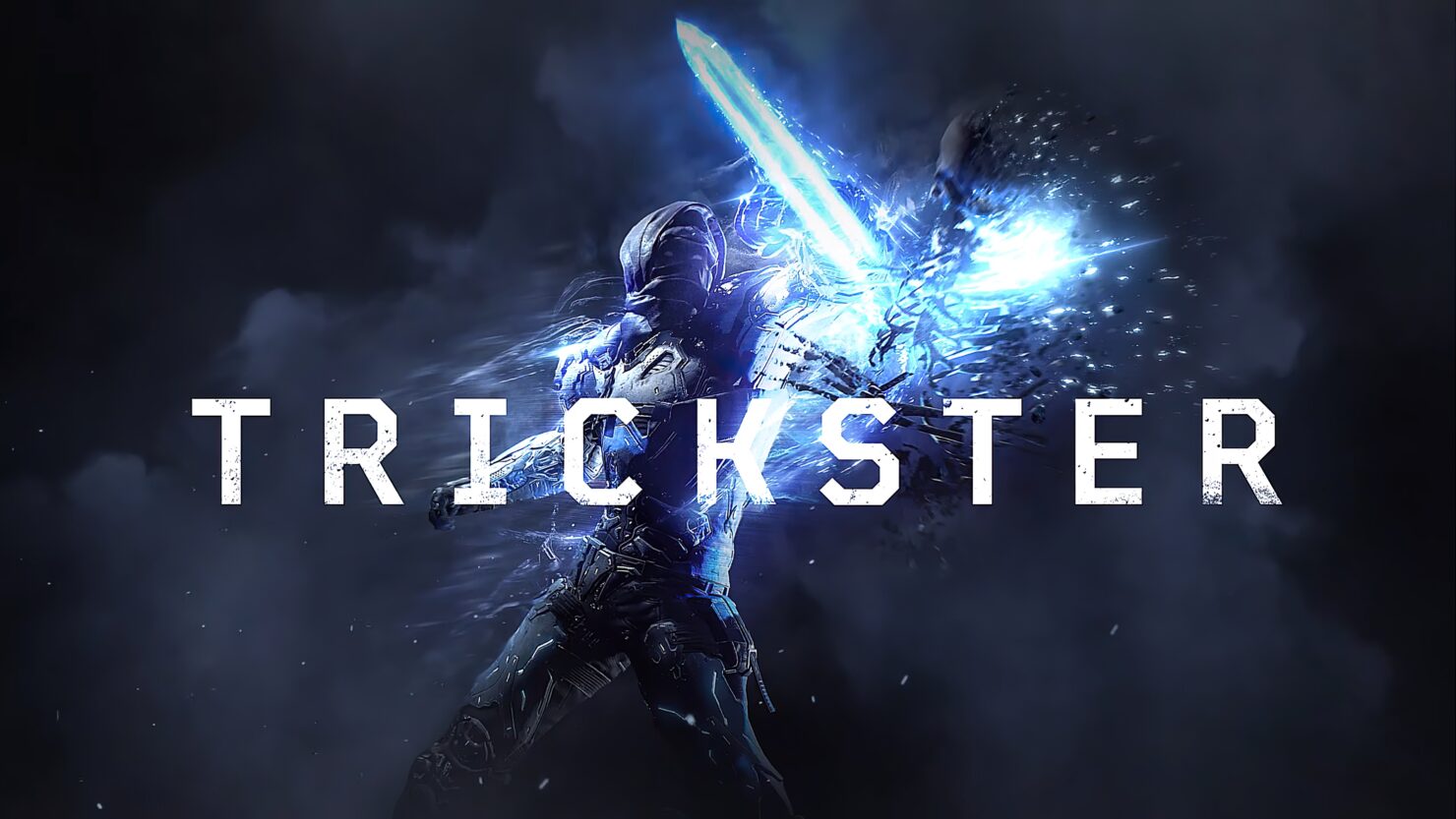 Near the beginning of Outriders, you get impaled by some flying debris, thrown by a physics-defying storm on an alien planet that in turn grants you superpowers, which might be the most badass origin story ever. After your surprise meeting with the business end of a laundry pole, you can decide which class you want to take, which affects your skills, mods, and playstyle.

This can’t be changed once you’ve selected it, but luckily each class is remarkably well balanced and there is fun and mayhem to be caused no matter what you pick. Having said that, Outriders doesn’t follow the typical class design that other squad shooters look to, so it can be a little difficult to find the right balance on whichever class you pick.

But this is why we’re here! This guide will run down the basic purpose of the Trickster class, as well as some powerful builds to keep you alive as the World Tiers start to mount up.

How To Play Trickster

The Trickster is the assassin and disruptor class in Outriders. If you picked it because you’re a fan of Tracer in Overwatch, you already know what that means. Whether you’re with a team or by yourself, the Trickster is strongest when hunting vulnerable enemies away from the main pack.

As a Trickster, you should always be moving and have two potential movement abilities equipped with enough range to keep the enemies on their toes. You’ll want to focus on close-range damage as well, with submachine guns, shotguns, and possibly an assault rifle to take full advantage of the healing.

A Trickster is weakest when they are caught out in the middle of the battlefield. You should stick you the outer fringes of the fight and only jump into the middle when you have an acceptable route, a teammate to cover you, or you’ve taken out everyone else already.

Because the Trickster's skills affect a large area or multiple enemies, this class isn’t best at an Elite assassin, but you can still battle against the toughest foes with a hit-and-run approach. 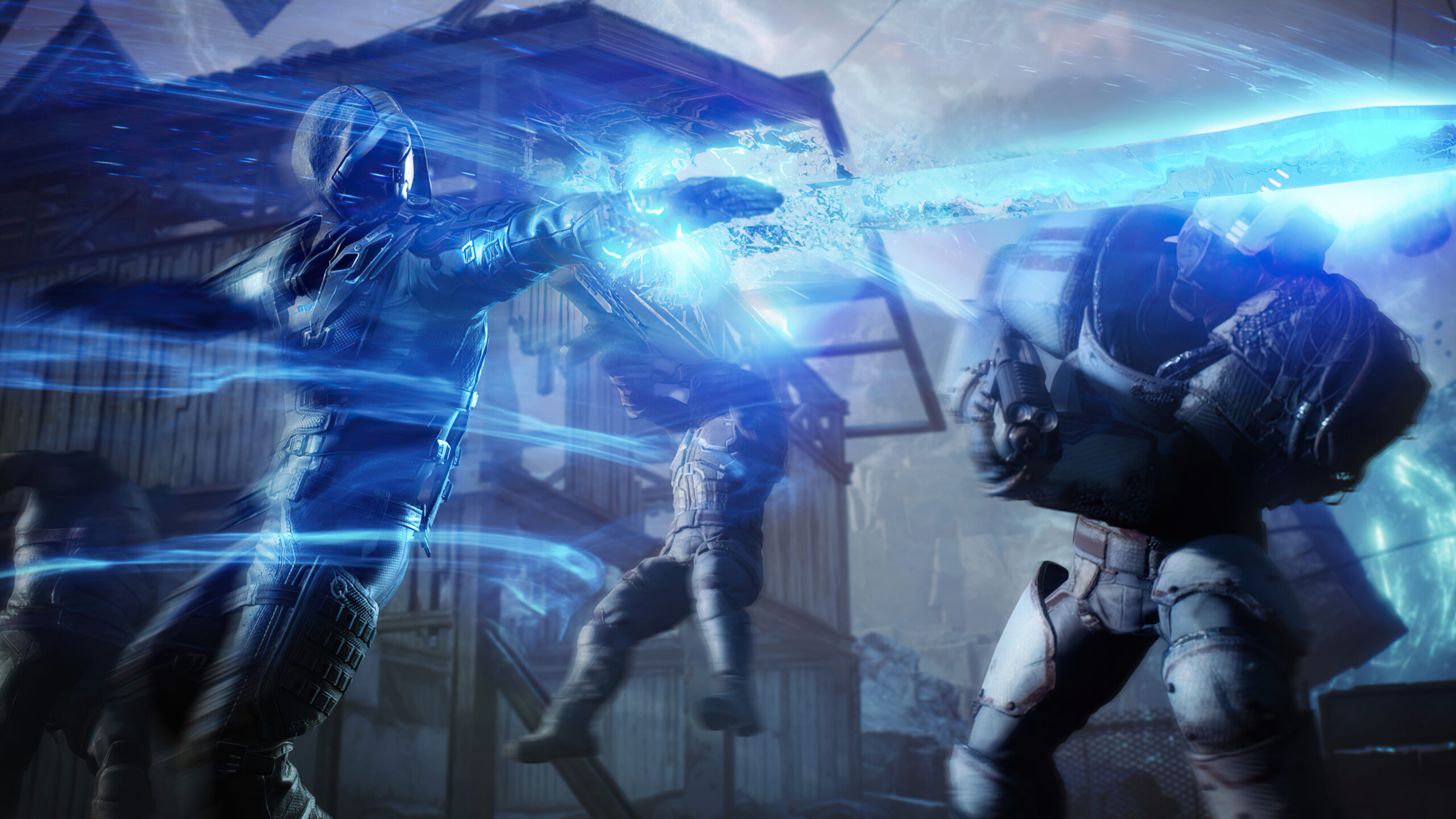 The arsenal of Trickster powers is quite varied and well balanced. With only three skill slots and eight skills to choose from it can be tricky to decide how best to build your character, but in the end, it really depends on your gameplay style and the enemies you’re encountering. For an effective disruptor and assassin build, though, we recommend you use the following abilities:

Hunt The Prey: (movement) Select an enemy and teleport behind them and receive a shield bonus.

Temporal Blade: (damage) Paralyze and slice enemies in front of you, dealing damage and inflicting Slow and Interrupt to all targets.

Venator’s Knife: (deception) Throw a temporal knife at an enemy. The blade will ricochet between a maximum of 5 enemies within a small radius, dealing damage and marking them. All marked targets will be inflicted with Slow, and for ten seconds, the first damage dealt by you will be doubled.

The other movement ability: Borrowed Time, lets you select an area you can teleport back to later. This can be useful but generally encourages more cautious and defensive play than Hunt the Prey and less effective.

Temporal Blade does more than damage enemies in a wide arc in front of you. It also slows and interrupts them for several seconds first. There are so many potential tactics that can be exploited with this ability that none of the other damage skills offer. For one, you can run away if the enemies are likely to survive or there are simply too many of them. Or you could use the few seconds of calm to unload a round or two with your weapons, making sure to deal the most damage possible.

Cyclone Slice can output more damage and offers a full circle arc around you, though it doesn’t have the same versatility as Temporal Blade, particularly with getting out of damage afterward. Twisted Rounds are extremely powerful but don’t have much else going for them.

Your deception abilities are your get-out-of-jail-free moves. These are what you need to activate when everything is going wrong or when you make the big play to take on larger groups or tougher enemies. Venator’s Knife might not be as big as some of the other ones, but if you’re quick, it can be the most effective tool in the Trickster’s arsenal. Inflicting slow on all enemies hit means you can use it in a clutch moment to reduce the enemies' damage output for a moment or as the opening salvo in your assault. And with the inflicted foe taking double damage, its power cannot be overstated when coupled with a strong shotgun or friendly sniper rifle.

Slow Trap creates a bubble that can be used to imprison and target or make an escape, but its slow cooldown, lack of extra damage, and misleading sense of invulnerability make it less effective than the Knife.

The Trickster Tools of the Trade

With two weapons slots to fill, your instinct might be to take a short and medium-ranged weapon into the fight so you can back off when necessary. That, however, comes from other shooters that provide health by taking cover. As a Trickster, you don’t need the option of fighting at medium range, and instead, you’ll want to try and have a short range and an extremely short-range pair of guns with you.

The SMG can be perfect for sweeping through large swarms of enemies, and with their normally quick reload you can stay in the fight as long as possible. Preferably you’ll want one with the Life Steal ability and is the Standard Variant so fires at full-auto. This gives you a good healing option even between kills and can stop you from being immediately overwhelmed when you move into a group.

For the SMG mods, you’ll want something that either damages or debuffs the target like Stiffening, Vulnerability Bullets, or Death Chains. The latter is probably the best because it can be stacked with your other Outrider abilities and continues to inflict damage even after you stop shooting.

Your extremely close-range weapon should undoubtedly be a shotgun. As you begin to level up your Outrider, you’ll find you can specifically unlock abilities that deal more damage with the shotgun and close-range weaponry. These heavy-hitting weapons can completely clear a battlefield in the hands of a Trickster. That said, you don’t want an automatic shotgun as their damage output is severely lessened by their instability which can be even harder to control as you teleport yourself across the map.

For Shotgun mods, definitely pick something that does area of effect (AoE) damage like the Bone Shrapnel, so your shotgun becomes even more effective at clearing the field in front of you (and in turn heals you more). If you’re using a shotgun that only has three shells before you have to reload, the Clip Roller mod that lets you reload by rolling can be a lifesaver and probably won’t require you to change your playstyle either. If reloading is less of an option, look for something that inflicts even more damage or effects of enemies not being shot, such as the Fireworks or Crematorium.

For your armor, the Trickster should focus on firepower and anomaly power over health and armor. Look for pieces that offer more damage output and reliable on your dodging, shield generation, and movement abilities to keep you out of danger. For armor mods, you might want some that reduce cooldowns, such as Dance of Death and Cut Loose or Slasher. It can also be invaluable to have something that improves your Venator’s Knife too, such as the Eager Edges or something that increases the amount affected or the time they are vulnerable, respectively.

After that, you’ll want mods that improve your damage or help keep you alive. Personal Space improves close-range damage is great for your assassin build. Plate Dodge and Reload Shield are great for keeping you alive in tricky situations, but something like Phantom Dash can be handy for keeping your movement up when your getting surrounded.

Not Impressed and Captain Hunter are both really effective at tackling elites which can be a little tricky for a squishy assassin, so if you’re struggling with an encounter or have a few mod slots left, look to fill them up with these.

As you begin leveling your Trickster up, you’ll find there are three routes to invest points into: Assassin, Harbinger, or Reaver. Each one works with a different Trickster Playstyle, but generally you’ll want to invest in the Assassin build to be the most effective.

The Assassin Path mainly increases your damage and reduces your cooldown, which is everything you need as you zip across the battlefield. Look to unlock the Equilibrium traits as soon as possible, further reducing your movement cooldowns and letting you stay mobile for as long as possible.

After that, simply press towards the last trait Cold Calculation in whichever order you wish. These final traits give you a bonus to damage for every enemy nearby and mean that normally overwhelming situations become your preferred condition. Look to pick up Transfusion and Oddity Summation along the way to put out more damage and pick up more health if you need it, but it might not be necessary for you with such constant movement.