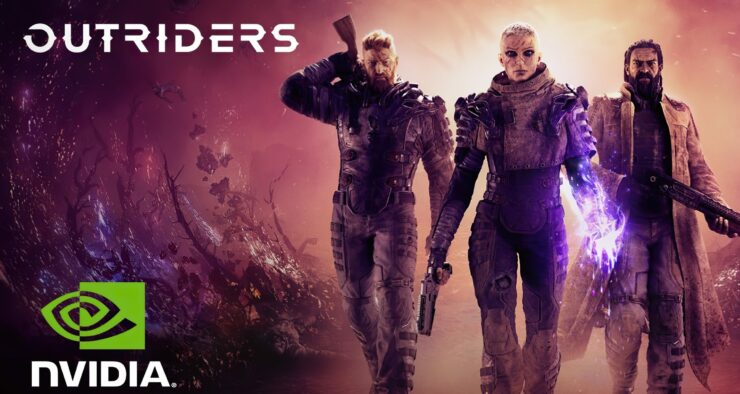 So, the relocation of humanity has gone off to a great start: with a planetary anomaly creating monsters, disasters, and god-like beings on the planet of Enoch, you’re in for a bumpy ride against the fresh ruins of a new and already destroyed world.

As one of the last surrounding Outriders - and an Altered to boot – your job is to venture into the deadliest parts of the valley with your coolest gun and superpowers and try and take control over the ever unraveling land. But you’ve been asleep for the last thirty years as well, so you might be a bit rusty.

For all the Outriders a bit disorientated, this guide will walk you through everything you need to do to survive and potentially thrive on Enoch.

Outriders might be a looter-shooter game, but really the words should be reversed. As you’re advancing through the battlefield like a raging fire, you’ll see several enemies dropping tempting loot across the bloody floor. And it's not even difficult to swap out your gear on the fly either, so you might think that the epic loot flying from a dying brute is worth examining in the middle of the fight, but it is not.

While Outriders will present some stats for you when you glance at a piece of gear on the floor, it will not tell you everything you need to know. Most importantly are the mods which come included with any item blue or rarer, which the game will not show you unless you pick them up and look through your inventory screen.

These mods can drastically change your game style and alter how you’ll want to use your skills and engage with the enemies, so equipping an item blind can be terrible for the situation, even if it does offer better armor.

When you see some loot scattered across the floor, either grab it without equipping it or leave it for after the battle. Once the enemies are clear, feel free to search the fight's remnants to find everything and take your time investigating and researching the equipment you find.

There’s also a very good chance the battlefield will contain the hidden chests, resources, and collectibles that make it doubly worth exploring the land once you’ve removed the threats. 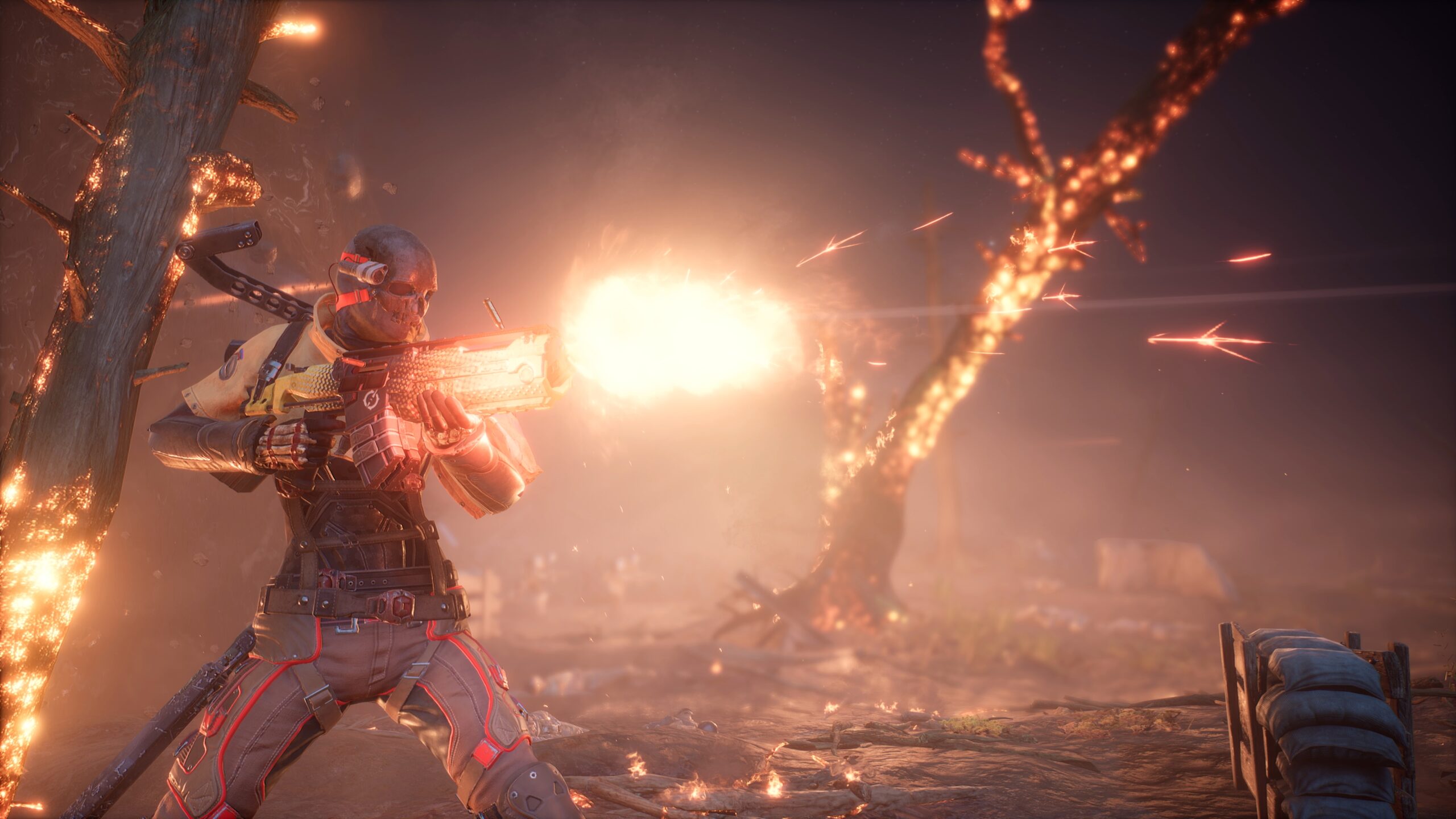 Don’t Stop, Never Give Up

When you first start playing Outriders, you might see the cover system and immediately think of all the other cover-based shooters you’ve played, falling into a similar routine of taking covering, chipping away at enemies when they peek their heads over while you move to flank them.

This is not how to play Outriders.

Despite the cover system, Outriders is meant to be fast and, more importantly, mobile. Each class available from when you escape the Exiles camp after the tutorial comes with a movement ability that can help you dash around the battle, engaging at enemies from whatever range you prefer. Your melee and other abilities will often expect you to be in the thick of the fight and constant moving. Keep your Outrider moving, using your movement skill whenever you start to feel closed in or find a reason to move. Dip into cover only when you need to reload or take a moment to reassess the battlefield.

More importantly, the way you heal in Outriders is unlike most other cover shooters on the market. When things get rough, you can’t hide behind a wall and wait for things to get better. Instead, you’ve got to get a kill in the way specifically pointed out in your class description. For instance, Tricksters gain health when they get a kill at close range, so a wounded Trickster will do better pulling out a shotgun and teleporting behind the enemy than running away from the fight.

Staying still also gives the enemies a chance to hunker down and overwhelm you, especially as your World Tier continues to grow. Speaking of which…

You’ve Got The Whole World In Your Hands

Outriders works on a World Tier system, with the entirety of Enoch getting stronger and more deadly as you do. The game will automatically shift you up a world tier every time you unlock one, and you should be keeping an eye on it for several reasons.

One, it makes the game more difficult, so when you see the World Tier improve you should hopefully be finding better gear to survive the increased challenge.

On top of that, each world tier comes with new conditions and changes to the game that you can see on the World Tier page in the menu. It's worth taking a glance at these when you get a new tier, as you can get a glimpse at what to expect during your next fight. This can be anything from enemy health to better gear drops, but it's important to keep on top of it.

Another reason you’ll want to check the World Tier page is that you get rewards every time you unlock a new tier. Open up these boxes and you might get some armor to help you survive the toughest enemies or a weapon to dispatch them more quickly.

Finally, with the World Tiers, it's worth remembering that advancing through them is not mandatory, and you can scale back whenever you need. Outriders is filled with some incredibly challenging difficulty spikes that can appear almost out of nowhere. While it might feel like you have to complete each fight on the toughest difficulty, sometimes it's more fun and simpler to reduce the World Tier for the encounter and then ramp it back up again once you’ve survived.

As you start accumulating more and more gear as you progress through the Outriders campaign, you’ll notice that a lot of the mods directly influence your skills. But when you have so many skills and can only equip three at a time, you might feel like a lot of the gear you want to wear isn’t that helpful.

Well, fear not, as you can re-mod and constantly improve your equipment as you push deeper into the anomalous zones.

Once you’ve saved the scientist held hostage in the First City part of the game, you will have access to the crafting system. This menu allows you to change up your equipment to make it better suit your skills and playstyle, so it's worth doing every once in a while to tweak your arsenal to better suit your needs.

And this doesn’t just include making sure the mods match your loadout. Several guns come in various variants that tend to change how they fire. Weapons with ‘tactical’ in the name fire in burst shots, for instance, which can be good for more accurate Pyromancers, but more costly for bouncy Tricksters. Luckily you can change this at the crafting menu for a small price.

Whenever you find a piece of equipment that is objectively better than the one you’re currently using, but its stats don’t quite match your own, take them to the nearest camp and spend a few of your resources to fix it up. 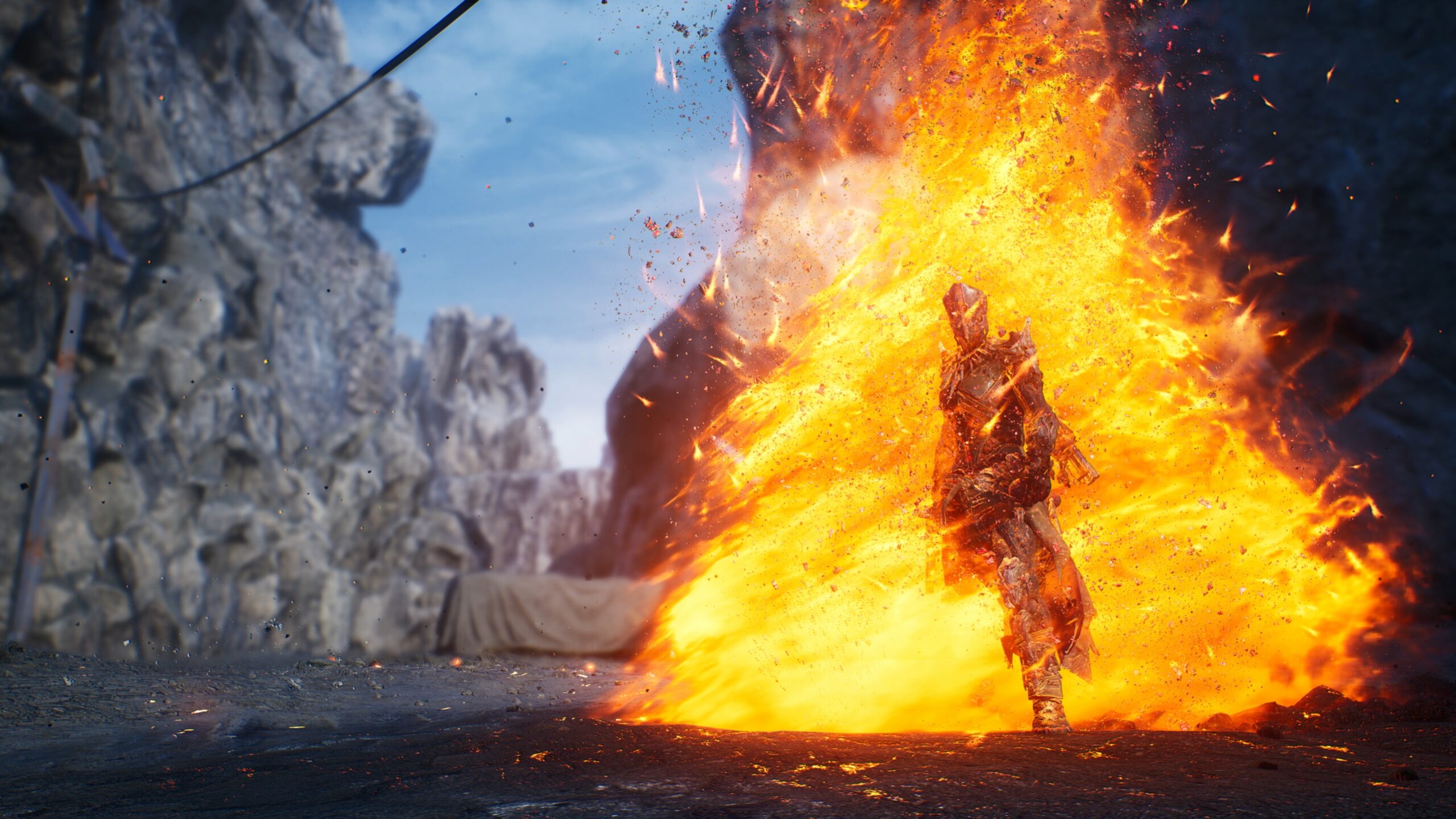 Those resources we mentioned have to come from somewhere, and in Outriders, they most likely come from dismantled equipment. This can be done before you pick it up if you immediately recognize the equipment as worse than your own, or it can be done in the menu. Generally speaking, weapons will be dismantled into iron, while armor will be broken down into leather, both of which are the primary resource for re-modding and upgrading the same gear class.

Dismantling gear also improves your abilities to re-mod future gear as well. Every time you dismantle a piece of equipment with a mod, you learn to craft that mod on the crafting menu. That means that if you find some better armor but it doesn’t have the mod you are currently using, you can dismantle the latter to add it to the former.

You’ll also be given the option to sell your forgotten assault rifles and helmets at the settlement merchants scattered across the game, but this deal is rarely worth the loss of resources. Instead of resources, you’ll be given scrap, the local currency that can be used to buy more gear from the merchants.

The best equipment you’ll get in the game is through defeating challenging enemies and completing quests on the highest world tier. Merchants will rarely be able to compete with the stuff you can find. And when you do find that god-tier weaponry, you might still want to upgrade, re-mod, or change it in some way which will also cost the resources.

As you start to find more equipment and cycle through your weapons and armor, it is much better to dismantle it all than save any for the merchant.