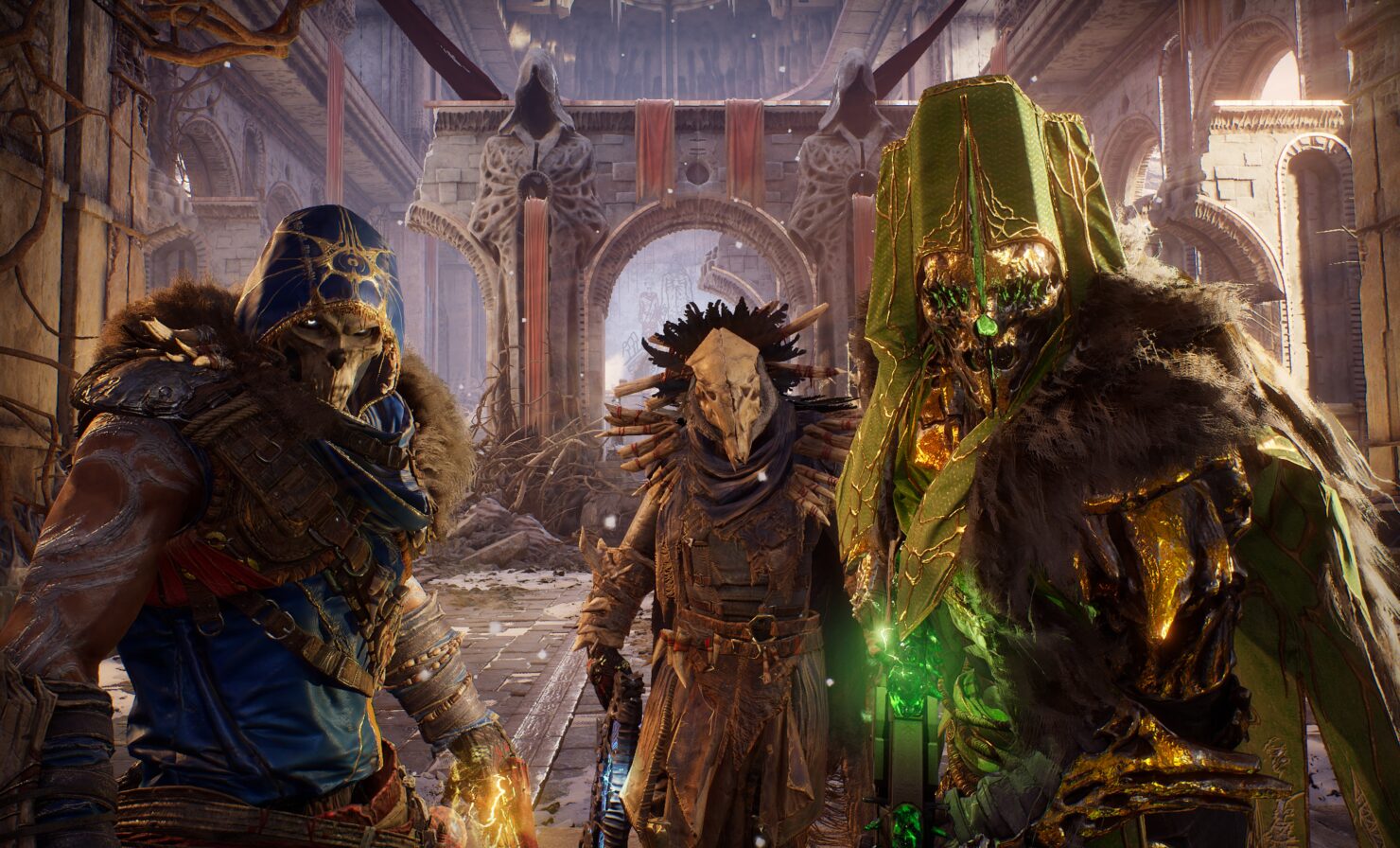 Today, Square Enix and People Can Fly shared a new broadcast dedicated to the endgame of Outriders: Worldslayer, the expansion set to launch on June 30th.

After players defeat Ereshkigal, the villain of the Outriders: Worldslayer story, the Trial of Tarya Gratar opens up. Deeply rooted in the legacy of planet Enoch's mysterious natives, it's a reportedly huge area that even features changing weather, daytime, enemy types, and boss mechanics. There will also be fresh enemies to Outriders, such as the assassin Shadowbeasts that can cloak themselves and pounce on players as well as silence them for a time.

Optional areas called Troves will focus on delivering specific loot pieces, such as helmets, chests, and so on.

Choose your path through the Trial, take on epic boss battles and unearth loot filled Troves. Discover new Legendary gear, including the new Apocalypse Gear that features a powerful third Mod slot. Created with a gauntlet run approach in mind, The Trial of Tarya Gratar resets and starts you back at the beginning if you complete or abandon a run, or simply die too many times. Each time you start back at the beginning, you’ll be even more powerful and better equipped to succeed the next time.

Grow your power as an Outrider by finding new Gear and Mods, improve your build and gain new Ascension levels to tackle the Trial of Tarya Gratar on higher Apocalypse Tiers for even greater rewards, in an action packed and immensely replayable endgame ecosystem.

We really wanted to create a new experience that could expand on all the things that our players enjoyed the most in the original OUTRIDERS with WORLDSLAYER. The compelling new story of WORLDSLAYER ties directly into the endgame and sets up your entry into the Trial of Tarya Gratar. The endgame is built to really tie together all the new and expanded features in WORLDSLAYER, and give our most dedicated players a satisfying experience with hundreds of hours of meaningful progression.

Check out the full Outriders: Worldslayer broadcast below.