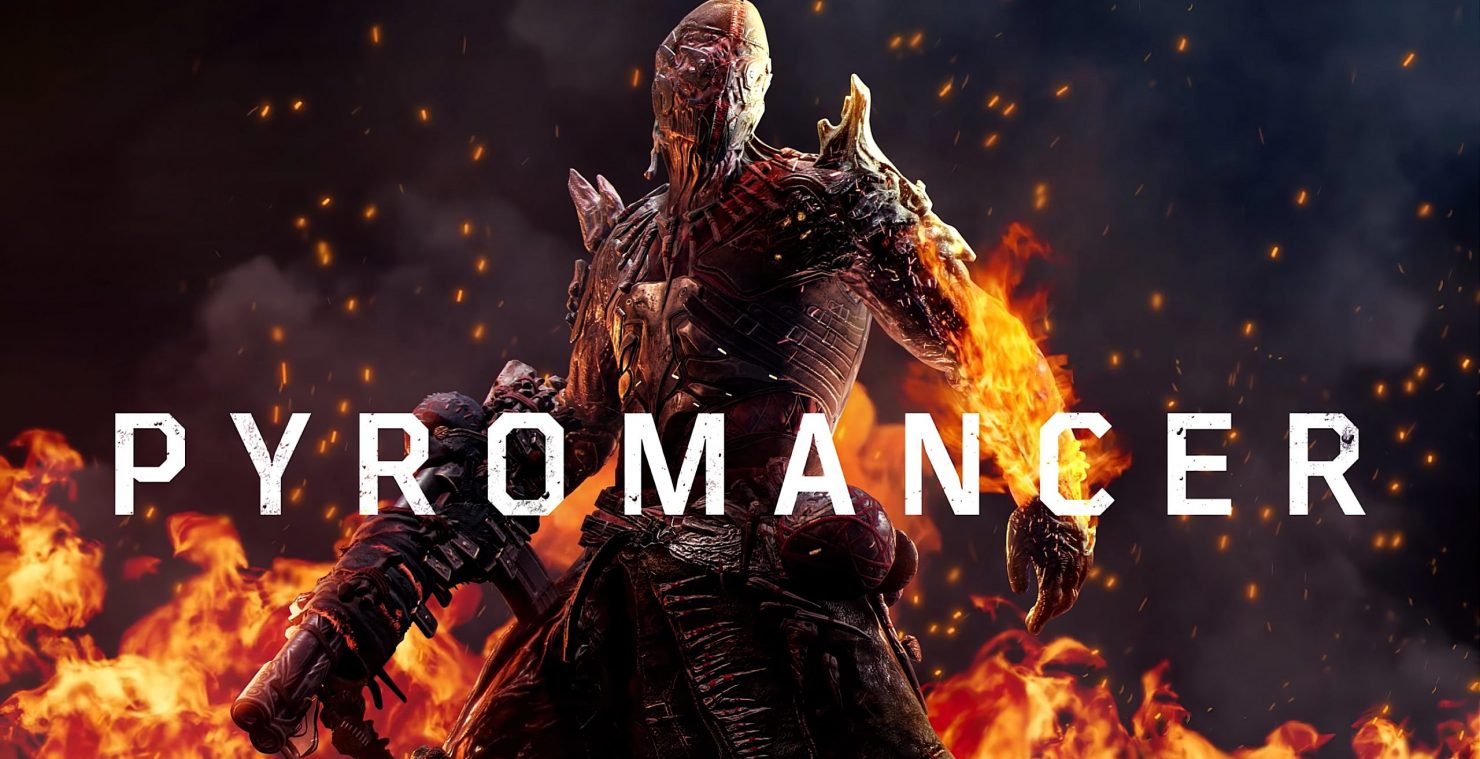 Even though the Pyromancer in Outriders plays more like Zuko than Iroh, the class is still perhaps one of the game's slower, more thoughtful playstyles. While the Trickster will appear everywhere across the battlefield, and the Devastator will be literally throwing themselves at bullets, the Pyro will pick targets, hang back, and deal out unyielding fire damage.

But getting the balance right between patience and violence can be hard to do, so this guide will break down everything you need to know about the Pyromancer class to help you set fire to Enoch.

How to Be a Pyromancer

Outriders doesn’t have the same class breakdowns you might expect from other shooters, but the Pyromancer does more or less comfortably fit into the DPS archetype. You’ll get healing for killing any enemies marked by your fire, so you can more or less choose your range. Still, because of your other skills and the way the classes operate, you’ll probably want to be middle range, staying out of the most dangerous area but wreathing them in fire all the same.

The Pyromancer should be the shot caller of the squad. Thanks to their abilities that often mark and weaken enemies, you’ll want to organize your friends to assault the elites or entrenched enemies as you start unleashing your powers.

The potential weakness of a Pyromancer comes from the same field, as you have to keep track of the battlefield so that other classes can more easily adapt to the shifting landscape. Make sure you’ve got an idea where the biggest enemies are and how close you are to the action. You’ll need to learn to line up your attacks to be more effective while always having an escape route in mind if the fight comes to you. 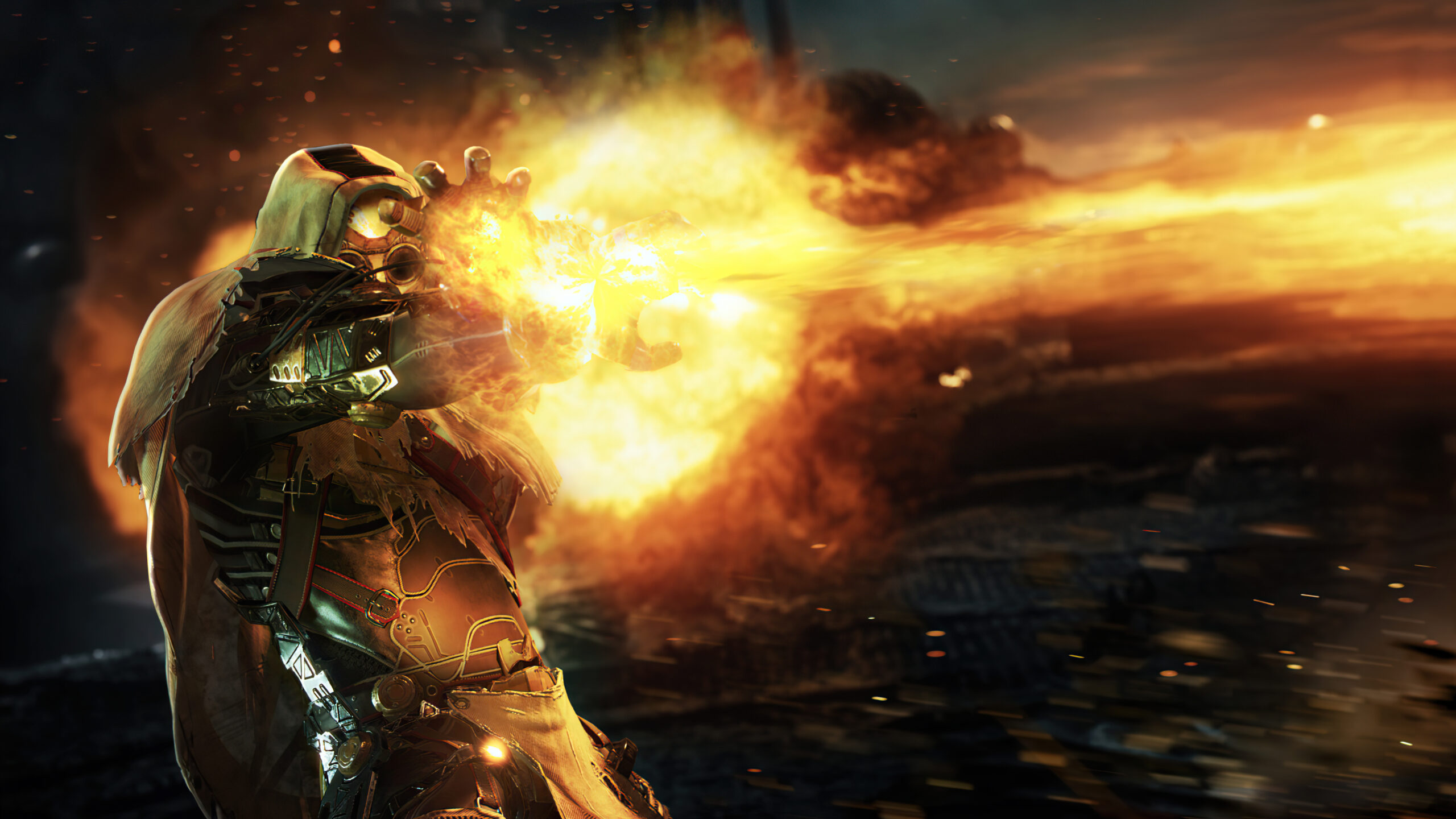 There’s plenty of skills to choose from as you start ranking up your Pyromancer, all of them dealing damage in one way or another. You should probably experiment with all of them since they can be more powerful and interesting than you might expect from the description. That said, these are the three skills we would recommend to have a balanced, powerful Pyromancer.

Thermal Bomb (explosive) Select an enemy to Burn, interrupt and deal damage to. If killed while still afflicted by the skill, the enemy will explode, dealing damage in a large radius.

Overheat (Explosive) Deals a little damage to all enemies in a large radius and interrupts their skills. Enemies afflicted with Burn receive additional damage, and the Burn will be consumed.

Eruption (Explosive) Create a volcanic eruption beneath the selected enemy, dealing damage to them, and all enemies within a small radius around the target.

The Thermal Bomb skill will be the last of the original skills you unlock, but once you’ve got it, it’s hard to give up. This skill scales wildly with coordination from teammates. With a little bit of practice, you can use it in very creative ways. The interruption means you can use it against elites and have everyone use the opportunity to wail on them. Or you could target a random mob near an elite and explode them for splash damage instead.

Overheat is a skill more suited to mop up enemies or when the situation gets a little desperate. It doesn’t do much damage on its own but can interrupt an enemy's attack building and allow you to escape to a safe distance. Used with enemies or skills that inflict burn, Overheat gets really deadly and can be used to clear out areas much more effectively.

Eruption is another ability used to call shoots and signal attacks. It's incredibly powerful, and with some additional firepower from your items, it can quickly wipe away the enemies it spawns under. This is a great opening salvo for a tough elite that can begin an assault from a Trickster or other teammate to ensure you don’t get all the attention.

The Pyromancer Tools of the Trade

Without movement or shielding abilities, you won’t want to be at the very front of the fight. But because your skills require you to be closer than a sniper scope, you’ll need to be more engaged than the Technomancer. A Pyromancer should try and sit at midrange from the enemies but be constantly prepared to move as the frontline shifts.

For this, we recommend using an assault rifle and rifle for optimum damage. Look out for a powerful revolver to take over if the enemies start swarming you, but you don’t need to give up one of the main weapon slots to deal with the worst-case scenario.

For the assault rifle (and the revolver), we highly recommend you get the Burning Bullets mod equipped as soon as possible. This can stack with your Overheat skill as well as feel thematically appropriate. Life Stock or Soul Devourer can really help keep your health topped up if your skills are on cooldown too, and you’ll want to make sure the assault rifle has life leech as well.

Your rifle will be used when you’re a little further back, so you hopefully won’t need to worry too much about the weapon's healing factor. Instead, look for extra damaging mods like the Bone Shrapnel or Crematorium. This includes area of effect damage so your one bullet can harm multiple enemies. Death Chains and Stiffening can be good alternatives as they might slow the enemy approaching your position or help facilitate your escape.

On the off chance that your party is experts in communication and strategy, you might want to look into having one weapon equipped with the Vulnerability Bullets mod. This can be used in conjunction with your skills to initiate an attack where everyone can deal even more damage and be extremely effective against bosses and elites, but you will need backup to use effectively.

For the Pyromancer’s armour, you’ll want to look at increasing your anomaly and firepower as a priority. Your job is not to absorb the bullets, so your actual armour and health will be of secondary importance.

There are so many possible mods to choose as a Pyromancer, so make sure you’re looking at what you're dismantling every once in a while so you can better reflect how you play. We recommend looking for Twice as Hot and Bullet Kindling as these work extremely well with your skillset.

Third Degree is a mod best suited to a team or player that uses the Overheat skill tactically more than desperately, while Wildfire burns more enemies with your Thermal Bomb skill. Any of the Eruption mods are fantastic, so look out for whichever works best with your preferred use of the skill.

With all the recommended skills coming from the Explosive tag, you’ll want to follow the tempest path if your building from our guide. This path focuses heavily on explosive damage output, which works well with the Pyromancer's high damage style.

With Fire and Rifle is an excellent early starting trait that helps you combine your skills and weapons into an unstoppable force. Inferno Bullets should be taken afterward to balance out your damage output between the two, especially if you are wearing anomaly heavy armour.

We wouldn’t recommend heading straight to the Phoenix Nesting unless you are struggling to stay alive in fights. As well as that, you shouldn’t waste your points on any node that increases your amour or resistance, and instead take the damage or power increases as you head as fast as possible towards Flames That Burn Twice and Grave Ablaze.