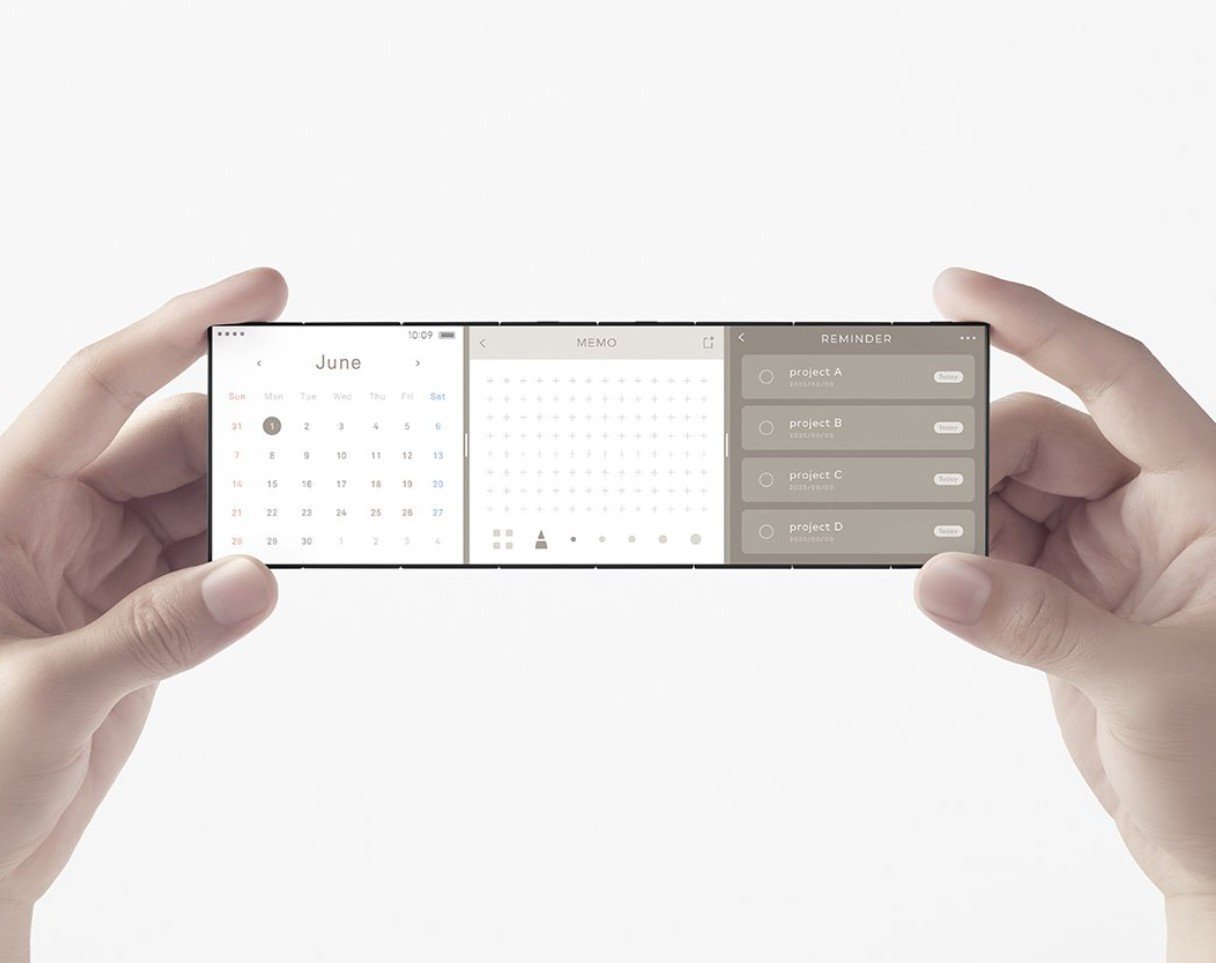 Smartphone makers are making bold leaps in making the foldable form factor a more mainstream one. While Samsung and Huawei have pooled in considerable resources to make this possible, others don’t appear to have the same ambitions. Fortunately, OPPO and its latest tri-fold smartphone concept will likely restore your faith when it comes to seeing unique handsets like this in the future, so here’s a first look at the company’s efforts.

OPPO has revealed that its latest tri-fold smartphone concept showcases a triple-hinge system, which is the first in the industry right now. When folded, the handset becomes quite compact, to the extent that it can easily be whipped in your pocket to be used later. When completely unfolded, the smartphone sports a 7-inch screen that’s considerably tall, giving more real estate to users and offering them more content to view.

The OPPO tri-fold concept exposes 40mm of the display when folded once, providing simple details like history, notifications, and other important details for the user, but considered simple and don’t interfere with the daily interaction habits on the rest of the screen. Next comes the 80mm portion of the smartphone, which can be used to take images. Lastly, you have the entire 7-inch screen to play around with once the device has been completely unfolded. It will also depend on the situation, such as viewing a long memo or two app windows opened for easier monitoring.

OPPO is rumored to launch its own version of a foldable smartphone in 2021. While this latest tri-fold display smartphone is just another concept, it opens up many opportunities for smartphone manufacturers. Likely, this concept's commercial units won’t appear in 2021, but phone giants like Samsung may invest more resources in making a device similar to this a reality.

In addition to foldable smartphones, rollable handsets may also become a possibility next year, so there’s lots to get excited for in 2021. As for the OPPO tri-fold concept, what other advantages do you think this model will provide if commercial units start getting produced? Tell us down in the comments.