Opinion: Here’s Why I Think the LG V60 ThinQ Is Dead on Arrival 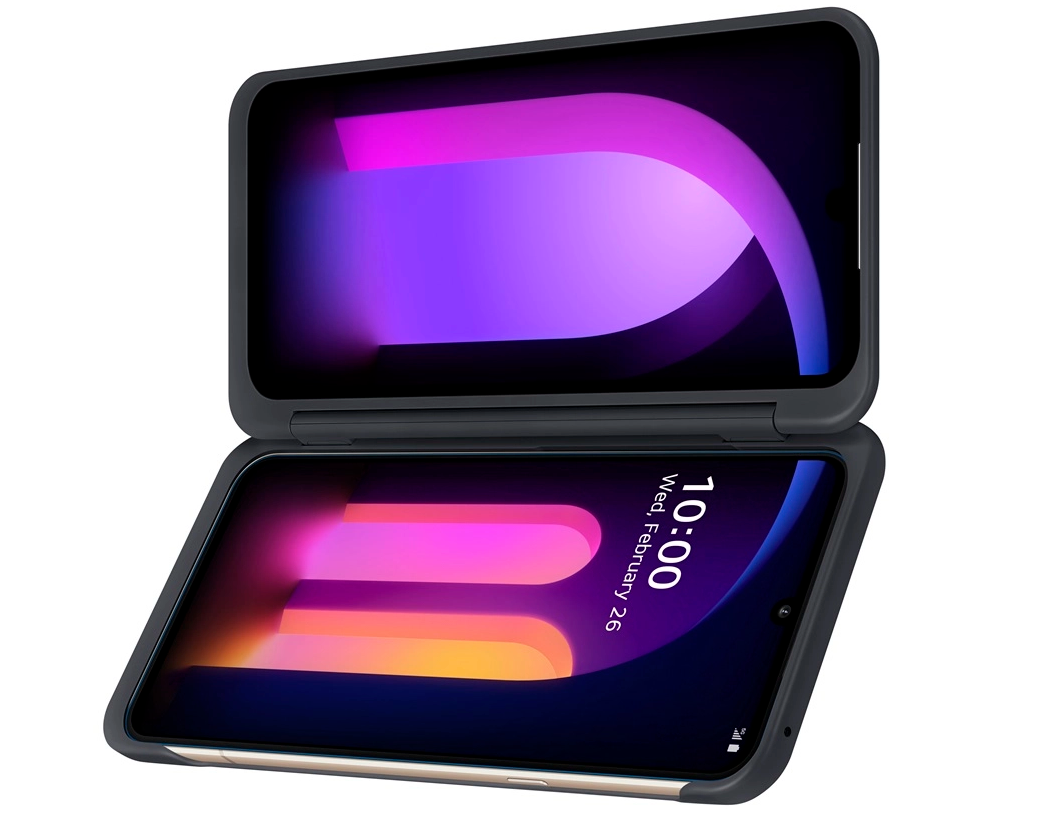 LG finally lifted the veil off its not-so-highly-awaited LG V60 ThinQ. Considering that LG's smartphone division isn't doing too hot, one would expect LG to go all-in with its first 2020 flagship. Based on the phone's spec-sheet alone, LG appears to have taken the one step forward two steps back approach. I'd have said the same about Sony and it's terribly named Xperia 1 II, but that phone gets a few things right, at least. I wish I could say the same about the V60 ThinQ.

There are a few things I genuinely liked about the LG V60 ThinQ. For starters, LG still hasn't axed the headphone jack. The phone's 32-bit Hi-Fi Quad DAC, stereo speakers, and four uniquely positioned microphones are nice too. I was going to include the 5,000 mAh battery here too, but then I realized that it needs to power two screens instead of one, so the extra amperage doesn't really offer much in the way of additional battery life. Everything else about the phone is just frustrating. Let's get into some of the reasons why I ThinQ so.

Let's start with the screen(s). It is baffling as to why LG decided to stick with a two-screen approach. The LG G8x ThinQ, while good on paper, didn't sell nearly as many units as LG hoped it would. That alone should have prompted LG engineers to go back to the drawing board and start over. I think that did happen, but the drawing board broke into two at some point, following which the LG product team thought, "alright, another two-screen phone it is."

LG's in house POLED screens are average, at best. I think rather poorly of them, having used one on the Google Pixel 2 XL. It is baffling as to why LG stuck with an FHD+ 60Hz refresh rate panel. Just about every flagship release we've seen so far in 2020 comes with a 90Hz panel at least. Now, I know that one doesn't need 90Hz on a smartphone, but this is more about keeping up with the competition than anything else. The second screen is little more than a marketing gimmick. It has very few use cases and is meant for a small fraction of users. Not only does it make the phone heavier to carry, you now have to worry about cracking two screens instead of one, which is a terrifying prospect for people with butterfingers.

Moving on from the screen, let's take a look at the cameras. Its 8K 24 fps video recording capacity is nice, but the lack of a third lens is puzzling, and no a ToF sensor doesn't count. Its predecessor came with a dedicated telephoto lens, and it would have rounded things up nicely on the LG V60 ThinQ. Additionally, the front-facing camera got an unnecessary downgrade as well. LG seems to have given up on improving its selfie cameras, and that is a dealbreaker for many selfie-obsessed users. The fact that LG also lags behind its rivals when it comes to camera software doesn't help the company at all. Nobody is buying this phone for its camera prowess, that's for sure.

The LG V60 ThinQ's storage is still USF 2.1, as opposed to UFS 3.1, which has become somewhat of an industry standard. Let's hope that the RAM is LPDDR5, instead of LPDDR4. I doubt that's going to be the case, but hey, one can be optimistic, right? LG also hasn't specified the maximum wattage at which the battery can be charged. Qualcomm Quick Charge 4.0 means that it could be around 27W. 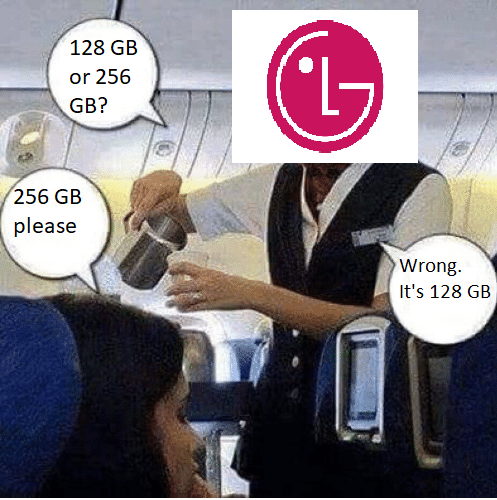 Lastly, the LG V60 ThinQ appears to come only in one storage/memory configuration with 128GB of space and 8GB of RAM. I sincerely hope that LG has other configurations in mind, as the prospect of just one variant is quite unsettling. One can chew through 128GB of storage in a matter of weeks recording videos at 8K 24 fps. Thankfully, LG included a dedicated micro SD card slot where you can dump all your footage. Moving on to the RAM, while there is no doubt that 8GB is plenty for an Android device, 12GB seems to be the 'industry standard,' and it would serve LG well to offer at least one variant with that much system memory.

I don't think that the Galaxy S20 series is overpriced, but the general people do, as is demonstrated by its poor sales volumes in Korea. This would have been an ideal opportunity for LG to attract those disgruntled Samsung fans. If the LG V60 ThinQ came with a single 90/120Hz QHD+ OLED panel, a 5,000 mAh battery, a dedicated telephoto lens, and a ~$800 price tag, it would have been everything the Galaxy S20 isn't. It even has a Snapdragon 865, something that a lot of Samsung users have been clamoring for because, let's face it, the Exynos 990 is just plain bad.

LG and Samsung have been at loggerheads for decades, and this is isn't restricted just to their smartphone divisions. Had the LG V60 ThinQ been designed right, LG could take subtle jabs at Samsung (something fairly common in the consumer electronics space) and advertise the LG the phone as a better, cheaper Galaxy S20 alternative.

Samsung has made it clear that it doesn't care about the ~$800  segment anymore, and now would have been an excellent time for LG to fill that void. LG hasn't revealed the V60's price just yet, but rumor has it that it'll be between $800 and $1,000. I don't think this phone is worth more than $700, given its lackluster hardware. Or, LG could sell the phone with just one screen and knock about $200-300 off the asking price. That would be a fair trade, in my opinion.

There are a few more things I'd like to highlight before concluding my rant. LG's software support for its flagships has been somewhat lackluster, and I don't see that getting better with the LG V60 ThinQ. One would be better off buying the older LG G8x, or even an LG V50 ThinQ, as the V60 seems like a downgrade compared to them both. Sure, you'll have hardcore LG fans that'll buy the V60, but that simply isn't enough. LG needs to incentivize fans of other brands to make the switch, and I don't see how the V60 ThinQ does that.

For a company that pledged to do better, LG has done the diametric opposite with its first 2020 flagship. Rumor has it, that LG will reportedly scrap the G series this time around, so it could be a full year before we see another phone from them. I sincerely hope that LG manages to gather its bearings and stops chasing the dual-screen form factor. Only a handful of people want it, and they're better off buying a Microsoft Surface Duo instead of whatever LG has to offer.