Opera has just released an updated version of its developer based browser, and it comes packed with a bunch of great features, with the marquee one being support for a free built-in VPN service. 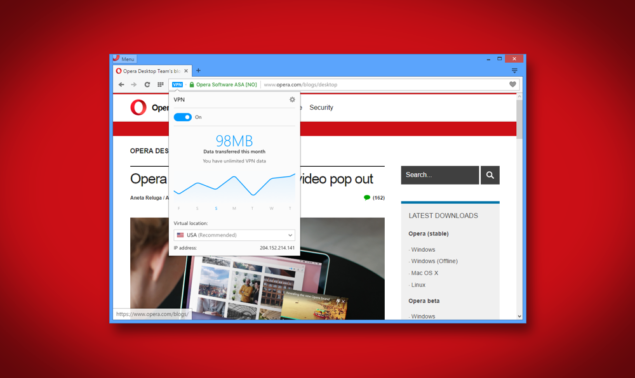 If you stroll through the Web right now, you'll come to realize that there are literally hundreds of VPN services out there. While all get the job done in a swift manner, protecting you from being intercepted when you're online, but many VPN services are paid, with some being capped at a certain usage limit. Thankfully, Opera has hopped onboard to fix this downside of the VPN world, and has launched a new version of its browser tailored for developers, with a free, built-in, unlimited VPN service. 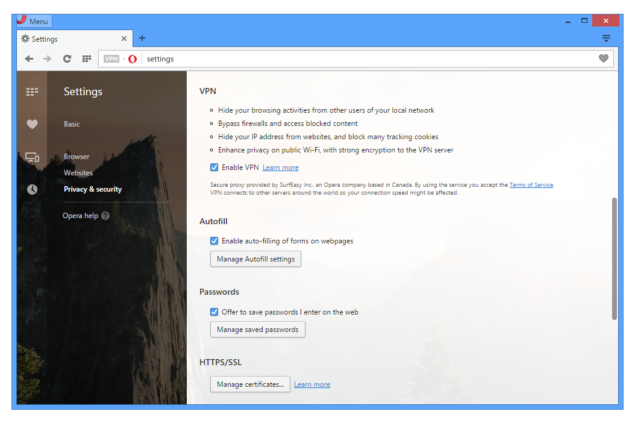 According to Opera on its blog:

We are the first major browser maker to integrate an unlimited and free VPN or virtual private network. Now, you don’t have to download VPN extensions or pay for VPN subscriptions to access blocked websites and to shield your browsing when on public Wi-Fi.

Regarding the limited nature of current VPN services, Opera has this to say:

Until now, most VPN services and proxy servers have been limited and based on a paid subscription. With a free, unlimited, native VPN that just works out-of-the-box and doesn’t require any subscription, Opera wants to make VPNs available to everyone.

Simply launch the Opera browser, go to Settings and click on the 'Enable VPN' button to get yourself protected. It's absolutely free and there are no strings attached. There aren't even any usage caps as we mentioned above. 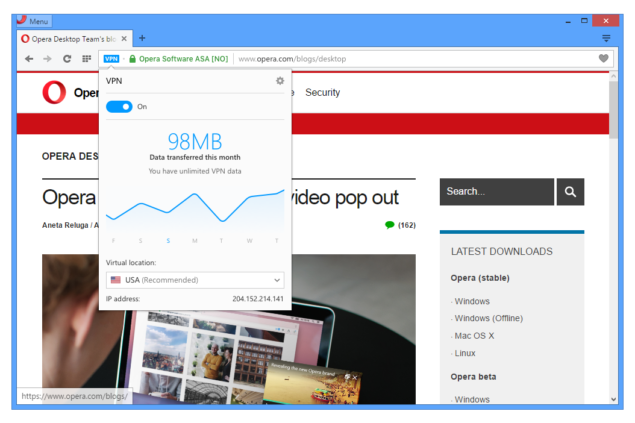 Enough of the VPN bit, let's get to the part where you download the browser onto your PC or Mac and get started. Simply head over to this link, and click on the green 'Download' button. The Opera browser will download and you can start using it like the normal version, despite this one being aimed at developers.

Since the VPN service is available for developers right now, there's a high chance that this feature will roll out for regular users in a short period of time, so sit tight for a while if you don't wish to download the developer edition of the browser for any reason. But hey, it's free, and there's no mainstream browser out there with such a feature on-board, so we suggest that you download it straight away!

The Best Affordable Robot Vacuum Cleaner To Buy Right Now Without Breaking Your Bank ($199 Only!)