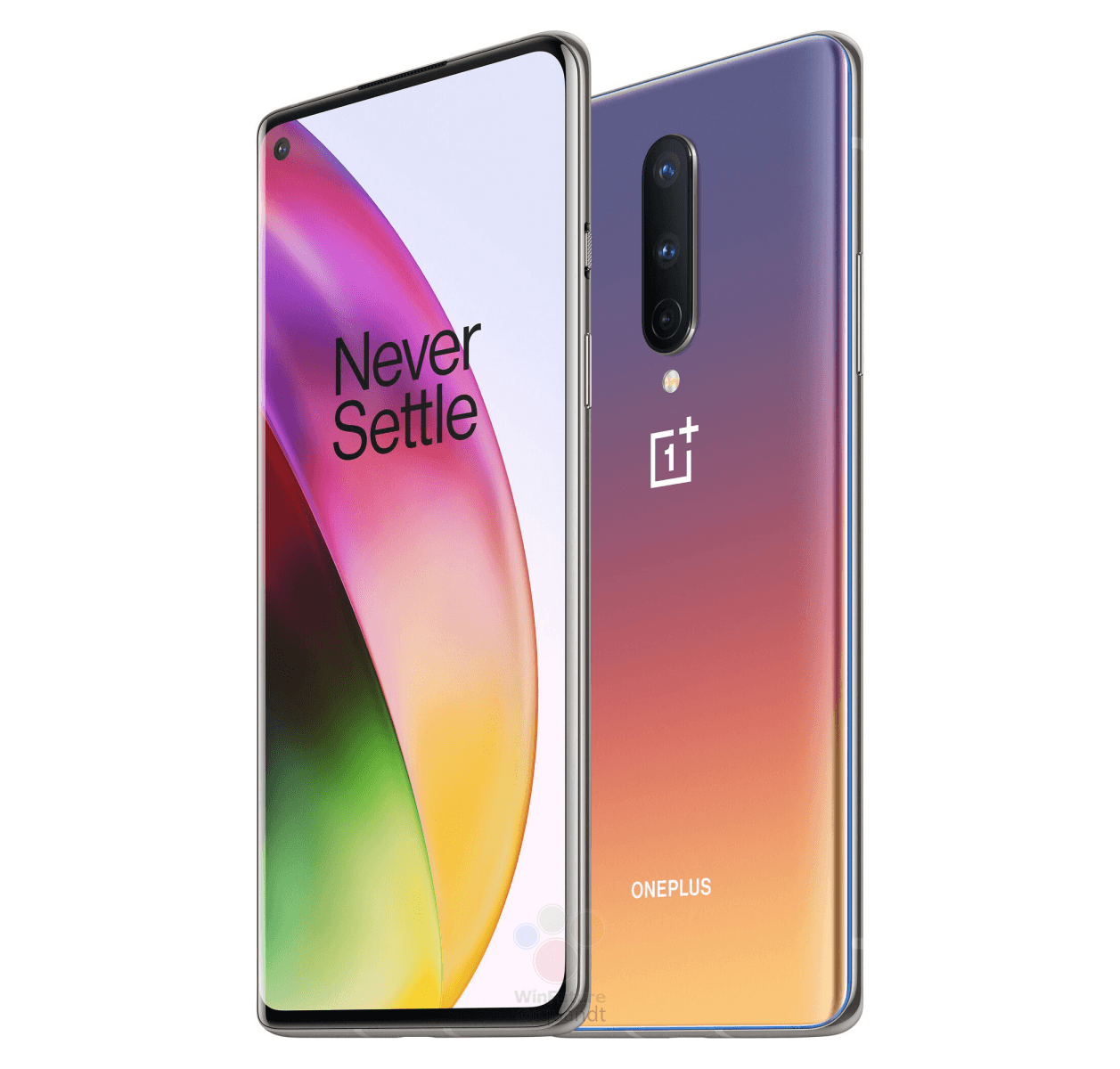 At this point, OnePlus 8 is all but a surprise. It has been leaked a number of times. Everything ranging from the suggested release date as well as leaked renders and specifications. It is safe to say that everything about the device that we want to know is already available to us. Although the phone is not officially available, if you would like to take part in receiving the phone before its launch date, you can take part in a review program that OnePlus is working on.

The leak that we have our hands on today reveals a number of color options for OnePlus 8. Seems like that the company is revealing some interesting colorways this time around. This will not be the first time as the company has shown off what it is capable of when it comes to different colors and finishes.

The Leak Reveals that OnePlus 8 Could Release in Interstellar Glow, Onyx Black and Glacial Green

The leaked colours are certainly looking good. While black is something we had already expected, the colors that interest us more are the Interstellar Glow as well as the Glacial Green. The former has become a lot more common with many companies as they are focusing on bringing newer as well as cooler looking finishes. If you are interested in checking out the different OnePlus 8 colors, check them out below.

Aside from these colors, there is not much information available on the devices that we already do not know. We know that you are getting a 120Hz WQHD+ screen on the OnePlus 8 Pro and a 90Hz FHD+ screen on the OnePlus 8. The elder sibling is also getting more goodness in the shape of IP68 rating as well as wireless charging, making it flagship to beat. As for the pricing and availability, we will have to wait for the official reveal happening in the middle of April, provided the leak is correct.

Last but not the least, we would like to add that these are most probably not going to be the only colours that the device will be available in. OnePlus has a history of launching special edition devices, so you are more than likely to see more colorways once the phone officially launches.